Costco to come to Wheaton Mall

County spokesperson Patrick Lacefield announced in July that a Costco warehouse will open at the Westfield Wheaton Mall. The Maryland County Council and Board of Appeals are still undecided about whether to allow a Costco gas station to be built as well. The Wheaton Redevelopment Advisory Committee (WRAC) predicts that the warehouse will open around late 2011 or early 2012. 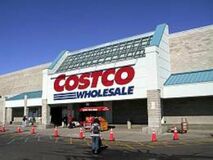 Photo: The Beltsville Costco is one of the existing warehouses around the D.C. area and has a popular filling station.

Photo: The Beltsville Costco is one of the existing warehouses around the D.C. area and has a popular filling station. Photo courtesy of Costco Warehouse.

Costco is currently lobbying for a Board of Appeals special exception that would allow a gas station to be built in a zone that is not designated for such construction. This time-consuming process may take up to a year for approval, according to the Gazette.

The special exception process enables the public to voice their opinions and concerns through public hearings. Because of this, Donna Savage, chair of the Kensington Heights Civic Association Land Use Committee, is convinced that Costco is not going to get the support that they need from the community. "There is...no way that a gas station is going to be approved under the special exception process," she said to the Gazette.

As development is underway, the gas station has raised concerns with residents over the past few months due to the proposed lot's proximity to a local pool and neighborhoods. The Costco station would be another gas station in an area that already has 14 stations, and some residents want neither the extra pollution nor the extra traffic that they believe would be brought to their community.

In March, on behalf of Costco and Westfield, County Executive Isiah Leggett proposed a bill called the "Zoning Text Agreement," which would allow Costco to build a gas station in a general commercial (C2) zone. Although the Council unanimously struck down the amendment in May, it agreed to give Costco $4 million to build the new location, according to County Councilman George Leventhal.

Despite the gas station complications, Leventhal is confident that bringing Costco to Wheaton will have a positive effect on the community. He believes that Costco provides goods at a very low price, which would be beneficial for county residents who are suffering from the current economic situation. "There will be a really popular and convenient amenity for people around Montgomery County," Leventhal said. In addition, he said that there will be hundreds of jobs created by the store.