Hdru, an exchange student, grew up in Germany, but fondly remembers his visits to his family in Eritrea. Hdru loves his Eritrean background, but he believes that Eritrea has a long way to go to reach its full potential. The country's development was halted for years because of its civil war with Ethiopia.

Eritrea and Ethiopia's thirty-year-long civil war ended almost twenty years ago, and Eritrea split from Ethiopia as a result. The two countries remain bitter enemies, and they had a border dispute that led to another war thirteen years ago.

After the wars, massive amounts of people emigrated from both countries, including Hdru's parents. "After the war, Eritreans live in Europe and Ethiopians in the U.S.,” says Hdru. He estimates that 150,000 Eritreans now live in Europe. Hdru explains that Eritreans like his family came to Europe by boat in the Mediterranean Sea. Life wasn't as hard in Germany for the Hdrus as for the typical immigrant. 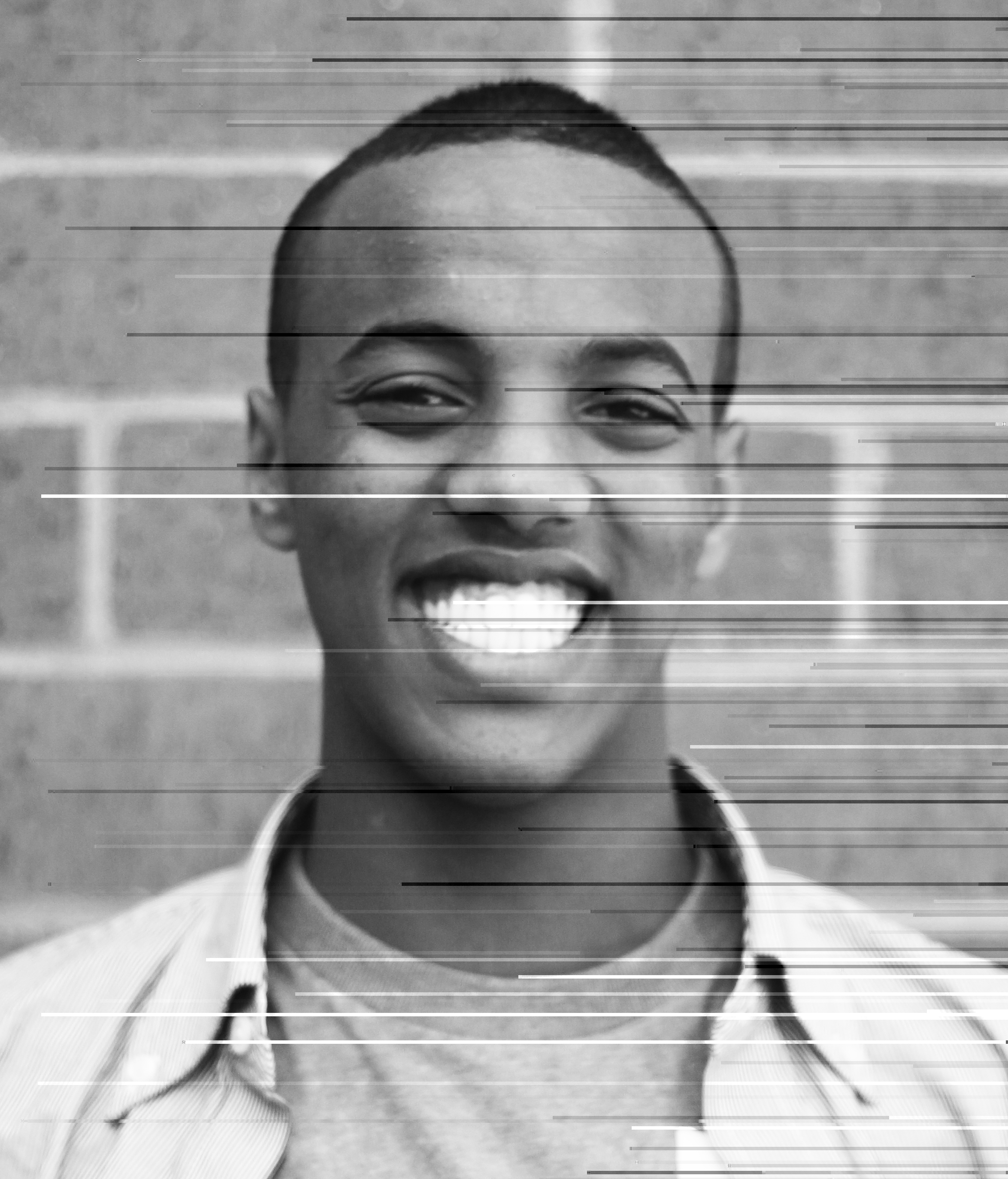 "Germany's the bureaucrat state, but the people there are really nice to me,” he says. Hdru thinks that Americans are very nice to him too because they sympathize with his immigrant origins. "Every American has an immigrant background,” he says.

Even though he is welcome wherever he goes, Hdru has to manage two different lives at the same time: his Eritrean life at home and his German life at school. There are 10 families of Eritrean immigrants in his neighborhood in Germany, so Hdru still feels a strong sense of community in Germany.

"I have my own life, but I also have my own life in the community,” he says. "Eritreans outside of Eritrea are always really close. They help each other, but they don't close off from Germans.” Eritreans in Germany make an effort to integrate into their new communities. In fact, Hdru says that whenever he goes back to Eritrea, he has to reintegrate himself.

Despite the lack of brotherhood between Eritrea and Ethiopia in Africa, immigrants from the two countries get along well. "Outside of Ethiopia and Eritrea, they don't hate each other,” Hdru says. "It's like a family.” He even has some roots in Ethiopia; his mother, although Eritrean, grew up in Ethiopia before she returned to her native country.

In addition to giving him a wider perspective on culture, Hdru thinks that living in Germany instead of Eritrea has been better for his educational opportunities. He says that although every student in Eritrea must go to school until the fourth grade, "seventy to eighty percent of young people don't go to school.” After the fourth grade, all classes are in English, and it is "really hard to make graduation. People graduate only in big cities.”

Instead, they work to help support their families. The Bureau for Africa estimates that eighty percent of Eritrea's economy is based on farming, and many children are unable to attend school and work on the farms at the same time. 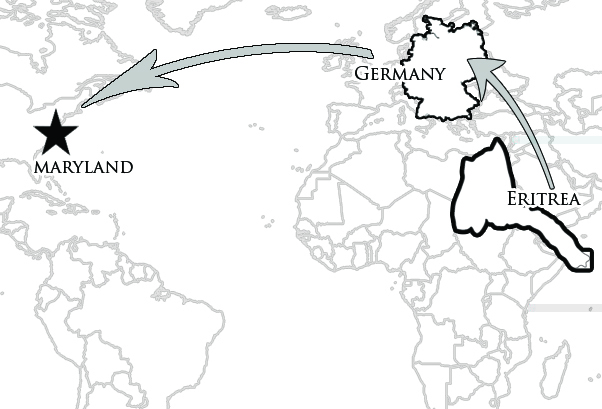 Still, there are efforts to develop the country's educational system. Hdru's aunt built a school in her village to improve the education of the children in her area. Hdru sees this as an example of how much one person can move things in his country.

Hdru himself also wants to one day go back and help his country. He says this is a common dream among the others in his generation. He believes it is time for "the young generation to change something.” After an Eritrean student finishes school, he or she must work for the state for up to seven years. Hdru says, "Eritrean youth want to change that system. We saw the revolutions in Egypt and Libya and Tunisia.”

Still, Hdru is proud of the progress Eritrea has made in its time as an independent nation. "For a while,” he says, "Eritrea was the youngest state in Africa.”

His fellow immigrants like what they see on their trips back to their homeland. "It's growing up,” Hdru says. "In Asmara, the capital, there are new buildings. We are happy to see it.” Hdru is eager to get an opportunity to go back and do work like his Aunt. "Maybe now,” he hopes, "the first foreign generation can go back to Eritrea and change it.”