MCPS to retest all schools for levels of transparent carcinogen

Montgomery County Public Schools (MCPS) sent letters home with students at several different schools to notify parents of elevated levels of radon in certain rooms of their children's schools. After these letters were sent home on Tuesday, Dec. 1, MCPS announced that it will retest all schools and other facilities for radon, and will establish a new program for monitoring radon.

High levels of radon were also found, in many cases, in tests from the 1990s, but the reports were not made public until recently. Blair Principal Renay Johnson was unaware that MCPS measured radon concentration in schools. "To be quite honest with you, until it all became public, I didn't even know that it was something they did," she said. 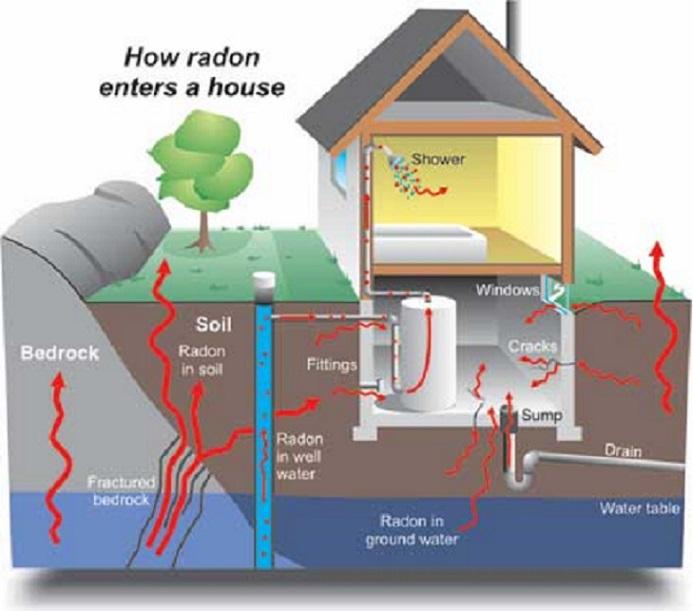 Radon in a house

Photo: Radon enters the air after moving up through the ground and bedrock where it is formed.

Photo: Radon enters the air after moving up through the ground and bedrock where it is formed.

Radon, the second leading cause of lung cancer in the U.S., is a colorless, odorless, tasteless, radioactive gas. It is formed by the natural breakdown of uranium and radium in rocks and soil underground which works its way up into the air or through cracks or holes in the foundations of buildings, where it accumulates. It is found naturally throughout the world, but in high concentrations it can be detrimental to health. The U.S. Environmental Protection Agency (EPA) recommends that schools test for radon frequently and that they maintain radon concentrations under 4 picocuries per liter/L (pCi/L).

In 26 schools, as well as the Rocking Horse Road Center daycare and the Lathrop Smith Environmental Education Center, where many students go for Outdoor Education in middle school, the levels of radon in one or more rooms were above the recommended 4 pCi/L. While some schools, such as Highland Elementary School had only slightly elevated quantities of radon (reporting 4.1 pCi/L in one room), others had amounts which were significantly higher than recommended. The Smith Center, for example, had 11.9 pCi/L of radon in one room.

Nonetheless, county officials assured that those who frequent the schools where high levels of radon were found are not in pressing danger. "We do not believe we have any immediate safety issue at these schools," MCPS spokesperson Brian Edwards said. The levels of radon were not so high as to be too detrimental to individuals' health, and risk of lung cancers require prolonged exposure to radon to increase. As a measure of precaution, MCPS has decided to test all of the 202 schools in the county for radon. 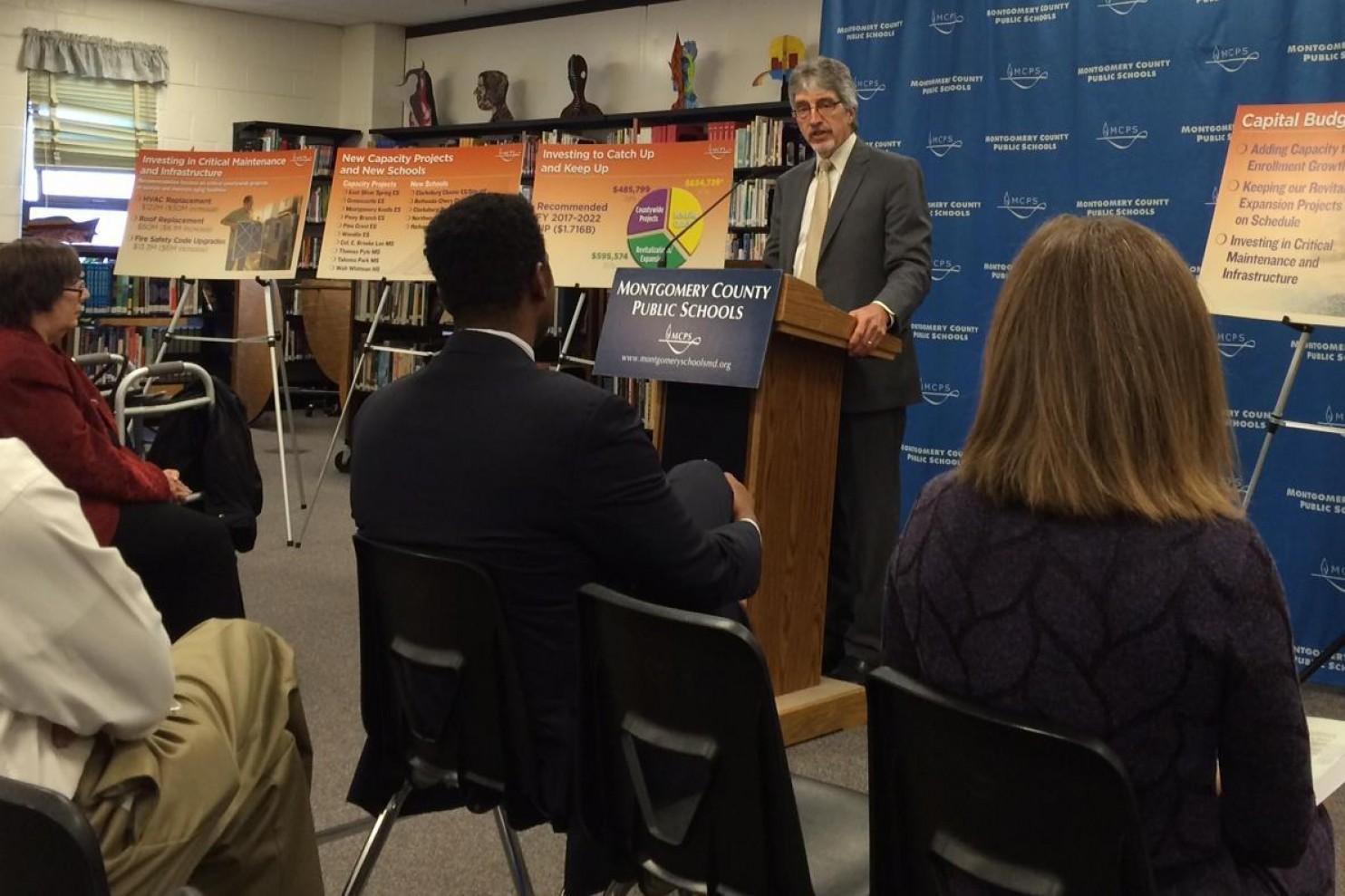 At Montgomery Blair High School, the most recent measurement as of Nov. 3, 2015, recorded a maximum concentration of 2.4 pCi/L of radon in any classroom, which was well below the 4 pCi/L threshold. According to Johnson, the radon quantities in the school were last measured three years ago, and will be retested in the upcoming months.

Johnson was relieved by the results. "As a principal, I looked through that list [of schools with high levels of radon] and I was like 'whew,'" Johnson said. She explained that for the schools with elevated amounts of radon, however, the discovery is concerning, especially for those who work at the schools. "You know students come and go and they cycle out after a few years, but for the staff that's still working in those buildings it's pretty scary," she said.

MCPS has said that they will address any safety concerns that may arise, but for now they are focused on retesting schools.