The Montgomery County Council proposed a revolutionary bus transit system to connect various cities together, such as Gaithersburg and Silver Spring. The development plans outline 17 new bus routes, the first phase of construction to begin in about three years and new bus-only lanes to decrease traffic congestion for transit vehicles. It is now in the planning phase. 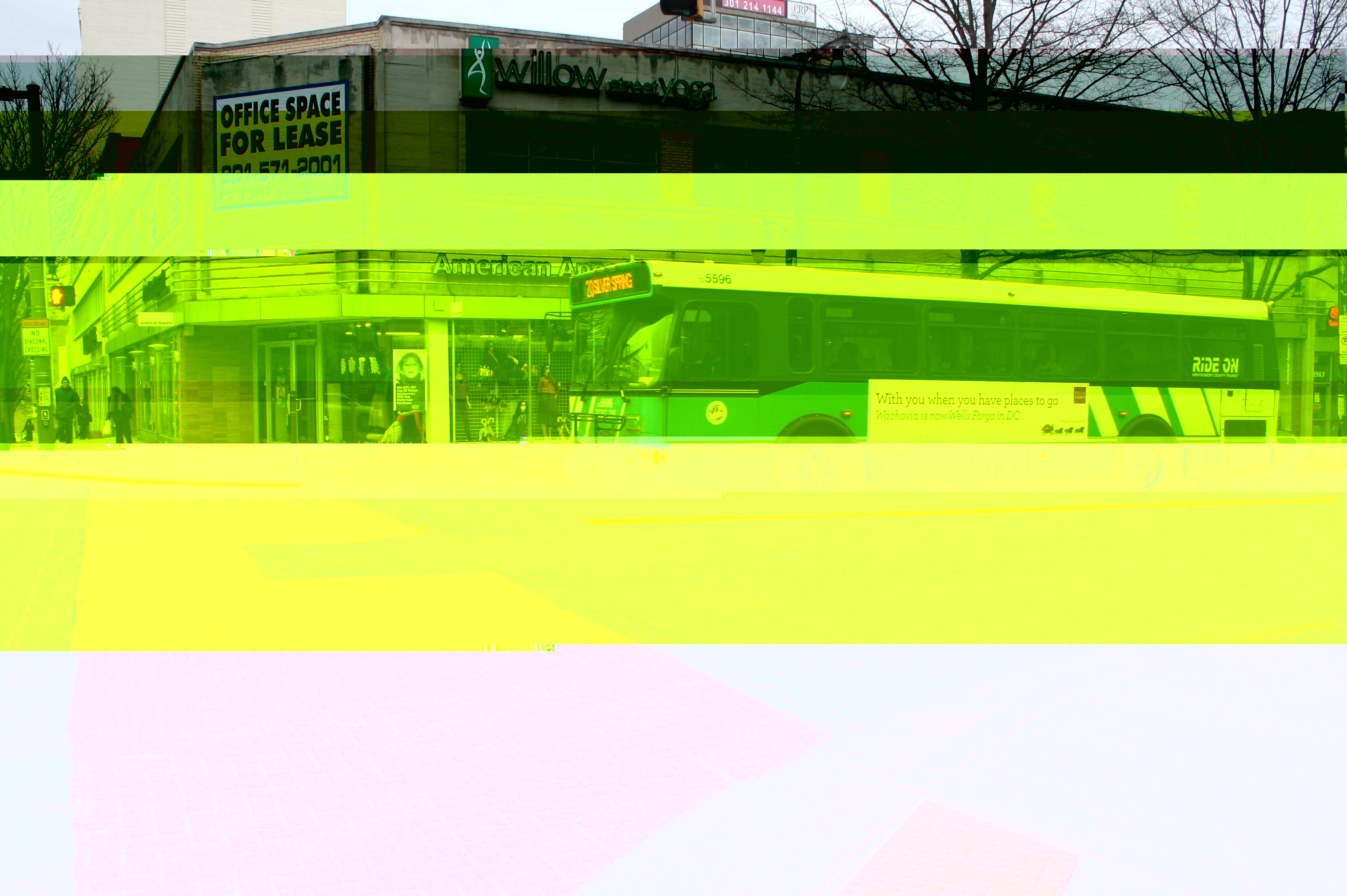 Photo: A Ride On bus prepares to turn at the intersection of Fenton Street and Colesville Road in downtown Silver Spring. The new Montgomery County transit system may offer a convenient alternative to Ride On buses.

Photo: A Ride On bus prepares to turn at the intersection of Fenton Street and Colesville Road in downtown Silver Spring. The new Montgomery County transit system may offer a convenient alternative to Ride On buses. Photo courtesy of Molly Ellison.

According to The Traffic Group President Wes Guckert, the purpose behind the new bus transit system is to provide a better mode of transportation for commuters. The new transit system will run faster than other bus routes because buses will run independently in designated bus-only lanes and away from other traffic.

The transit system is still in the planning stages, but will ultimately cover 170 miles over the 17 different routes. The plan focuses mainly on Route 29 (Colesville Road), parts of Georgia Ave., Route 355 and Veirs Mill Road. The buses will also run along the new Intercounty Connecter (ICC).

Guckert created the conceptual design and is estimating costs before the project can move on. According to the original feasibility plan, the total cost is estimated to fall between $1.5 and $2 billion, although Guckert believes the price will decrease as the plan is fine-tuned. The funding for the project, however, is still unknown and will be determined once the cost is finalized.

According to Guckert, the idea for the transit system was proposed by Takoma Park Councilman Marc Elrich. "Marc Elrich conceived a bus transit system unlike any that exist in the U.S. with transit routes that will criss-cross the county," he said.

The bus-only lanes will be built in the large median strips of certain roads, such as Route 29, to allow transit vehicles to move faster and to be uninhibited by rush-hour congestion. Guckert hopes that construction of the first few routes will take place in three to four years.

The bus system will also be affordable for anyone who wants to use it. "It is going to be a cost effective way to travel," Guckert said. "[People] will be able to go faster and more efficiently, unlike any [bus transit system] we have ever seen."