Last Thursday and Friday, Blair's crew team competed in the largest American high school regatta of the year, on the Schuylkill River in Philadelphia. As a member of U.S. Rowing, Blair entered the regatta for the second year in a row. 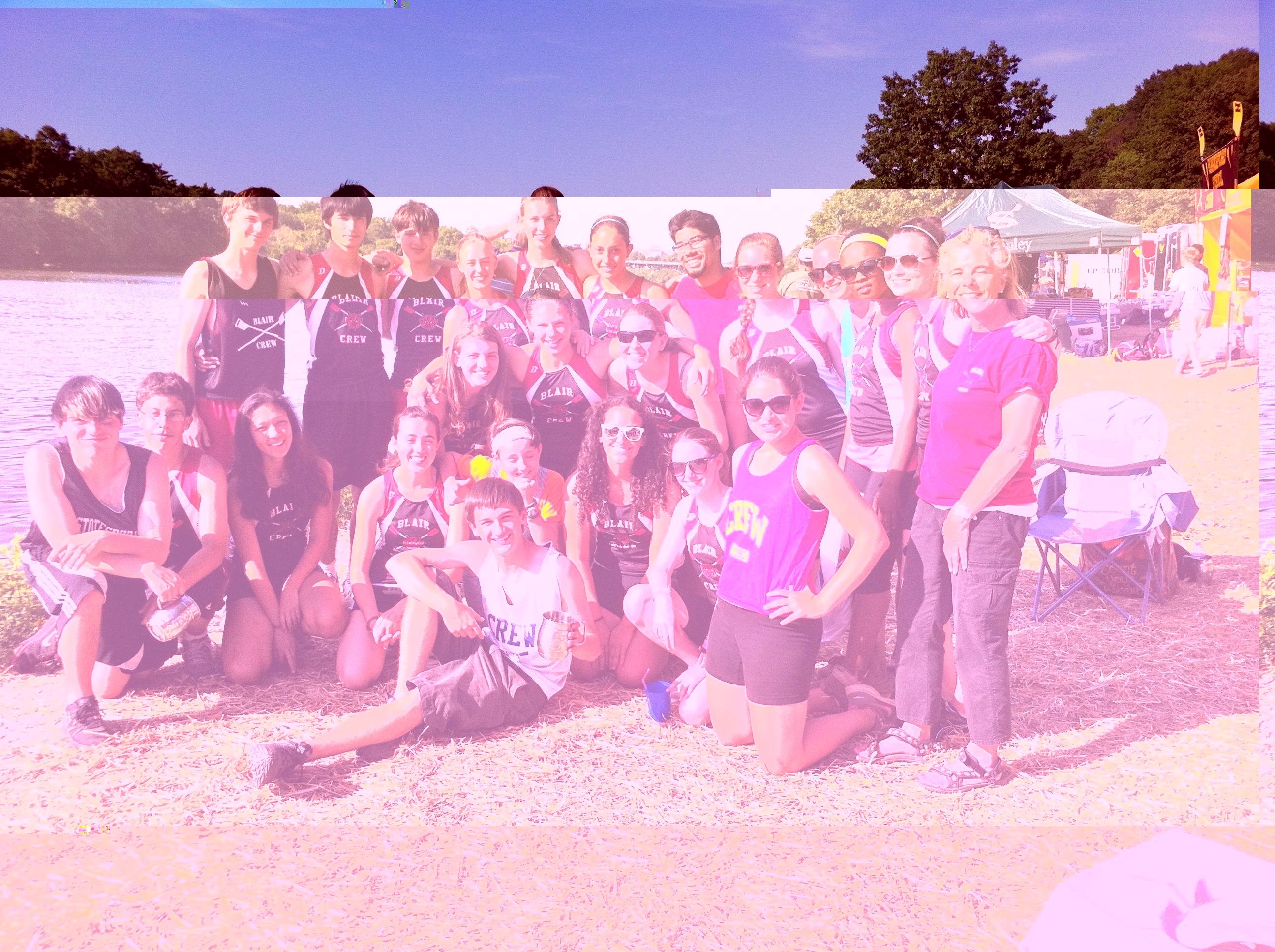 Blair had three teams participate in last week's events, the Girls Junior 4+, the Boys Senior 4+ and the Girls Senior 8+. Juniors Keianna Simms, Annie O'Connor and Alex Fitzpatrick and sophomores Jeanne Garner and Sadie Isakower were in the Girls Junior 4+, Blair's most competitive race. The group placed 31st out of 61 boats.

According to head coach Eva Sullivan, the Girls Senior 8+ had an excellent race after they overtook another boat in the chute. They finished 21st out of 36 boats and were only six seconds short of placing in the top 18 that went on to semifinals. The group was comprised of seniors Becca Ederer, Madeline Hoggarth, Emmy Johnson and Claire Sleigh, juniors Ellie Mejia and Rachel Auerbach and sophomores Adrianne Kehne, Adela Armstrong-Spielberg and Desiree Aleibar. "It was disappointing to have missed it by just six seconds, but I'm still proud of how well we rowed," Ederer said.

Sullivan was extremely pleased with the way the team performed at the regatta. "I am so proud of everyone on the team. We've really come a long way and this [last week's] showing, our best ever, is proof of all the hard work the team has put into crew this year," she said, referencing the team's workout regimen. The team trains five days a week, which includes three days in water and two days of land training.

Lewis believed that Blair's constant improvement in recent years has transformed them into more of a threat for its competition. "We've seen great improvement this year. I think we're getting on other teams' radar as a [fierce] competitor for years to come," he said.

Although the team performed well, Sullivan was worried about the crew's future at Blair. Her biggest fear was that the lack of funding may stagnate the team's ability to improve in future years. "Our team has gotten better and better every year, but we need better equipment if we want to continue improving and unfortunately it's very expensive," she said. "We get no sponsorship from Blair or MCPS, so we would love to find a major sponsor."

Currently, the Crew's JV division is preparing its Girls Novice Eight boat for Nationals in Camden, NJ. The JV team won its regional championship and qualified for the competition.