Photo: The girls hold their trophy with pride. Picture courtesy of Kevin Milsted

Photo: The girls hold their trophy with pride. Picture courtesy of Kevin Milsted

Junior Jennifer Sholar was the strongest runner for the girls and finished second overall in a solid 22:22 minutes, only three seconds behind Northwood's Morgan Kershner. According to Sholar, the two ran close to each other for most of the race. "We traded off between first and second several times throughout," Sholar said. Kershner closely overtook Sholar in the final stretch of the race. Co-coach James Demma was surprised and pleased with Sholar's second place finish. "We didn't have expectations for her to finish where she did, but she decided to do it," he said.

Sophomore Myla Sapp followed right behind Sholar and engaged in another close finishing race with Einstein's Sisi Reid. Sapp initially remained in a pack with several other Blair runners, but broke away near the end to finish third in 23:26 minutes. When the rest of the pack - freshman Jinhie Skarda, junior Natsnet Mehreteab, sophomore Hannah Buchek and junior Theresa Regan - finished in fifth, sixth, eighth and ninth place respectively, the girls secured their victory. They were cut off only by Einstein's Caitlin Power in seventh place. "Without that pack we would not have won," co-coach Eric Prange said. 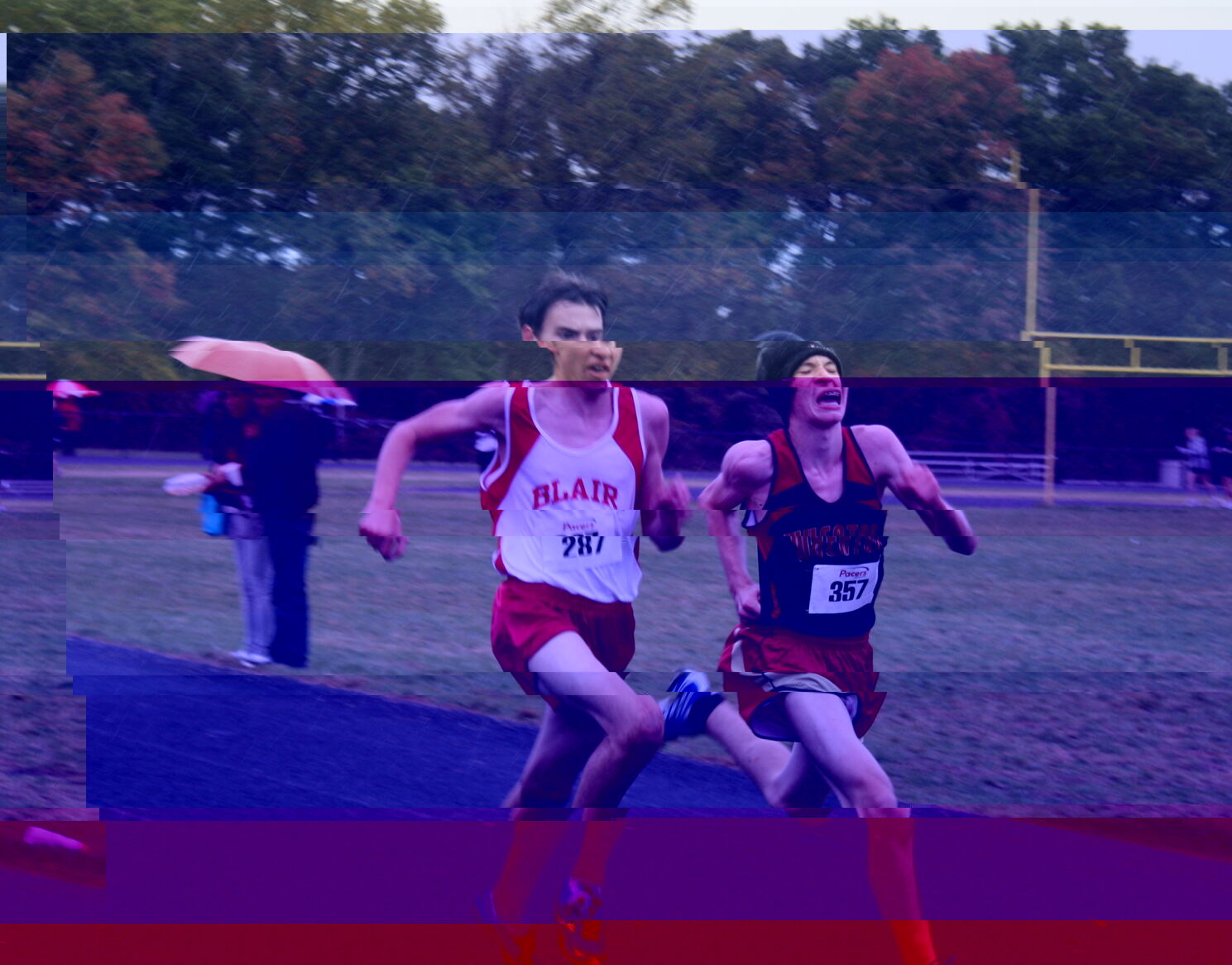 Einstein and Northwood runners dominated the top seven places in the boys race. Andrew Ceruzzi and Nick Simpson of Einstein took first and second place with a mere two-second difference in times, finishing in 18:34 and 18:36 minutes respectively. Though Northwood had three runners in the top seven, Blair claimed many of the following spots. Sophomore Connor Donahue came in first for Blair and eighth overall with 19:33 minutes, followed by sophomore Gregory Kehne in ninth place with 19:50 minutes. "I didn't set a personal record, but I mostly tried to stay behind a leading Northwood runner," Donahue said.

Juniors Connor Dowd and Gabe Pollak finished right after Kehne and Donahue in twelfth and fifteenth place. During the race, Dowd stuck with a pack of Einstein runners, but tripped and was not able to completely recover afterwards. "After that I just kept running, but I didn't catch up," Dowd said.

Despite their loss, Demma was proud of the boys' performance. "They ran well and fast," he said. "They are still improving, so you can't be upset about [their loss]." 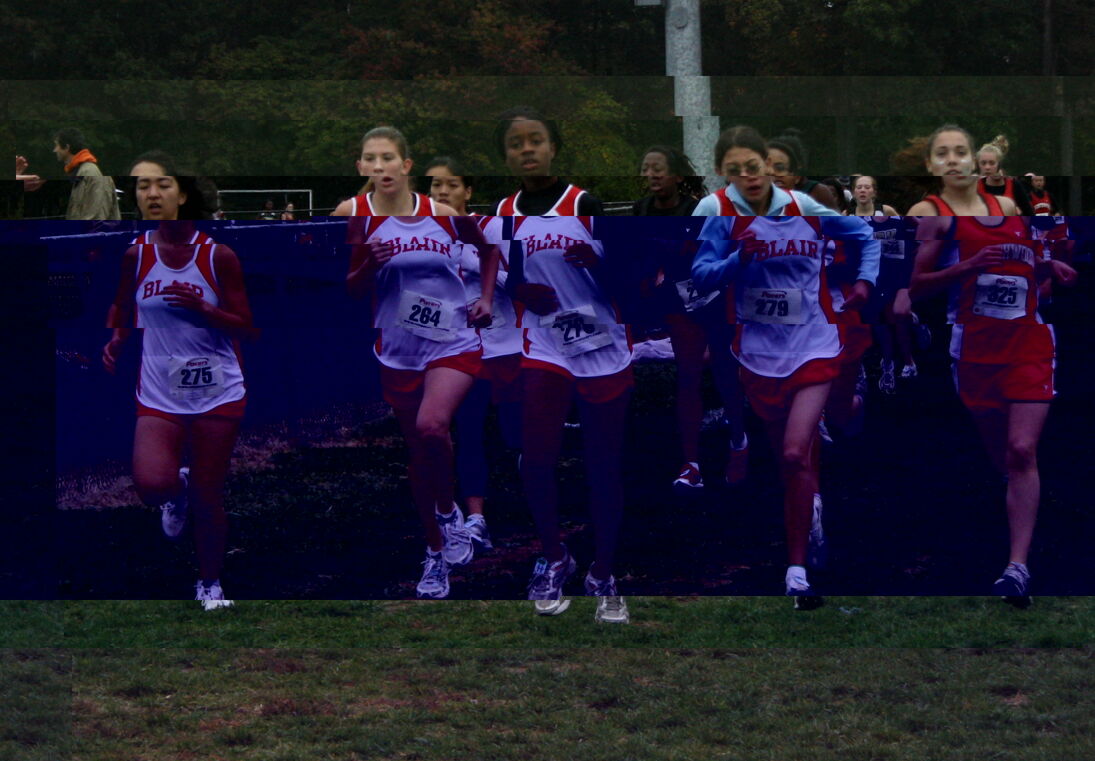 Photo: Junior Theresa Regan, sophomore Hannah Buchek, sophomore Myla Sapp and freshman Jinhie Skarda run in a pack to get ahead of other schools.

Photo: Junior Theresa Regan, sophomore Hannah Buchek, sophomore Myla Sapp and freshman Jinhie Skarda run in a pack to get ahead of other schools.

The rain, which persisted through both the girls' and boys' races, had varied affects on the runners. "Before the race I was really worried about the puddles and muddiness," Sapp said. "But once the race started I just focused on running." Others, such as Donahue, were negatively impacted. "It definitely affected my time," Donahue said.

A parent and coach race, in addition to a 2.5K race with DCC feeder elementary and middle schools, followed Blair's competition. Demma thought it was an enriching event for all the teams. "It's a great thing Northwood started the DCC Championship. It's a great rival-building meet," he said. Senior captain Jan Nguyen agreed. "I think this was a great opportunity to get out there and run a great race," she said. "It was definitely a confidence-booster."