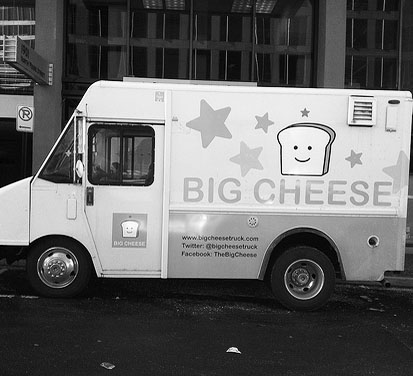 Photo:
It would be a dreary day in Farragut Square if not for the small group of laughing, young professionals off from work for a quick lunch break to warm up before they head back to the office. Their stop of choice? The Big Cheese, an inviting truck that serves the most deliciously all-American comfort food on the classy side of casual: gourmet grilled cheese sandwiches. With a selection of all-natural, locally produced ingredients, The Big Cheese strives to offer a number of yummy toasted-bread-and-cheese combinations, including its most popular sandwiches, the traditional Barely Buzzed (cheddar on sourdough bread) and Midnight Moon (gouda and caramelized onions on whole wheat bread). The Big Cheese is also famous for its tomato soup, a spicy concoction with a rather thin consistency but a supremely bold flavor.

One of the truck's most appealing aspects, apart from the warm food, is the warm service. The employees are personable and friendly, carefully writing down names and striking up conversation about new food truck laws. The food is tasty and reasonably priced ($6.60 for a good-sized sandwich and $4.50 for a cup of soup) - the perfect treat for a rainy day in the District. 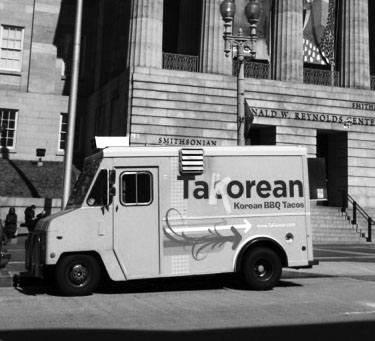 Photo:
What do you get when you mix Korean barbecue with Mexican tacos while in California?

Although it sounds like the beginning of a bad joke, this was the basic principle used to create the first Korean/Mexican food truck that has roamed the streets of Los Angeles since 2008. Founder and head chef Roy Choi and some friends needed a late-night snack and decided to concoct the first Korean/Mexican taco. The L.A. truck (called Kogi) has become a sensation, and the once-small business now operates four different trucks and one restaurant location in downtown L.A. The food fad they began has now extended all the way to Washington, D.C.

The TaKorean truck runs a separate operation based off but unaffiliated with the original L.A. truck. But the concept remains the same - well-marinated Korean barbecue inside a soft-shell taco. The tacos come in three different variations - Bulgogi Steak, Tangy Chicken and Caramelized Tofu - and cost $3.00 per small-sized taco. The curious combination of tacos and Korean filling blends surprisingly well and is worth the experience; however, the line can be long, so get there early. 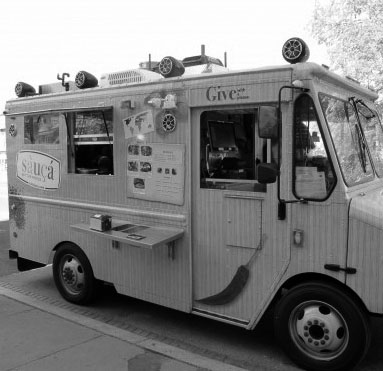 Photo:
With a regular cycle of dishes including at least one meal from every inhabitable continent in the world, the Sâuçá truck's menu is truly one-of-a-kind. From Mumbai butter chicken to the Medi veggie entrée from the Mediterranean, from Mexicali fish tacos to North American Buffalo Wings, Sâuçá's huge range of meals are all tasty and unusual. Although the meals hail from a number of countries around the world, most dishes are served as filling inside of a wrap, making the food more portable for meals on the run.
And each globally diverse morsel is perfectly delicious. The Sâuçá chefs have mastered the difficult art of preparing a diverse array of food, making every dish different and proudly upholding the mission statement to provide the streets of the nation's capital with interesting international cuisine. And because of the cycling menu, no matter how many times you find this truck it will always offer something new. Portion sizes are small, and a bit expensive at $8.00 per dish, but the bold Sâuçá taste is well worth the investment. 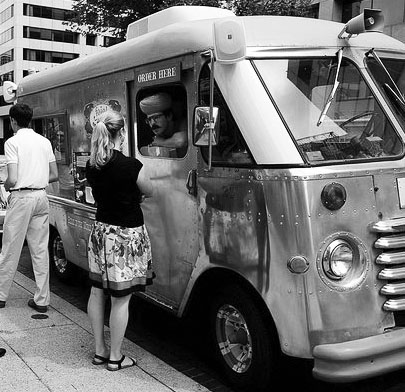 Photo:
Two dashing men in turbans and fake mustaches serve a long line of patrons from the pink-rimmed window. Occasionally they sing along to the funky music playing from the stereo as they take orders and put together food. A couple of customers relax on the large blanket set on the grass nearby for patrons; another washes her hands in the handy sink on the side of the truck. It's just another day at the delightfully scrumptious carnival that is the Fojol Bros food truck.

The Bros truck is one D.C.'s most popular for good reason. The truck's atmosphere is lively, and the specialized Indian food is delicious. There are two options for a bite at the Fojol truck, each based off Indian or Ethiopian cuisine and given its own made-up name by the chefs. Spicy, curry-like 'Merilindian' dishes like buttered chicken or chicken masala mingle with 'Benethiopian' food like beef berbere or lentils with beef, which is eaten with the fingers on injera. The entrées are the perfect blend of spicy, exotic and reasonable; for dessert, the 'bros' serve flavored frozen lassipops to finish off the experience. Most dishes are $7.00 for a relatively large portion.