On Sept. 15, the Montgomery County Council held a hearing on Expedited Bill 25-1, also known as the Curfew Bill. The bill, which Council President Valerie Ervin proposed on July 26, was up for debate this past Thursday, but the decision was rescheduled for an undetermined date in November. 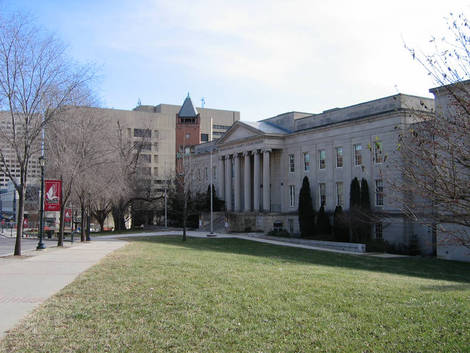 Photo: The curfew bill scheduled to be passed on September 15 has been postponed to November.

Photo: The curfew bill scheduled to be passed on September 15 has been postponed to November.

The proposed bill, which would give minors an 11 p.m. curfew on weekdays and a 12 a.m. curfew on weekends, is intended to combat juvenile crimes related to gang violence in Montgomery County. The bill was initially introduced after the riots in Silver Spring on July 4; the August 15 flash mob in Germantown sped up the decision process.

The public reaction to the bill has been generally negative. According to Student Member of the Board (SMOB) President Alan Xie, the unenthusiastic public reaction contributed to the decision to delay the hearing. "When making a decision like this, you must convince the people that this is the right thing to do, and right now people aren't so sure about that," Xie said. He also mentioned that studies on curfews have proven that restraints on curfews don't decrease crime, but merely delay the offense.

The largely negative public reaction has also forced the county to host a Town Hall meeting, in which residents of the county can voice their opinions regarding the Curfew Bill.

Jodie Diamond, a Montgomery County resident and parent, realized that although the bill seemed beneficial on the surface, it would detract from the parent-guardian role in deciding punishment. "I employ a curfew for my kids and they get punished if they break it. This [curfew] would be even more incentive for them to come home on time," she said. "But if they are late by five minutes, it'll be okay by me, although it wouldn't be okay by the law, and that's a little ridiculous."

Senior Sofi Sinozich believes the bill, if passed, will not be effective. "I think it's impossible to enforce fairly, is a waste of money and time for the police force and will ultimately be ineffective in combating youth crime," she said.

Social media has also influenced the scale of the debate. About a day after the bill was proposed, Xie and 17 year old Abigail Burman created a Facebook group called "Stand Up to the MoCo Youth Curfew!" to encourage students to testify and attend the bill's hearing. More than 5,000 students signed up for the event.

Sinozich believed that the decision was postponed until November because the Council realized how drastically the curfew could impact lives. "They saw the kids and parents protesting and realized they needed to seriously consider the arguments," she said.