Blazers lose their third game of the week

The Blazers (7-6) were optimistic coming into the game, but they lost to the Damascus Hornets (6-6) by a final score of 2-1. This was a frustrating loss for the team because it was the Blazers' fourth game this week and third loss. "It was frustrating since we lost our last two games and we came so close to a win [today]," senior captain Lowell Ensel said. 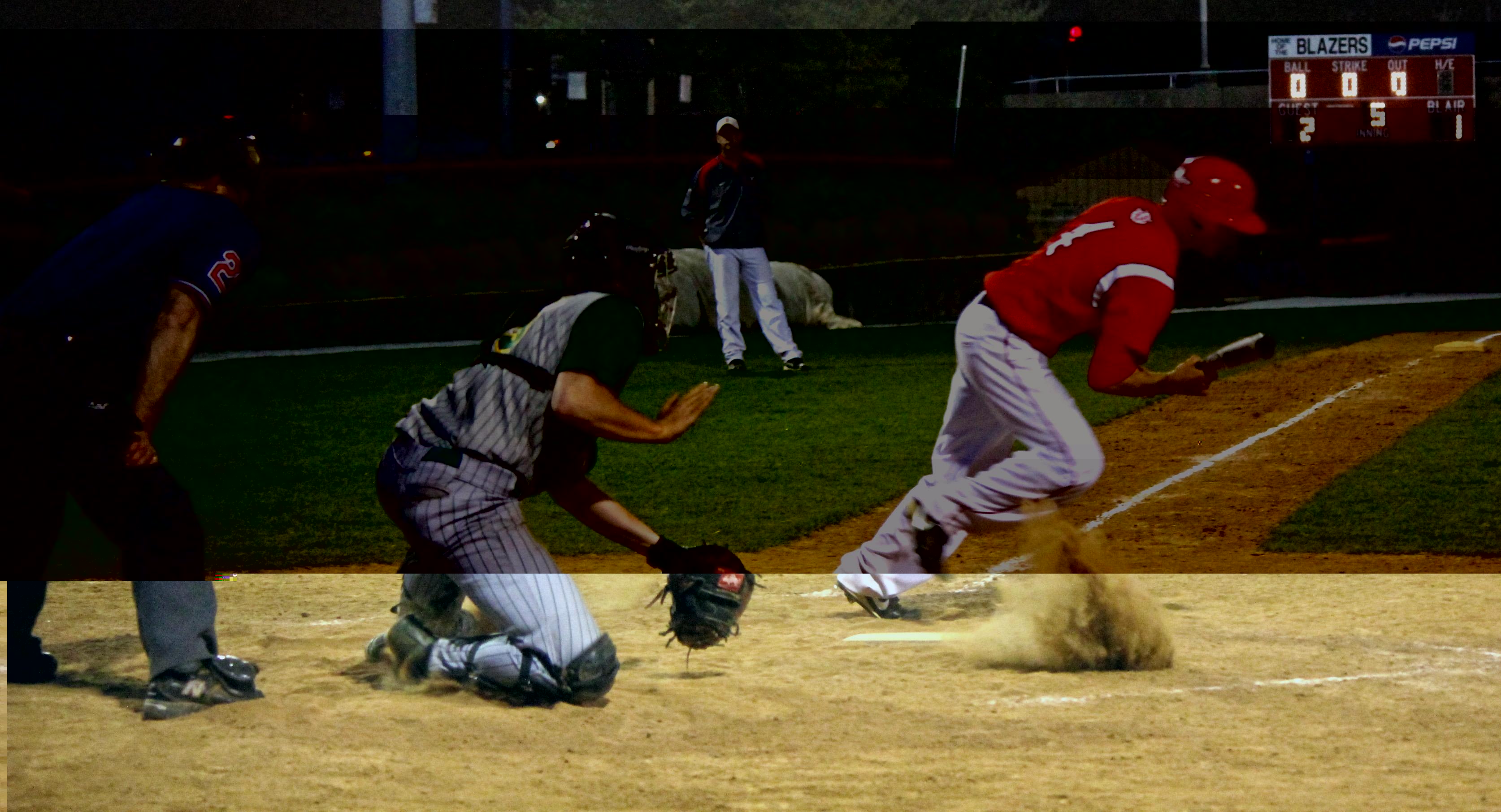 Photo: Senior captain Adam Lott lays down a bunt against the Hornets.

Photo: Senior captain Adam Lott lays down a bunt against the Hornets.

The Blazers played a strong first inning only allowing one Hornet on base and no runs. Ensel was the starting pitcher and he played a great game, pitching four innings with only two walks and two runs. Later, during the bottom of the first inning, junior captain Neil Gahart hit a double sending sophomore Jorge Noda home for the game's first run.

Damascus got ahead of the Blazers during the second inning when a Damascus player hit a two-run double to right field. The Blazers' hitting was downhill from there, as the bottom of the second, third, fourth and fifth went without a Blazer hit.

In the bottom of the sixth inning the Blazers had an opportunity with two outs and senior Elvis Paulino on third base. Sophomore Max Salzman worked the count full in a long at bat but he was set down on a called third strike which proved to be the final opportunity for the Blazers.

This game can be summarized by great defense and poor offense. "We played good defense and our pitching was good. There were no errors in the field. We definitely need to get better at the plate," Ensel said. Coach Eric Zolkiewicz agreed that the team's defense was good. "Today we got great pitching, defensively we didn't make any mistakes," he said.

It was a close game and the Blazers could have won but for the absolute lack of hitting. "We need to hit [our] bats have gone to sleep on us," Zolkiewicz said. Ensel agreed saying, "the team has been in a slump; once we figure out how to get hitting going again we'll be back on track."

Ensel is still hopeful for the rest of the season. "Despite three frustrating losses we have to stay focused on our goal of winning [the] next four games and playoffs, and I think we're capable. We still have time to right the ship and get back on track," Ensel said.

Blair's senior night is Thursday, May 2 at 7 p.m. against Walter Johnson.