No justice likely in the case of Michael Brown's killer

Roughly two months have passed since Michael Brown was brutally shot and murdered in Ferguson, Missouri. Officer Darren Wilson, responsible for the death, testified in court for almost four hours on Tuesday, Sept. 9. The grand jury has now delayed the decision of his indictment another 60 days, in addition to the four-month period already given, and it looks as though Wilson will be acquitted. This speaks volumes about the ineffectiveness of our legal system, especially in certain states.

Let's start from the beginning. Eighteen-year-old Brown was shot at least six times, including twice in the head. He was unarmed, and there is no question that it was Wilson who killed him. According to Dorin Johnson, who was with Brown at the time of his death, and other eyewitnesses, the police officer ordered Brown and Johnson to "get the f**k on the sidewalk," followed with "I'm gonna shoot you" when they didn't comply. After his death, Brown was left on the street until authorities found him hours later. Wilson was placed on paid administrative leave. 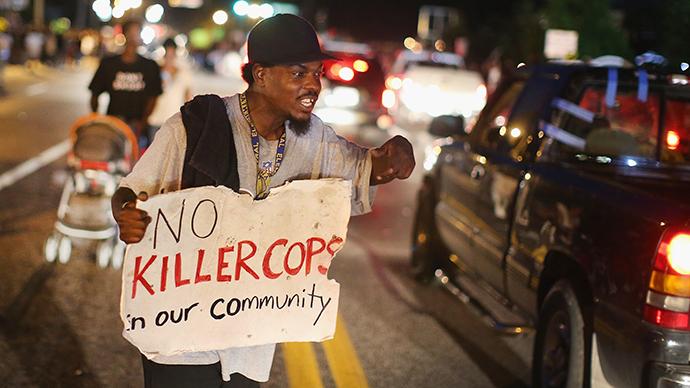 Photo: A protester in Ferguson, Missouri, advocates for Wilson's conviction.

Photo: A protester in Ferguson, Missouri, advocates for Wilson's conviction. Photo courtesy of the Russian Times.

Wilson enters his trial with a considerable advantage: he's a policeman. Although everyone's supposedly treated equally under the eyes of the law, jurors tend to favor policemen in court cases. Many jurors readily admit to giving more credential to police officers than others, and a study by the National Law Journal shows that 64 percent believe that police officers usually tell the truth when they testify. This will tilt the scales heavily in Wilson's favor.

Wilson will also likely charge Brown with evading arrest or assault. This includes everything from running to threatening an officer, and will be difficult to disprove. With that in mind, Darren Wilson's chances of being acquitted of the murder just keep getting higher.
Prosecutor Robert McCulloch will also play an important role in the decision. McCulloch's father was a cop who was killed while on duty when he was young, which will surely influence his opinion on the case. McCulloch also has a history of acquitting white officers charged with killing black citizens, as he did in a case in 2000.

However, the principle reason Wilson will most likely get off is because of his race. A 2012 study in the Quarterly Journal of Economics found that "defendants of each race do relatively better when the jury pool contains more members of their own race." That being said, the trial is taking place in St. Louis County, whose population is 70.3 percent white. This means that there is a high chance the jurors are white, increasing Wilson's chances of escaping charges. Research done by the National Law Journal also indicates that Americans more readily believe that young African-American men have displayed violent behavior than young white men.

It's absurd that a man who has clearly murdered another human would ever escape consequences for his actions. However, because of state laws and bias towards profession and race, it has become the norm in many parts of the country. States like Missouri gift the defendant a heavy advantage before the trial even starts in a huge perversion of federal law. The rare case where a situation calls for killing, and where there is no need for the justification of murder, has a name: war. And it has no place in the middle of Ferguson, Missouri.