The Blair Debate Team qualified a record number of 30 students, 26 of whom participated, in the Montgomery County Debate League finals on March 2 at Walter Johnson High School. Blair placed second overall in the league, falling behind top-ranked Walter Johnson. 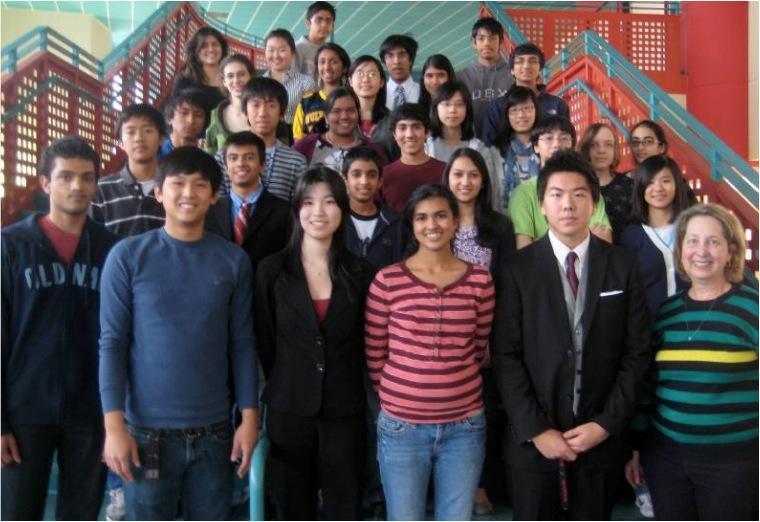 Photo: Last year's debate team, pictured here, sent a record 30 debaters to the finals, a record eclipsed by this year's 52.

Photo: Last year's debate team, pictured here, sent a record 30 debaters to the finals, a record eclipsed by this year's 52.

Qualification for county finals is based on the individual debater's record. A student must have a record of five wins and three losses out of the 10 debates throughout the season to meet the requirements to participate in finals. This year, 75 percent of Blair's 46-person debate team qualified for finals, over half of whom were freshmen. Sophomore Tatyana Gubin was the only member of the Blair Debate Team who made it to the playoff top-16 round. She fell to the eventual winner of the competition, senior Jenny Jolles from Albert Einstein High School.

Last year, only 16 debate team members were eligible to participate in finals. Two years ago, less than 10 students qualified. Debate Team coach Stefanie Weldon believes that the dedication of the team's numerous freshman members greatly increased the number of qualifications this year. "The freshmen worked incredibly hard, took everything seriously and were extremely focused. This really helped the team as a whole," she said.

The resolution for finals this year was, "The United States is justified in using private military firms abroad to pursue its military objectives,” according to Gubin. When the resolutions for finals were released, team captains worked with the entire club to dissect the resolution's meaning and gather ideas for their cases. Members write their own cases and the team holds mock debates prior to the finals.

The Debate Team maintained a winning record at four out of five meets this year. Team members had records ranging from 5-3 to 8-2. Out of the total 46 Debate Team members, an average of 43 people participated in the five debates over the season, according to Weldon. This increased number of students reflects the level of enthusiasm on the ever-growing team, according to Debate Team captain senior Shilpa Kannan. "This year, the team's size skyrocketed. The novice debaters dove into the meetings just as much as the veterans, offering their ideas to the team," she said. "This has certainly helped the team diversify its thinking and also build a better foundation for Blair Debate in later years."

Although Gubin was the only team member to make it to the second day of finals, Kannan is still extremely proud of the team and all those who qualified. "The large number of people who qualified for finals is a testament to our hard work and dedication throughout the year," Kannan said. "Although I was disappointed to see only one of our debaters make it from the first day of finals to the second, I am still very happy with our performance this year," she said.

Weldon is proud of the team's accomplishment and is excited for the season to begin next October. "They're an amazing bunch, great fun. I'm really looking forward to next year," she said.