Deciding the presidency based on 538 people

Why the Electoral College is no longer necessary, relevant or fair 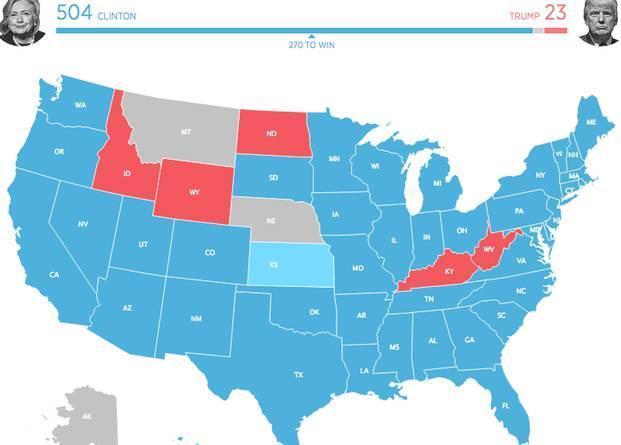 Photo: A map of the US showing how the election would've gone if only millennial voted.

Photo: A map of the US showing how the election would've gone if only millennial voted.  Photo courtesy of Mic.com.

In the 2016 election, Hillary Clinton won the popular vote by almost 3 million but had 70 less Electoral College votes than Donald Trump, resulting in her loss. She had more of the public's support but less of the 538 electors who had the final word. By the law, she isn't our President, but she should be.

When the country votes for the President, we are not directly voting for the candidates. Instead, the 538 members of the Electoral College vote for the President and Vice President based on the votes of their respective states. This system was created in 1787 to help give a voice to the less populated states, while attempting to reduce the chances of corruption.

In the time when this practice was instituted, it might have been justifiable, but it certainly isn't in modern society. The Founding Fathers knew that information travelled at a very slow rate. Putting informed representatives in place would prevent uninformed or misinformed opinions to influence the results of the election. The illiterate and uneducated who would not be able to vote with proper judgement could vote for an intermediate who they preferred. However, in 2016, 89% of American adults have access to the Internet, and even more have access to the newspaper, both vast sources of political information.

Faithless electors, or those who vote for a candidate other than that which they pledged to vote for, are another drawback of the Electoral College as they allow for the misrepresentation of public opinion. In the 2016 election, seven faithless electors defected from their pledged candidates: two from Donald Trump and five from Hillary Clinton. Though there are few faithless electors within each election, the problem with this is its principle. As a representative for the now relatively educated public's wishes, an elector should vote for the candidate that the majority of the public voted for. 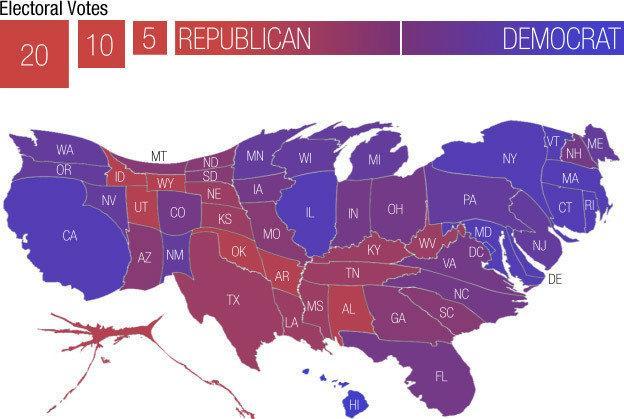 Photo: A map of the US scaled according to how many electoral votes each state receives.

Photo: A map of the US scaled according to how many electoral votes each state receives. Photo courtesy of NPR.


Another red flag of the current system is that a candidate can become President without winning the popular vote- without having the support of a majority of our country's people. This has happened five times in history, one of them being the 2016 election, and is due to inequalities in the value of Electoral College votes. The system gives a larger influence to smaller states and more rural areas that have fewer people. For example, in Wyoming, each electorate counts for 136,000 votes while in New York, each electorate represents almost 500,000 votes. More people in highly populated states voted for Clinton and as their votes counted for less, letting Trump become President.

There should be no preference of smaller states. One man, one vote is a long-standing ideal of American democracy and should be upheld; every person's vote should matter equally. It only makes sense that places with more people, i.e. cities and more populated areas, there is a larger amount of votes. The amount of votes should solely correspond to population.

There is only one way to solve this problem; get rid of the Electoral College. The candidate who wins the majority of the real American public's votes, not the one who won the majority of 538 selected electors, should be President of the United States.