Animation demands devotion, but is worth it in the end

Behind the scenes of films such as Mulan, Toy Story, and Coco, there is a team of artists who put their noses to the grindstone in order to achieve the animated prowess displayed in these films. Even the lighting of a candle requires tedious work and close attention to detail. Animating a flame to look even somewhat realistic is a skill that few people have as it is not easy to master, and requires a lot of time and devotion in order to become proficient. Yet there are students, such as Curie Lu, a petite, dark haired senior, who have that level of devotion.

Lu was first inspired by animation as a young child, when she would watch animated films by studios such as Disney, Pixar, and Studio Ghibli. Since the beginning her interest in animation, Lu has faced many challenges but still finds the end result to be extremely gratifying. "It's really rewarding but also very difficult. You get a really good feeling when you finish an animation, after all that hard work, and you can just watch it; it's the greatest feeling ever," she says.

When starting a new project, Lu writes out the plot before making rough sketched storyboards and then rough animations. The storyboards aren't great at first, but Lu will go through about three drafts until the final storyboard before moving onto the animation. "It starts out really, really sloppy– I just do scribbles– because you don't even try to make it look good, you're just trying to get the idea down," Lu explains.

In one of her most challenging projects, an original and entirely animated short film entitled Run, Lu labored over the drawing and animation for months. The film was a group project, but as the only animator of the group, Lu faced a nightly decision between sleep, homework, and Run. "I had to get some people for voice acting, but besides my group paint bucketing the frames, I did pretty much everything else, like the storyboarding, the background art, and the animation," Lu recalls.

But animation projects are not the only challenge Lu has faced in her budding career. Her parents, both Asian, have always pushed Lu towards a career in law or medicine. Lu was named Curie after Marie Curie, the first woman to win the Nobel Prize. After Lu informed her parents that she wanted to be an animator, their immediate reaction was disapproval, until Lu won a few prizes for animation. "I said, 'I want to be an animator,' and they were like, 'No!' They were only like, 'Okay, I guess you're not going to live on the streets,' after I won a couple of contests," Lu explains.

Blair does not offer any classes dedicated exclusively to animation, however. Lu is currently taking Commercial Art and AP Digital Art, but follows her own schedule as there is no MCPS curriculum for animation. "I really wish there were animation courses, but drawing is the foundation of animation, so taking art classes help with that," Lu says. 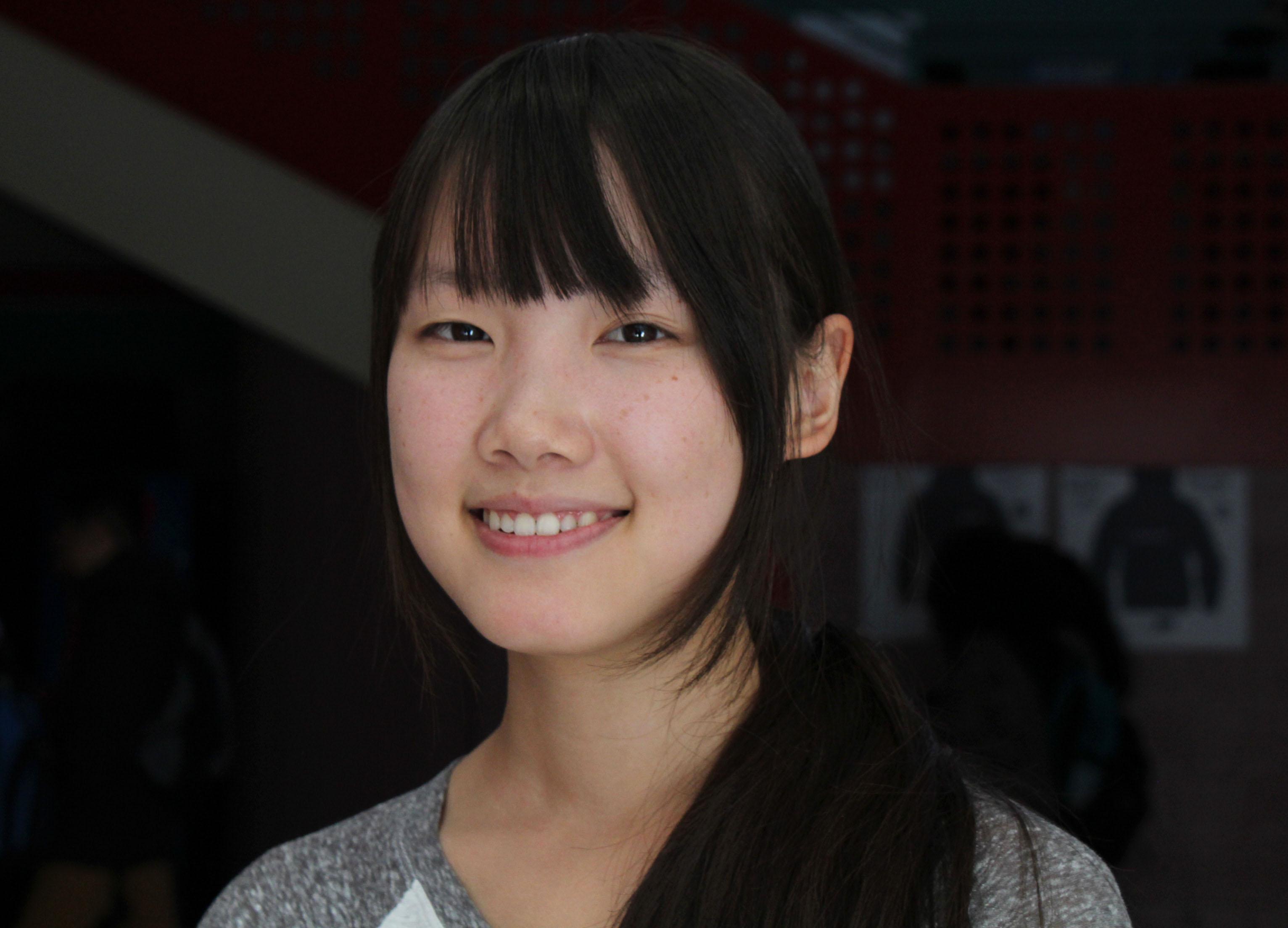 Jacqueline Armstead-Thomas has been the Digital Art, Advanced Digital Art and Commercial Arts teacher at Blair for seven years. These are the only classes offered at Blair with any sort of correlation to animating, although the Digital Art class only spends one unit on animation, as the Montgomery County Public Schools (MCPS) has not provided any kind of curriculum for an animation class.

In Advanced Digital Art and Commercial Arts, students only do animation as an individual study project if they choose to focus on animation. Lu was already an experienced animator when she first met Armstead-Thomas, so for the past two years Armstead-Thomas has been playing more of an advisory role. "I am there to guide her ... so her drawings flow together, but she still has quite a bit of ownership on her work when it comes to her animations," Armstead-Thomas says.

Despite a lack of an animation curriculum, Lu is focusing on improving her animation under the guidance of Armstead-Thomas. While Lu believes that all of her animating needs improvement, her top priorities include life drawing, the foundation of animation; motions, essential to the fluidity of animation; and timing.

Lu considered transferring to Albert Einstein High School for its MCPS Visual Arts Center (VAC) and asked Armstead-Thomas to write a recommendation for her. Because Armstead-Thomas believed that Lu wouldn't enjoy VAC as it wouldn't let her focus on animation, she discouraged Lu from transferring. "There really isn't somewhere in the county where there is a strong animation program. I didn't think that that would be the right fit for her because I knew that she would be forced to do art that she didn't want to work on. I figured that here, it would be really flexible with what she wanted to do," Armstead-Thomas explains.

What Lu wants to do in the future is certain– animation. She plans to go to college and ultimately become an independent filmmaker. How she gets there, however, is still unclear. "In the first two years after college, I'm probably going to be freelancing and looking to be scouted by a studio, hopefully one of the big ones, but it's very hard to get in there. I really want to work at Riot Games, and then eventually, if I get financially stable and make a name for myself, I can be an independent filmmaker," Lu says.

Animating may be no easy task, but Lu loves what she does; the reward is well worth the effort. To some, the challenges might not be worth it and it would be easier to give up, but Lu keeps an open mind about animation. Despite her lack of formal animation classes in school, her work speaks for itself and demonstrates the tenacity people show for their passions. "If you keep working at it, it's going to get better. Just put everything into it," she smiles.