Disney unrolled their new streaming service Disney+ on Nov. 12 and is already experiencing criticism . The company announced that it is including disclaimers before movies on the app that feature “outdated cultural depictions.”

The 1941 animated film “Dumbo,” which features a character named Jim Crow who leans heavily into racial stereotypes, is prefaced by a disclaimer. Some other movies, including “Peter Pan,” “Lady and the Tramp” and “The Jungle Book,” also include a disclaimer that reads, “This program is presented as originally created. It may contain outdated cultural depictions.” 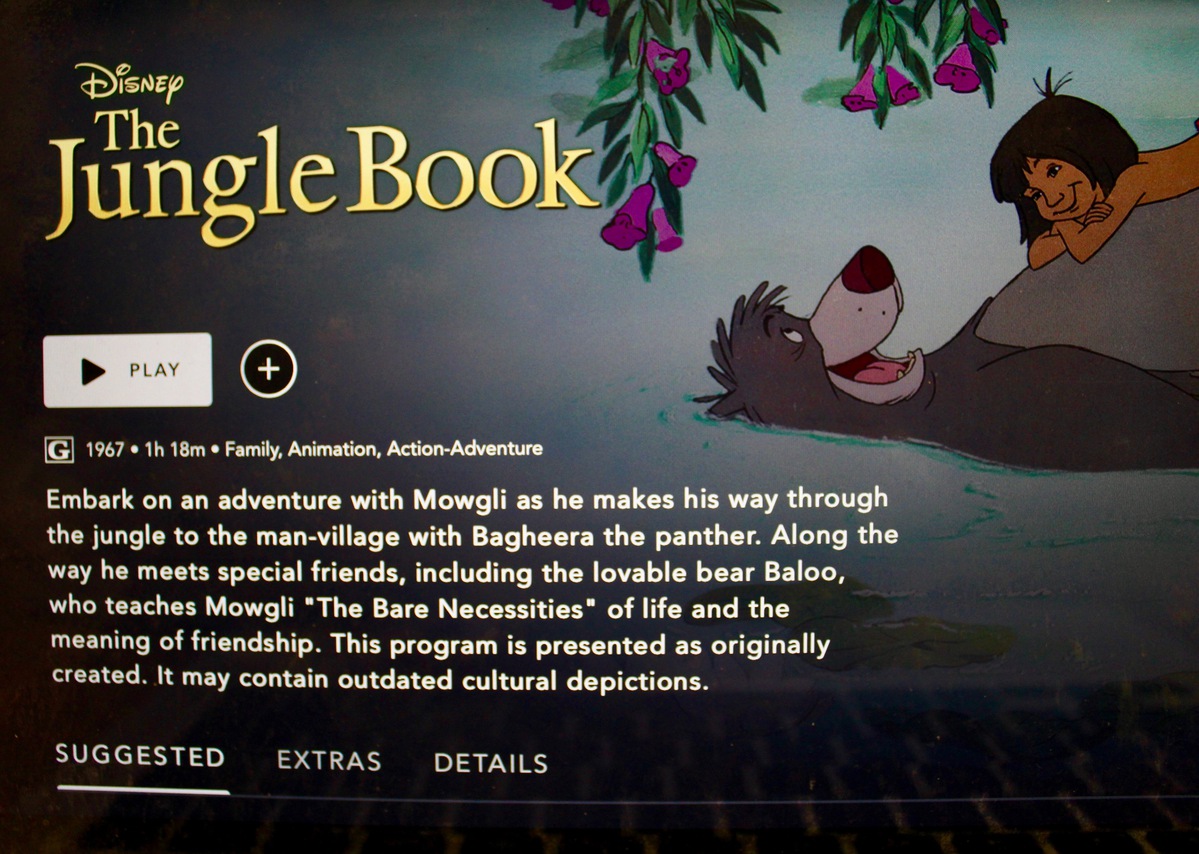 Photo: Disney's new disclaimers aim to provide some context for the cultural insensitivity in some of the older content available on their streaming service.

Photo: Disney's new disclaimers aim to provide some context for the cultural insensitivity in some of the older content available on their streaming service.

The disclaimer was met with both praise and criticism. Disney is aiming to start a conversation between children and their parents about the offensive content of some movies and many are applauding them for their efforts. Disney is also receiving praise for recognizing and publicizing their own culturally insensitive films while still making them available to the public. “I think the fact that they are putting the disclaimer and still allowing people to watch movies from their childhood allows for the best of both worlds and is not that big of an issue,” junior Aline Charkoudian-Rogers said.

Although Disney has been commended regarding the addition of the disclaimers, many criticized Disney for not creating an appropriate solution to the problem. Some have said that the short disclaimer is dismissive and does not adequately address the issue of racism in their movies. Psyche Williams-Forson, chairwoman of American studies at the University of Maryland at College Park told AP News that the company “needs to follow through in making a more robust statement that this was wrong, and these depictions were wrong.”

There has also been controversy about the choices that Disney made concerning which films should come with a disclaimer. People have pointed out movies such as Pocahontas and Aladdin, which both include racist stereotypes, did not include a disclaimer.

This is not the first time a media company has tried to correct their past by implementing disclaimers. In 2014, Amazon Prime, another streaming service, implemented a disclaimer before the Warner Bros. animated series “Tom and Jerry.” However, many have argued that the “Tom and Jerry” disclaimer was much more direct and effective than Disney’s. The disclaimer argued that it would be wrong to ignore the existence of cartoons such as these while emphasizing that "Tom and Jerry shorts may depict some ethnic and racial prejudices that were once commonplace in American society. Such depictions were wrong then and are wrong today."

Disney’s disclaimer hardly heals the wounds that many decades of insensitivity in Hollywood have caused. The common cases of cultural insensitivity and lack of representation won’t be solved easily, but the company hopes that this disclaimer will be the first step.