Being funny is hard, as anyone who's had a joke go south can tell you (the memory will stay with you until you die. Maybe after.) You readers have it easy. All you have to do is read, and occasionally comment that we're wrong and/or the Anti-Christ. So for once, let me talk about me for a whole article. I have to write this story. My back hurts. I had to study a lot of math this week. And… 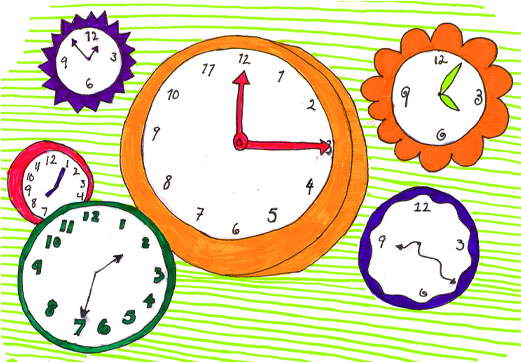 Photo: You can do a lot better than setting the clocks for different times.

Photo: You can do a lot better than setting the clocks for different times.

April Fool's! Come on, you saw that one coming. Relax, this story is all about you and the paragon of epic that will be this April Fool's Day. The prank gods have given us tons of material. Still, there are lines you shouldn't cross, and not only because your little sibling is waiting on the other side with a whoopee cushion. In the interest of being funny and SCOnsiderate, here's a list of pranks for you to try, and some "stanks" – pranks that should never see the light of day. Grab your plastic wrap, be careful going through doors, and this April Fool's Day may be the best one yet.

Prank: March is almost over, but the madness never ends
This year's NCAA championship is April 2. For the pranksters of the world, it's a golden opportunity. Hold a pre-game party and decorate it with merchandise from a completely different sport – like, say, NASCAR, or Mexican cliff diving. Act confused when people start asking you questions. This is definitely the most harmless prank on the list – unless you actually take up Mexican cliff diving.

Prank: Runaway crazy train
We know, we know, we should leave Charlie Sheen alone. Still, on a day dedicated to humor, his story seems too good to resist. Unfortunately, this prank is probably girl-only. Basically, hide as much of your stuff as you can. Then post a note on your door saying that you've run off to join Charlie Sheen's harem. If done right, it should go something like this: 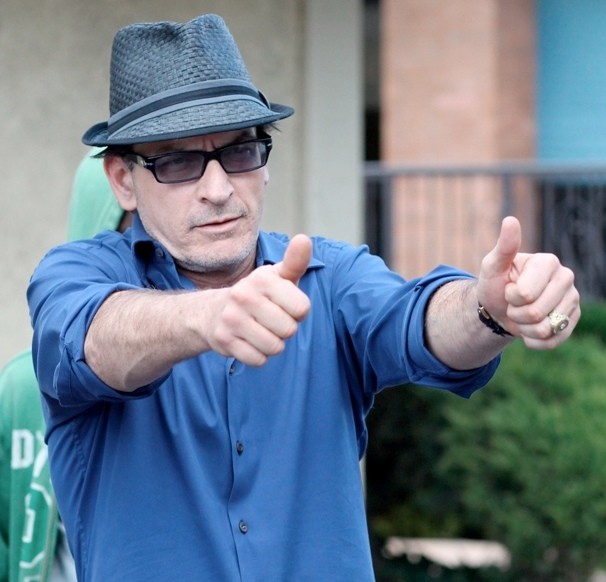 Photo: He approves this prank.

Photo: He approves this prank.

I'm sorry that you had to find out this way, but I've gone off to be with someone amazing. Charlie Sheen is the wittiest man ever – I like how he calls his wife a "dog thief" – and the fact that he keeps his cocaine in a briefcase obviously means that he's a serious professional. I assure you, it's all for the best. I'll write you again when I'm a goddess.

Prank: Fourth quarter frenzy
Friday is the beginning of the fourth quarter. This is usually a very stressful time for teachers, because they had to spend the entire day before grading, while their students get a luxurious day of freedom. Honestly, there are a million ways to make the most of this. Run into their class on Friday with arms full of pretend make-up work, forge a note from an administrator saying that all their grades got deleted, you name it. Just don't take it too far. Making anyone cry is a no-no, and teachers can get stressed out sometimes. I can't imagine why… 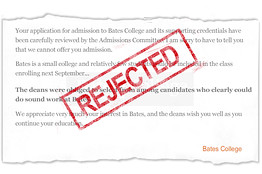 If our Facebook newsfeeds are any indication, seniors are getting college letters in droves. The temptation, then, is to send out fake college letters. Do not, I repeat, do NOT do this. There are two main reasons. 1) It's mean. 2) It's dangerous. If your prank is discovered, well, I'll say something funny at your funeral.

Stank: Bombs (of any type)
As you may have noticed, our school has been plagued by a ridiculous amount of stink bombs this year. They get us out of class, but the smell lingers a lot longer. Also, judging by the past few drills, there are a lot of girls at this school who don't know that shorts are a bad idea until the weather gets solidly above 50. Besides, some people need to get things done in class, like beat their high scores in Tetris work diligently on a humor story.

Stank: Potty humor
A few years ago, some enterprising senior girls decided to put fish in the toilets around the school as a senior prank. It was an ingenious idea, but our bathrooms are swamp-like enough without adding actual animals to the equation. This April Fool's Day, stay away from the toilets in general. Keep things classy – go for shaving cream or buckets of water instead.