EMS fee not worth the money

When people already have to pay for rising medical bills and ridiculous amounts of medication, adding another fee for emergency services would seem to be excessive. However, on April 17, the Montgomery County Council reintroduced executive Isiah Leggett's proposed legislation to establish an ambulance fee. He asked the Council to reconsider the fee because of state actions that have intruded on Council taxing authority and a possibility of a shift in half of teacher pension costs. 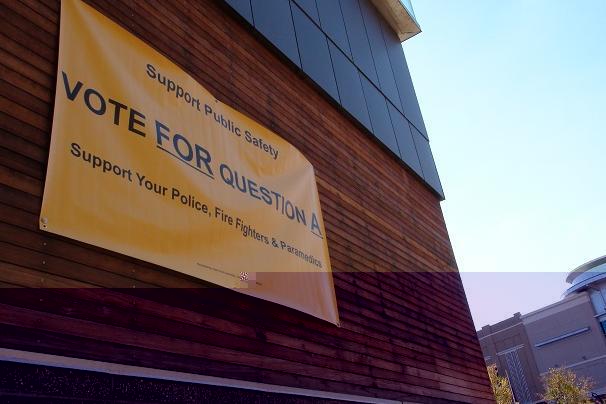 Photo: In a 2010 referendum, voters in Montgomery County voted against Question A so an Emergency Medical Service (EMS) fee would not be instituted.

Photo: In a 2010 referendum, voters in Montgomery County voted against Question A so an Emergency Medical Service (EMS) fee would not be instituted.

Though Leggett wants to offset other costs, he should not have citizens pay for those costs with an Emergency Medical Service (EMS) fee. He should find another way to cover the other costs so that the public does not bear the extra expense. When there is already a medical bill to worry about, the addition of an EMS fee would heavy the burden.

Voters in the county do not want to pay a fee for emergency medical services. In a 2010 referendum, voters in Montgomery County had the choice to vote for or against Question A, which would institute an EMS fee. The voters rejected the fee for ambulance transport services after the measure passed the council with a five to four vote.

According to the Gazette, the county predicts to account for about $27 million, or half of the local portion of teacher pension costs in fiscal year 2013, if the state passes the budget reconciliation bill. Leggett said while money collected through the fee would go to the county Fire and Rescue Service, it would free general operating dollars proposed to cover increased costs for fire and rescue.

An ambulance fee charged to insurance companies would reimburse the county for EMS transport and would generate an estimated $14 million to $17 million. That consists of about one-quarter of the more than $50 million the county eventually faces in perpetuity for teacher pensions, Leggett said in a press release. Even so, that money would come from the people who needed the emergency medical services and many of those people may not be able to afford the extra cost.

Councilman Philip M. Andrew (D-Dist. 3) of Gaithersburg said on April 17 that the trust of the voters is at the heart of the decision ultimately facing the council and that the trust of voters is fragile and must be built up slowly. Andrew was right when he said that trust could easily be broken. If the bill were to be passed, even after voters gave their opinions, the voters' support would be lost. "Were the council to override the 2010 referendum, trust would be lost," he said in a press release.

As Andrew said, the voters will lose faith in the council if the bill is passed because they clearly do not support instituting an EMS fee, so establishing the fee will be the same as ignoring them. The voters themselves believe that the fee is not a good idea and do not want to take the extra expense when they already have to worry about a medical condition.

There are many people in Montgomery County who have health conditions that require them to pay a substantial amount of money every year just to stay healthy. Adding an EMS fee would increase that load and would be too much for them to handle. Someone who, for example, deals with diabetes and who already has high medical costs to worry about may not have the money to make ends meet. Making the people pay for extra costs in the county would not prove to be beneficial.