It is six a.m., and as junior Selena Wyborski is awakened by her shrill alarm clock, she remains under her covers, eyes still closed. She ponders the looming task that lies before her - choosing an outfit for the day - and reminisces about the days before she went to Blair, when she could slip on a familiar uniform every morning without a second thought. But as of two years ago, those days are over.

Wyborski, who went to private school from kindergarten through eighth grade, is one of many former private school attendees who now go to Blair. In fact, more private school students are enrolled in Blair than ever before in school history. According to resource counselor Marcia Johnson, every year Blair has around 100 students who transfer in from other schools. In the 2009-2010 school year, approximately one fourth of those transfers came from private schools.

Though Johnson does not have specific statistics on private school transfers for Blair, she says that "this year is a definite increase from previous years." Blair's situation reflects a national trend: across the nation about 120,000 students switched from private school to public school this school year, according to CBS News. But while Johnson cites the economy as one of the major factors in deciding to switch to public school, Blazers who were private school attendees considered other issues like proximity and school atmosphere as well.

One major factor students considered in making the switch from private to public is their family's economic situation. Johnson believes the economy is the primary reason students transfer. According to the Chronicle of Higher Education, tuition for public four-year colleges is the highest it has been in 10 years. "[The transfers] are mostly for financial reasons, people wanting to save for college," Johnson says. She adds that not paying private school tuitions is a big way to save money – the average private school costs anywhere from $6,000 to $30,000 per year for one child, according to CBS News. 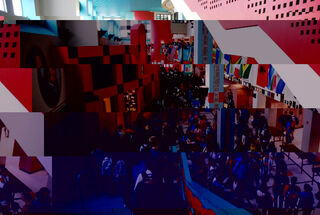 Until she transferred from Our Lady of Lourdes, a private girls' school in Bethesda, Wyborksi did not realize the amount of money attending public school could save her family. Wyborksi's parents were paying more than $6,000 per year in tuition, not including money for books and different uniforms. "My mom said we were spending $400-500 a year on uniforms alone!" she says. "I couldn't even believe it."

Tucker Canary, a sophomore who transferred from Good Counsel to Blair this year, cites economic issues as one reason for his move. "The financial situation was getting a little difficult to manage with both of my siblings in private school," he says. Canary's two younger siblings also switched from the private St. Bernadette's to Sligo Creek Elementary School and Eastern Middle School.

In addition to his family's economic concerns, Canary's switch to public school substantially shortened his trips to school in the morning. "Good Counsel took 45 minutes to an hour car ride in the morning, while I walk to Blair in 15 minutes tops," he said.

Senior Adam Detzner, who entered Blair as a freshman from St. Anselm's Abbey School in Washington, D.C., also mentioned proximity as reasons for leaving private school. "My middle school was small, conservative, Catholic, far away, had a dress code and was not very diverse," he says. "Blair is very close to my house, and it just made more sense."

A change of scenery

Senior Yemi Blaize, who attended St. Anselm's, transferred because he struggled to connect with students at his private school. "I had gone to public school my whole life. The people [at private school] are different - it's hard to explain," Blaize says, shrugging. "I think the atmosphere is my favorite part of Blair." 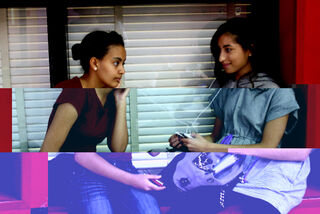 Photo: During lunch, former private school attendee Selena Wyborski (right) sits with friends she's made at Blair over the past two years

Photo: During lunch, former private school attendee Selena Wyborski (right) sits with friends she's made at Blair over the past two years

Wyborski agrees, explaining that Blair's atmosphere is very different from those of private schools. "At first Blair was shocking, people are so much more open about everything. I realized that how little us private school kids saw of the real word was astounding," she says.

While Wyborski loves Blair's welcoming atmosphere, she also made the switch in hopes of higher quality academics. "One of the reasons I came here was because I didn't like my teachers. My private school teachers didn't have to be certified, and by eighth grade I was ready for better instructors," she says. Wyborski's mother encouraged her to apply to the Communication Arts Program (CAP) and take advantage of the specialized classes. "If I hadn't gotten into CAP I would be at Good Counsel now," she says. "But I'm glad I came here instead."

Both Detzner and Blaize were attracted to Blair because of its academics as well as its wide range of classes. "At my old school there was no freedom in the curriculum, and here there are so many different electives," Blaize says.

Former private school students who attended schools with graduating class sizes ranging from 25-100 kids face a huge change when they first enter Blair. "On one of my first days, I was in the hallway at dismissal - and that's when it hit me. Wow, there's really 3,000 kids at this school," Blaize says.

Blair is no exception to the trend of students choosing public over private, and as the number of former private school students at Blair increases, Wyborski believes new Blazers will welcome the change from private to public. "I liked private school, but I'm so happy I went to Blair," she says. "Blair is a perfect fit."