At last, quality television shows return and we're not just talking about "Jersey Shore." Sure, Fall TV can be overwhelming; with so many new shows to choose from, it becomes difficult to prioritize shows on TiVo. But never fear, SCO's personal pop culture pundits are here to break down the new shows with the most buzz. We have the scoop on new hilarious sit-coms, gripping crime dramas and everything in between. Get your remotes ready. Get your couch potato sweat pants set. Go!

Photo: Steve Buscemi stars as a bootlegger during the roaring twenties in "Broadway Empire", from the minds of Martin Scorsese and Timothy Van Patten.

Photo: Steve Buscemi stars as a bootlegger during the roaring twenties in "Broadway Empire", from the minds of Martin Scorsese and Timothy Van Patten.  Photo courtesy of HBO .

possible masterpiece. The ingenious duo's creation "Broadway Empire" features underground deals, ruthless gangsters and plenty of bootleg alcohol to fuel the fire. Set at the dawn of the Prohibition era in where else but Atlantic City, "Broadway Empire" could give AMC's "Mad Men" a run for its money. With a $50 million price tag and well-established producers, "Broadway Empire" is certainly set for glory. As the olive on top of a great martini, the multi-talented actor Steve Buscemi stars as Enoch "Nucky" Thompson, a corrupt politician. Michael Pitt, Kelly Macdonald and Gretchen Mol co-star.
Broadway Empire premiers on HBO Sunday, Sept. 19 at 9 p.m.

Law and Order: LA
Ah, "Law and Order." In its 10 year run, this show has become a staple of American entertainment and Dick Wolf shows no sign of slowing down. Though the original multi-award winning legal drama series ended in May, NBC promises a fresher version for this fall. Despite the failure of "Law and Order: Trial by Jury," "Law and Order: LA" promises a younger cast with more energy and comedic edge. Steve Erlich, Corey Stoll, Wanda De Jesus and Alfred Molina star, promising to capture the glitz, glamour and guilt of LA. Cue signature sound effect. Law and Order: LA premiers on NBC Wednesday, Sept. 22 at 10/9 p.m. 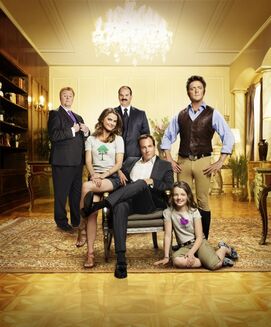 It is inevitable for "Running Wilde" to be compared with "Arrested Development." Not only does Will Arnett star, but "Arrested Development" creator Mitch Hurwitz and writer Jim Vallely are also involved in the new FOX comedy. Still, Hurwitz insists "Running Wilde" will appeal to a larger audience and have more likable characters than his previous cult classic. A typical Hurwitz creation, emotionally-stunted trust fund baby Steve Wilde (Will Arnett) desperately tries to impress his childhood crush Emmy (Keri Russell). Emmy is also as quirky as they come - an uber-liberal humanitarian with a 12-year-old daughter who doesn't speak (Stefania Owen). Running Wilde premiers on FOX Tuesday, Sept. 21 at 9:30 p.m.

Undercovers
It seems like no station can resist J.J. Abrams. FOX got a hold of "Lost" and "Fringe," ABC aired "Alias" and now NBC is ready to embrace Abram's newest creation, "Undercovers." Steven (Boris Kodjoe) and Samantha (Gugu Mbatha-Raw) Bloom used to be two of the CIA's top spies before they fell in love, but when one of the CIA's field agents go missing the couple is back in the game. "Undercovers" is said to have its fair share of romance, comedy and action, as well as a cast that brings diversity to the network. Critics' expectations are high and it is up to Abrams to deliver, so please, please, let "Undercovers” be another addiction!
Undercovers premiers on NBC Sept. 22 at 8 p.m. 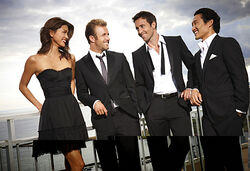 The longest running crime show on the air before "Law and Order" came along, CBS welcomes back one of its hit shows, "Hawaii Five-0," after 20 years. Set in the present day, "Hawaii Five-0" is about a squad of cops who work to keep Hawaii's streets crime-free and the cast promises that they are not trying to remake the past show, but upgrade it. "Lost" fans may recognize Daniel Dae Kim, who played Jin Kwon, and feel comforted knowing that he is dutifully starring in yet another show set on an island. If all else fails, it is worth tuning in on Monday just to hear the classic theme song.
Hawaii Five-O premiers on CBS Sept. 20 at 10 p.m.

Outsourced
Based on a movie with the same title, "Outsourced" is NBC's newest comedy. Todd Dempsey (Ben Rappaport) is a call center manager who gets sent to India after his whole branch is outsourced. The show seems a bit like "The Office," except it is set in India and instead of a being a paper company, the business sells American novelties. With Steve Carrell's planned departure from "The Office" at the end of this upcoming season, "Outsourced" may be just what fans need to get their workplace comedy fill.
Outsourced premiers on NBC Sept. 23 at 9:30 p.m. 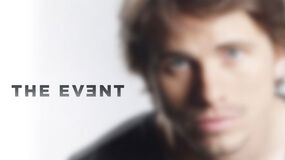 The creators of the "The Event" have made it their mission to make the plot of the show as ambiguous as possible by producing a trailer that lists a lot of events that are not the event. The show seems to be a mixture of "Chuck" and producer Evan Katz's previous project "24," in which ordinary guy Sean Walker (Jason Ritter) gets involved in a huge government conspiracy after his girlfriend goes missing. With a plot that promises twists every week, viewers should be prepared to watch every episode. Sarah Roemer and Blair Underwood co-star.
The Event premiers on NBC Monday, Sept. 20 at 9 p.m.