Lindsay Lohan, Paris Hilton and Britney Spears all have one thing in common. No, it's not their several arrests, mental breakdowns or club-hopping lifestyle (although these are also notable common characteristics). All three have also recently donned the title of "fashion designer." 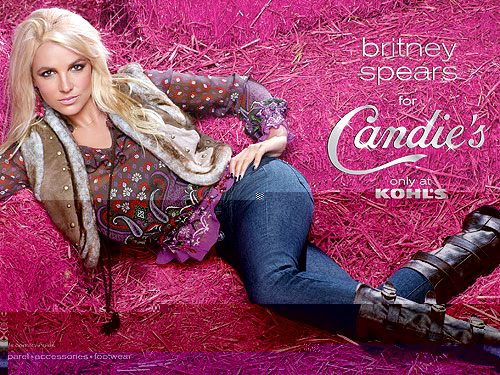 Photo: Britney Spears' line for Candie's, a clothing brand for Kohl's, features outfits inspired by her "Circus" tour. Spears admitted to not having much input into the design of the line as it has been marketed by Kohl's.

Photo: Britney Spears' line for Candie's, a clothing brand for Kohl's, features outfits inspired by her "Circus" tour. Spears admitted to not having much input into the design of the line as it has been marketed by Kohl's.

Celebrity fashion lines have been all the rage for the past decade, with Jessica Simpson, Lauren Conrad and others coming out with clothing lines for department stores such as Macy's and Kohl's. Spears carries her line at Kohl's and Hilton carries hers at the exclusive shoe boutique Kitson, but are these celebrities really cut out for the job of fashion designer?

Lohan revealed her exclusive brand of leggings, named 6126 by Lindsay Lohan, in 2008, but in the past year has expanded to include dresses, jackets, tops and other women's apparel. Lohan also had a less than spectacular adventure into the high-end fashion world with her stint as an "artistic advisor” in French fashion designer Ungaro's Spring 2010 collection, for which both she and Ungaro were harsly criticized. Apparently, Lohan lacked the thorough training in fashion knowledge to succeed in the world of high fashion.

Kanye West recently commented that this foray into the fashion world has killed the chances of other celebrities, such as West himself, from becoming truly respected fashion designers.

Celebrity brands are marketed as being the true creative designs of their respective celebrities. Perhaps there are some celebrities that have a lot of creative input into their fashions, but a majority of celebrities have designers who design for them and the celebrity just gives minor inputs and approval before having their names printed across the tag. Spears admitted that she had little design input into her line for Candie's, a brand sold by Kohl's, telling Women's Wear Daily that she basically only provided approval and a little design input. Spears seems to serve simply as the face of the brand rather than the designer.

This would be perfectly fine, but celebrity brands are specifically marketed to make customers believe they are wearing a design that a celebrity hand created. These celebrity name brands are used only to help a celebrity's image and the store or brands with which they are affiliated. While I know that this trend will probably never die, people should just be more aware of what - and who - they are buying.