Montgomery County suffers from rising numbers of cases of influenza

The flu season was officially deemed an epidemic in Montgomery County in January as the numbers of flu patients continued to rise, shaping the 2018 flu season to be the worst in over a decade.

According to the Center for Disease Control and Prevention (CDC), nearly 17,000 people were hospitalized with confirmed cases of flu across the nation. There was also an increase of almost 3,000 cases in just one week. Adults older than 50 and children under the age of four comprised the greatest percentage of flu victims.

In the second week of January, cases of influenza skyrocketed in the D.C., Maryland, and Virginia (DMV) area. According to the Maryland Department of Health, approximately 208 people tested positive for the flu. 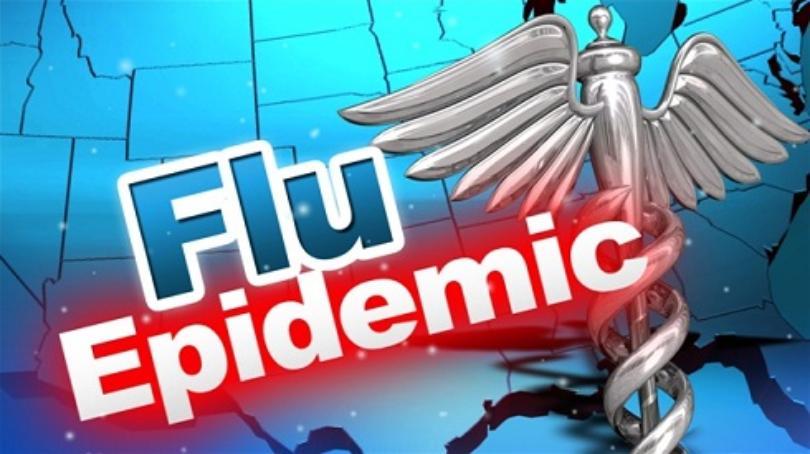 Photo: This year's flu season is expected to be severe, with an outbreak of cases all over Montgomery County.

Photo: This year's flu season is expected to be severe, with an outbreak of cases all over Montgomery County.

The flu has killed many children across the US so far this year, some of whom had received flu shots, but died anyway. The flu vaccine for this season has proved to be only 36 percent effective in protecting adults from the illness, and 59 percent effective in protecting children. The majority of flu related sickness has been caused by the H3N2 strain, an influenza A virus. The vaccine protects mainly against the influenza A H1N1 and influenza B viruses, both of which have been in circulation, but are less prevalent than the H3N2 virus.

During just the week of Feb. 2, the CDC received reports of ten children who died recently of the flu and related complications, increasing the death toll to approximately 63 children in the US this year. The Washington Post reported that as of Feb. 6, one child in Maryland has died from the flu.

Montgomery County's six hospitals implemented visitor restrictions to help protect the health of patients, staff and other visitors. Those who exhibited flu-like symptoms, such as a runny nose, muscle aches, a sore throat, cough and fever have been denied entry to hospitals, and are told to stay in their homes. Children under the age of 12 were not permitted to be in any area of the hospital, except in urgent cases.

In an interview with the Washington Post, supervisory epidemiologist at the District of Columbia's Department of Health, Preetha Iyengar, explained that the flu has been worse this year. "Looking at this season and the past five seasons, this is the worst one we've seen," she said.

Nine Montgomery County public schools reported an increased number of student absences due to illness. County officials issued a warning about widespread cases of the flu and urged families to take necessary precautions and get the proper vaccinations.

Junior Luna Warren has taken all of the suggested preventative measures, including getting the flu shot. "I wash my hands, try not to drink from other people's water bottles, and cough and sneeze into my elbow instead of my hands," she said.

Junior Sara Kleine has also taken similar precautionary measures to avoid the flu, and even takes vitamin C supplements to help boost her immune system. After she read an article about the flu virus this year, she learned that this year's flu epidemic could be even worse than the influenza epidemic of the early 1900s. "That headline scared me a lot," she said.