Carter G. Woodson was one of the first historians to study African-American history. He founded "Negro History Week" in 1926 and it was later expanded to Black History Month. Woodson's aim was to encourage the historical celebration of African-Americans and black people in America. He founded the Association for the Study of African-American Life and History to further this ambition. All around the world, country and at Blair specifically, this goal has come to fruition through a variety of mediums, among them Blair's yearly Sankofa show. 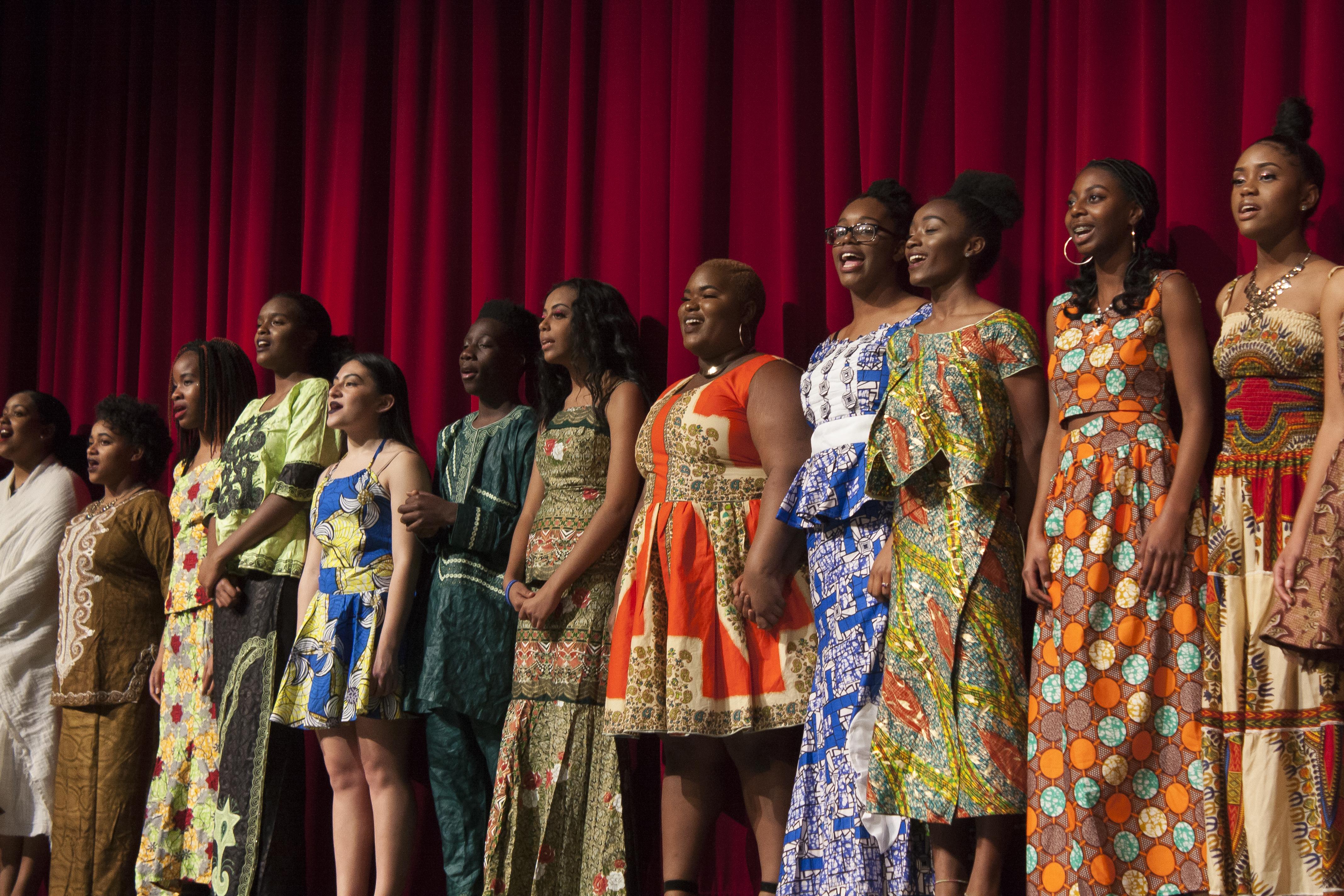 Photo: Students sing "Lift Every Voice and Sing" after an African fashion show to conclude Sankofa 2017.

Black History Month is a time to celebrate black culture and history, which has had an immeasurable impact on America and the world, while acknowledging the hardships the black community has faced. Many feel that schools do not teach enough about black history and that isn't dealt with often enough in school. Black History Month is the perfect opportunity to make up for lost time. "It's important that we take some time out of the year to focus on black history because sometimes we brush past it. Having a whole month is a great time for people to learn about people who have done amazing things that you might not know about," sophomore Zakaria Gordon explains.

Others think that the time of year is irrelevant and black culture should be embraced year-round, but February gives people a forum to do so. "Any time of the year is a good time to celebrate black people, but Black History Month is a good time for people to specifically talk about the history and culture of black people," senior Niarah Jackson remarks thoughtfully. Black History Month, to many, including Kenneth Smith, African-American Studies and Sociology teacher, is not as effective as it could be because it is too short. "Though Blair does a decent job of acknowledging Black History Month, I don't think celebrating for one month is effective -- not here at Blair, not in our county, not anywhere," Smith stated firmly.

As the English Department Chair at Blair, Vickie Adamson believes it is important for black history to be celebrated for its richness and depth, rather than the shallower aspects that seem to draw attention today, especially in pop culture. "Today, we celebrate rappers discussing misogynistic and profane things. Even if you like rap, and I do, it's not the essence of black art. It's not representative of the extent of black contribution to the artistic world," Adamson remarks.

Gordon agrees with Adamson's point, especially due to the prejudice black people face in today's society. "Black people are attacked both in the media and literally. To talk about our culture, real history and things that have happened enables us to relate to what has happened to other groups of people. Black people are more than hip hop, rap, thugs and gangsters. Our culture is important," Gordon states passionately.

Many Blazers celebrate black culture and history through the show Sankofa, an educational and entertaining performance directed by English teacher Michelle Edwards, which includes dancing, singing, poetry and speeches relating to black history and culture. The name comes from a mythical bird that can fly forward while looking backwards, a symbol for how one can move forward while still reminiscing about the past. This year, Sankofa was performed on February 10 and 11, and included performances of poetry by Maya Angelou, a Beyonce dance routine and songs by James Brown and Tina Turner.

In the classroom, on the other hand, Black History Month is not especially noted. Some students would prefer to learn more about black culture in their regular classes, as all cultures should be represented in those classes as well. "In our social studies classes we should have a unit about black history and all the oppression and hardships we have overcome. I would really appreciate having that," junior Troy Daniels explains. Instead of focusing exclusively on other cultures, he would like to learn a bit about his own.

Several Blazers would like to see lessons about black history made more accessible. Gordon believes that Sankofa should be performed over a longer period of time, so that the show can reach a larger amount of people. Smith and Adamson push for a more involved curriculum in English classes, to further expose students to black culture. Jackson would like to see Blair adopt a Sankofa or Black History Month-themed Open Mic that honors black artists.

Smith pushes for a more inclusive celebration, where less-known figures are acknowledged during Black History Month, and throughout the year. Although Martin Luther King Jr. and Rosa Parks made history-altering contributions to our society, others should also be recognized. "I would like homage paid to the unsung heroes -- for example, Bayard Rustin who is never mentioned, who is instrumental -- he was in MLK's ear but we never hear about him. The same happens with most women activists," Smith explains.

Although Black History Month is an informative time of year with events like Sankofa, and the inclusion of black history in classes, it's important to remember the reason behind the celebration. This month is a time to reflect on a long struggle to keep black culture and tradition alive through centuries of oppression and mistreatment.