For the good of the game 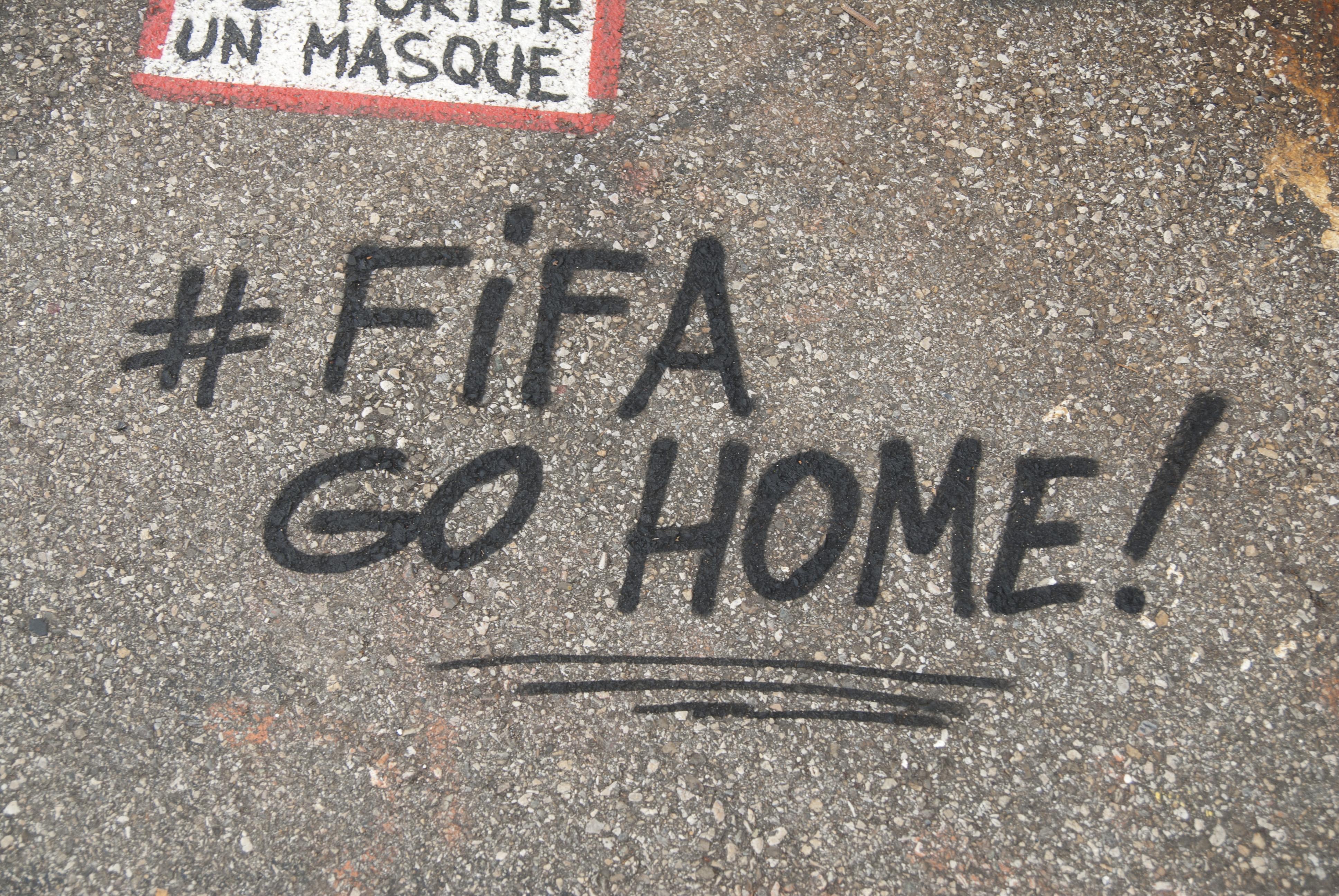 Blatter announced his resignation in a press statement on June 2. "While I have a mandate from the membership of FIFA, I do not feel that I have a mandate from the entire world of football – the fans, the players, the clubs, the people who live, breathe, and love football as much as we all do at FIFA," Blatter said. "Therefore, I have decided to lay down my mandate."

Blatter's resignation comes amidst the biggest crisis in FIFA's 111-year history. The U.S. Department of Justice indicted 14 people in total, including two FIFA vice presidents, seven other FIFA officials and five sports marketing executives, for a slew of charges including bribery, racketeering and money-laundering. Swiss authorities are currently conducting their own investigation into the decisions to award the 2018 and 2022 World Cups to Russia and Qatar, respectively. And the British Serious Fraud Office recently announced that it is assessing "materials in its possession" relating to allegations of FIFA corruption.

Comedian John Oliver was one of the first to comment after the details of the most recent case were brought to light. Tackling FIFA for the second time in two years, he brilliantly nailed them to the wall in a segment on his show Last Week Tonight with John Oliver.

This isn't the first corruption scandal that's hit Blatter's 17-year reign. Looking back at Blatter's career, one finds a history of corruption and abuse of power so transparent it's almost comical. In case you're not up to date on the details, here's a refresher of how he got to where he is today.

1998: Blatter beats out Union of European Football Associations (UEFA) candidate Lennart Johannson to become president of FIFA. Several members are accused of accepting money to vote for Blatter, but the charges of corruption do not stick (a recurring theme throughout his career). This is the first sign that things are going downhill.

2001: International Sport and Leisure (ISL) collapses into bankruptcy with $100 million in debt because of clumsy financial mismanagement. Blatter is also accused of accepting kickbacks in the sale of the 2002 World Cup rights, but again charges don't stick. This is the second time Blatter has been connected with financial corruption in three years. Starting to see a recurring theme here?

2002: FIFA General Secretary Michel Zen-Ruffinen compiles and submits a dossier alleging that Blatter is guilty of abuse of power, conflicts of interest and financial mismanagement. Blatter quashes the investigation before it can cause him real harm, and forces Zen-Ruffinen to resign. Talk about abuse of power.

2006: A New York judge rules that FIFA Secretary General Jerome Valcke lied in financial negotiations with Mastercard and Visa. Valcke is fired, but later rehired by Blatter. FIFA settles with Mastercard out of court to avoid scandal.

2010: Executive Jack Warner is accused of accepting a $10 million bribe for helping South Africa obtain the World Cup. Two Executive Committee (ExCo) members are suspended after a newspaper catches them on tape selling their votes for cash. Yes, that's right, these figures were caught them on tape and yet FIFA still somehow got away with just suspending them.

2010: French soccer legend Thierry Henry illegally uses his hands during the World Cup, setting up a goal that unfairly knocks Ireland out of the tournament. The referee doesn't call it. FIFA discreetly pays the Football Association of Ireland five million Euros not to contest the decision, again destroying the integrity of the game. A group of Irish fans then attend every France game for the rest of the World Cup dressed as whoever the team is playing against, just to protest France.

2015: 14 soccer officials are arrested in a dawn raid in Zurich. Investigations begin regarding the awarding of the 2018 and 2022 World Cups to Russia and Qatar, respectively. Blatter makes a cartoon-villainy statement after being re-elected for a fifth term, declaring "I am the president of everybody now!" Four days later, he announces his resignation.

With Blatter's resignation, it's time to start looking ahead to the upcoming elections and – hopefully – the rebuilding of a trustworthy and scandal-free organization. There are a couple good candidates for the next FIFA president. Portuguese icon Luis Figo has voiced interest in the position, as has UEFA president and French legend Michele Platini. Blatter's opposition in the last election, Prince Ali bin Hussein of Jordan, is also a viable candidate.

FIFA has a long way to go before regaining the trust of the clubs, players, and, most importantly, fans. For an organization whose motto is "for the good of the game,” FIFA has spent an awfully long time manipulating its financial side to increase personal wealth and comfort. Now that Blatter's gone, however, FIFA can hopefully start overhauling their staff and policy to make it more transparent and corruption-free.