"Every day is a new opportunity for people to improve their lives and correct their mistakes."
Blair junior Patrick Okombi looks up unflinchingly, responding with a self-confidence that stems from having survived so much in his past. Okombi sits at a table filled with close friends, all speaking over each other in rapid French and laughing profusely.

In 2012, Okombi escaped war-torn Democratic Republic of Congo to the U.S. with his family. He enrolled at Blair the summer after, immediately joining the inter-school summer soccer league. "My big challenge when I came here was to learn English as fast I could," said Okombi. "A couple months later I made the varsity soccer team. That helped me a lot by increasing my English level." Through Blair soccer, Okombi also found a new family. His new friends not only made him feel at home, he says, but also helped him stay out of trouble and do well academically.

Okombi also coined his own expression while hanging out with the soccer team: "swish." He heard it listening to a song, and without knowing what it meant, decided he liked it enough to make it his. At first, he began using the phrase when shaking his friends' hands. After a while, it turned into a catch-all phrase; used to describe anything and everything. Now, after months of use by Okombi, it is slowly spreading. "People began to call me Swish and learned to do my handshake, even Coach [John] Haigh," he said. "My goal will be to make everyone in school start doing it; that would be really interesting and funny." 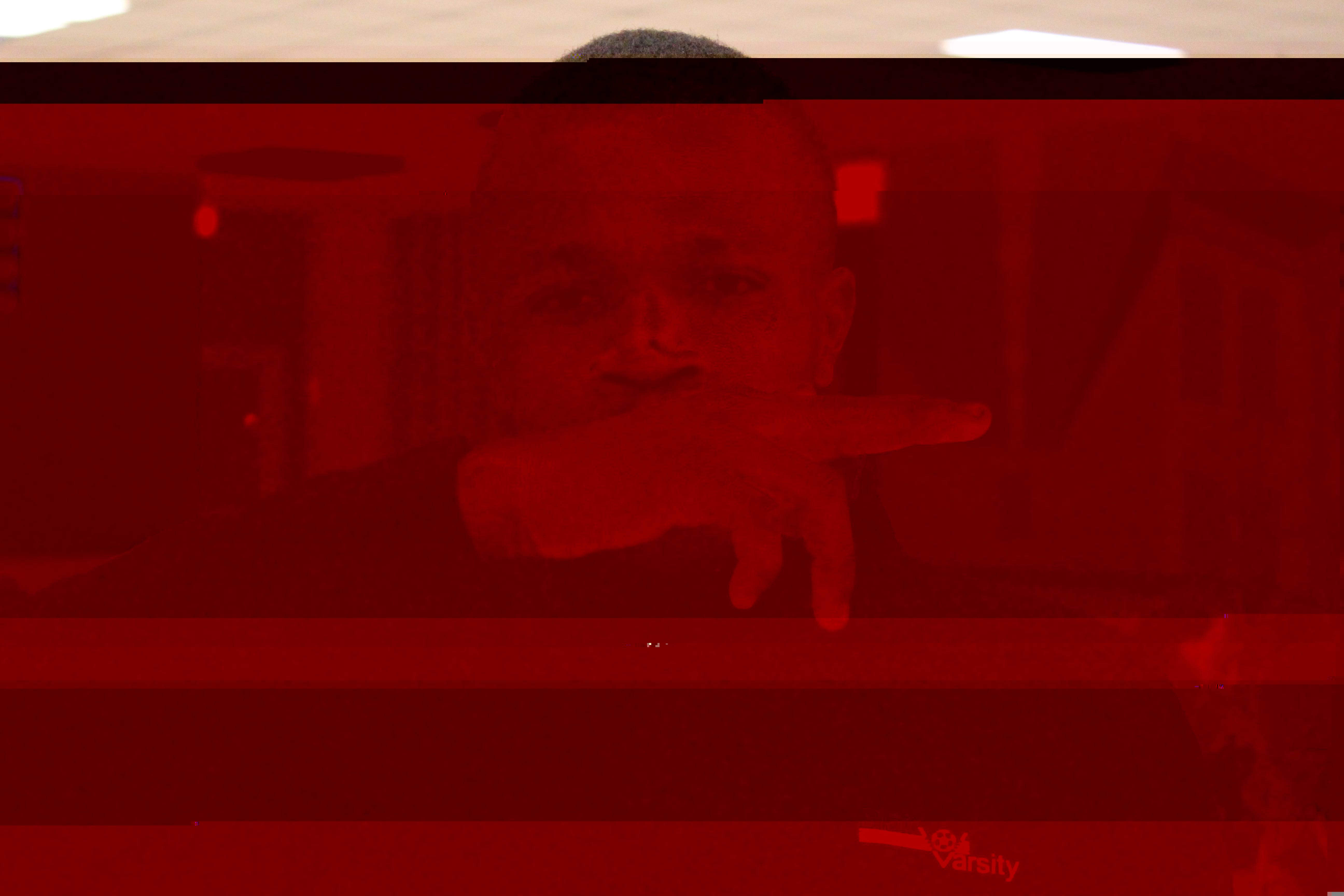 "The advice that I can give to people is just to never surrender," Okombi says, adopting a more serious expression. "Whatever situation you're facing, never let it put you down and destroy your dream. Great things happen in life to those who never give up on their dream and have the courage to face their past." Okombi sits back, the smile returning to his face. After years of hardship and struggle, Okombi is confident that no matter what comes his way, he'll be ready.