From the lab to the kitchen

After school on Thursdays, most students are doing homework, playing sports or relaxing at home. Unbeknownst to many Blazers, a science classroom on Blair's third floor buzzes with activity. The smell of freshly baked bread permeates the room. A toaster oven sits on a countertop adjacent to a cooling loaf of bread. Nearby, students crowd around a table, shaking a mason jar full of cream, laughing. Chemistry is at work.

The Chemistry Cooking Club began during the 2015-2016 school year when Blair chemistry teacher Eric Prange thought it would be fun to have a course on food chemistry. "I've always been interested in incorporating more food concepts into chemistry classes, and I thought one day it would be really cool to have a Chemistry of Cooking course," Prange explains. Several students liked the idea and created the Chemistry Cooking Club. Now in its second year, the club is still going strong - and cooking strong, too. 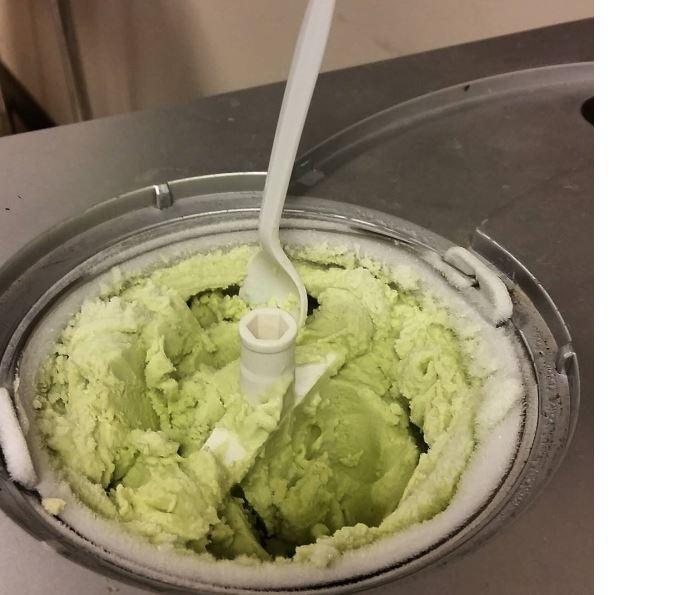 Photo: The club made creamy and delicious avocado ice cream.

Photo: The club made creamy and delicious avocado ice cream.

The club whips up a variety of foods that incorporate chemistry concepts. But the club is nothing like a hard core chemistry class. Freshman Daphne Namir describes the club as engaging and relaxed. "I really enjoy the club because it has such a great atmosphere, and everyone is pretty into it," Daphne says.

Occasionally, the club revises recipes in order to include more chemistry concepts. "The goal of the Chemistry Cooking Club is to combine two things which a lot of us love: food and chemistry. The idea was to pick recipes to make but then to also have presentations about the chemistry behind it," Prange says.

Chemistry teacher Puja Luthra, Prange's co-sponsor, enjoys the use of science in a practical application. "I think it's fun that we get to do a lot of cooking but that we also try to spend some time thinking about what the science is," Luthra says.

Meetings are spent either planning for future recipes or actually cooking, and the planning process is vital to the overall success of a dish. "Usually we come up with a plan and the first run-through fails," Prange adds. One skill that is key to the success of the Chemistry Cooking Club is patience. Members brainstorm an idea together, and often the most simple ideas prove to be the most practical. "Sometimes the simpler answers are easier than the complicated ones," Prange notes. 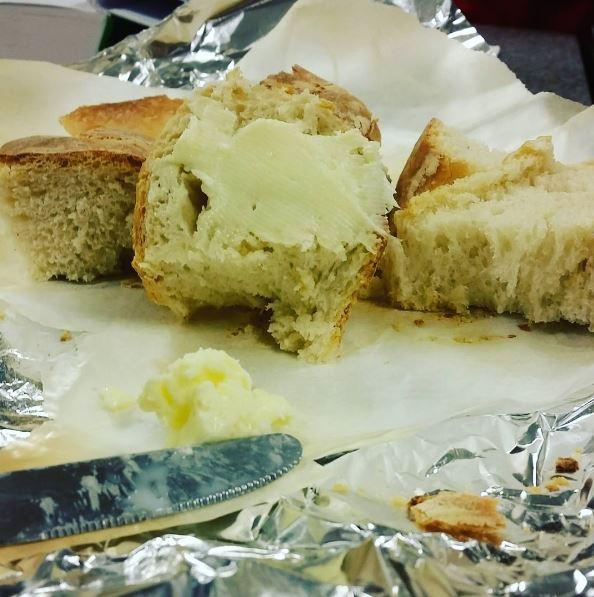 No Knead Dough and Homemade butter

Photo: The club's no-knead dough is lathered with homemade butter.

Photo: The club's no-knead dough is lathered with homemade butter.

What is the secret to making the tasty treat? Chen explains that liquid nitrogen will do the trick. "First we had to acquire liquid nitrogen, but [Blair Chemistry teacher Tran Pham] happened to have some, so we borrowed it," Chen says.

Next, the club members devoted a week to creating an apparatus that would drip ice cream batter into bowls. "The apparatus was used to make sure the ice cream would drip, so we punched holes in the bottles and suspended them over a cardboard box with ceramic bowls in it," describes Chen. The apparatus "didn't work well" according to Prange, but the club didn't relent. "Someone realized that we could take a cup, poke some holes through it, and the batter would drip through," Prange says with a smile. The vanilla, chocolate, peanut butter and buckeye flavors of Dippin' Dots ice cream proved to be an unforgettable cooking experience for the club. "The ice cream took about two weeks to plan and make, and it turned out really well," Chen remarks.

The feeling of success after cooking a technical dish is what fulfills many members. "That sense of accomplishment makes you feel like you can cook at home with not much trouble!" Daphne says.

For Luthra, one memorable dish from the club was the juice spherification. "The spherification was really cool because that was something I'd never done before, so it was fun to try that for the first time with everybody," Luthra explains. 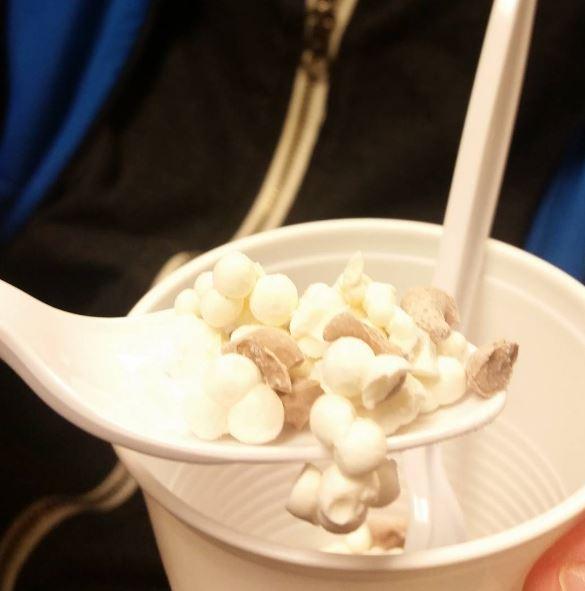 Photo: The club's Dippin' Dots ice cream, made with liquid nitrogen, succeeded on their second attempt!

Photo: The club's Dippin' Dots ice cream, made with liquid nitrogen, succeeded on their second attempt!

Juice spherification can be difficult - as Luthra notes, the finished product wasn't perfect. Basic spherification occurs by submerging a juice with sodium alginate in a bath of a calcium solution. The solution has to have just the right acidity in order to form a sphere.

The Chemistry Cooking Club is student run, with Prange and Luthra acting as sponsors. Prange and Luthra facilitate the logistics of the club, like bringing in stand mixers and crock pots in order to make food in the building. Since Blair does not have a kitchen for student use, the Chemistry Cooking Club does the majority of food preparation at home and simply assembles the dishes at Blair. Chen says that the club looks to Prange and Luthra for their cooking and baking expertise. "They are really knowledgeable about cooking and baking and help with a lot of useful tips and ideas," Chen says.

Luthra's experience of cooking stems from her experience at home. "I'm just a home cook. I really like to cook and help out the club," Luthra says with a smile.

The club hasn't planned for next year yet, but the end of this year is in sight. Luthra explains that the club might throw an end-of-year celebration dinner, or even make a recipe book. Both ideas are still in their earliest stages. "We have been wanting to do an end-of -year-dinner where we pick out some of our favorite dishes from throughout the year," Luthra says.

Anyone who's hungry after ninth period on Thursdays should head on over to the Chemistry Cooking Club. Go for some homemade bread; leave with newfound chemistry knowledge and a full stomach.