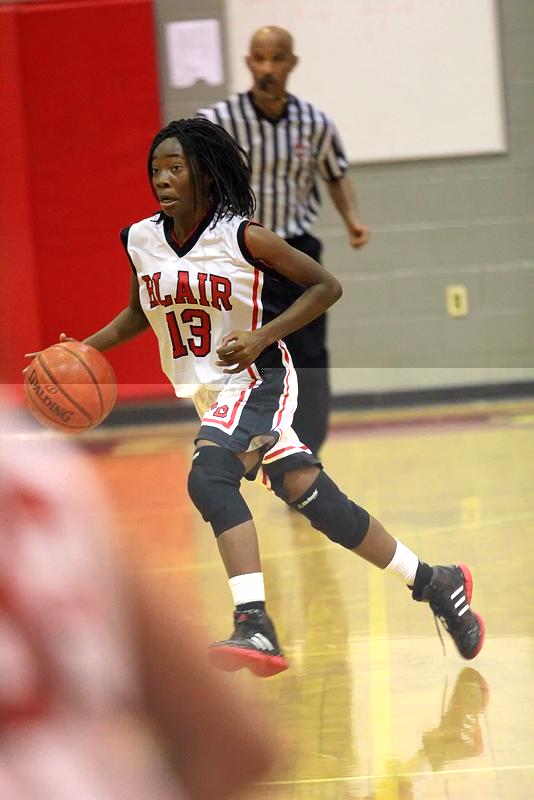 The girls' varsity basketball lost its season opener to last year's state champions, the Gaithersburg Trojans. Blair's high energy and passion weren't enough to overcome a strong second half push by the Trojans, leading to a 65-53 loss for the Lady Blazers.

The Trojans quickly gained a 6-1 lead from the opening tip, but Blair fought back and finished the first quarter ahead, 15-11. Gaithersburg tried to surge ahead in the second quarter, but the Lady Blazers remained consistent and didn't give up their lead. Blair finished the first half with a 32-28 lead.

In the second half, the Trojans came back with extreme fervor, using their superior skill to score 17 points in the third quarter. Meanwhile, Blair began to struggle offensively and scored only twice in the period.

The fourth quarter was littered with Blair fouls, as center Olivia Nono fouled out and the Trojans scored 9 points on free throws alone. All in all, although the Lady Blazers had a four point lead going into the second half, sloppy play allowed the Trojans to pull ahead and win with a final score of 65-53.

Although Monday night's outcome was not ideal, head coach Erin Conley believes that this year's team shows definite improvement from last year, which puts them on track for an excellent season. "We've definitely improved from last year. The girls have a lot more passion and excitement for the game," she said. 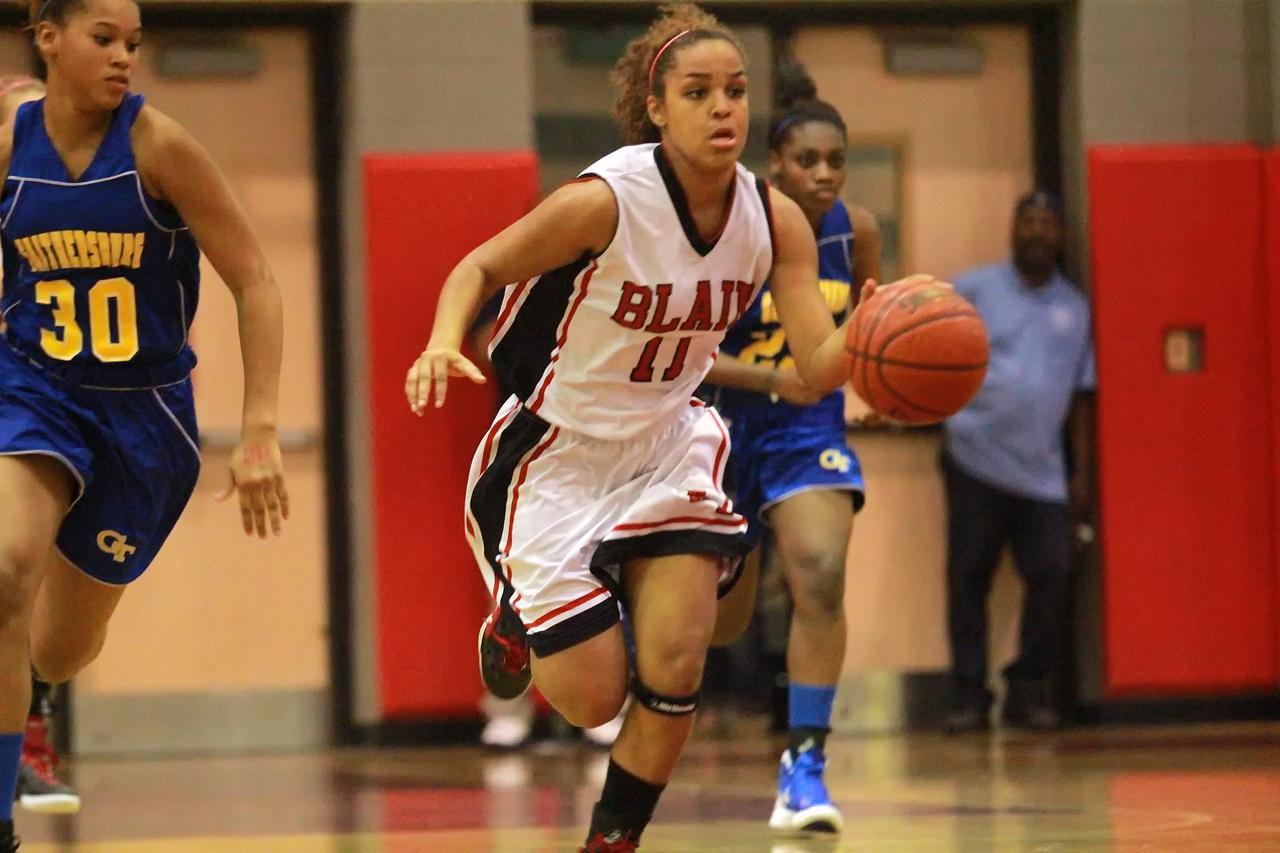 Although the girls showed improvement, it is still important that they continue to practice and get better. The Lady Blazers missed many outside shots, as well as layups, which took a significant toll on the score.

Senior guard Adrienne Jackson also sees areas in which Blair needs to improve. "We need to work on our outside shooting and be more intense during games, and then hopefully we can win the rest of our games this season," she said.

In the long run, the girls hope to make a run in the playoffs this February. Jackson is hopeful about the remainder of the season. "I really hate losing, but the fact that we were even in contention makes me hopeful about our future games and the playoffs," Jackson said.

The varsity girls' basketball team will play its next home game on Friday, Dec. 9 at 7:00 p.m. against the Northwood Gladiators.