Where only first names appear, names have been changed to protect the identity of sources

In the Blair Media Center, a cluster of tables toward the back of the library have signs on them, designating the tables as males-only or females-only. These gender-specific tables, created as a response to a specific group of boys that frequent the library in the morning, have bred confusion and frustration among Blazers. Although the Media Center staff separated the tables for the good intent of creating a more peaceful and learning-conducive environment, the tables lead to gender discrimination and stereotyping. 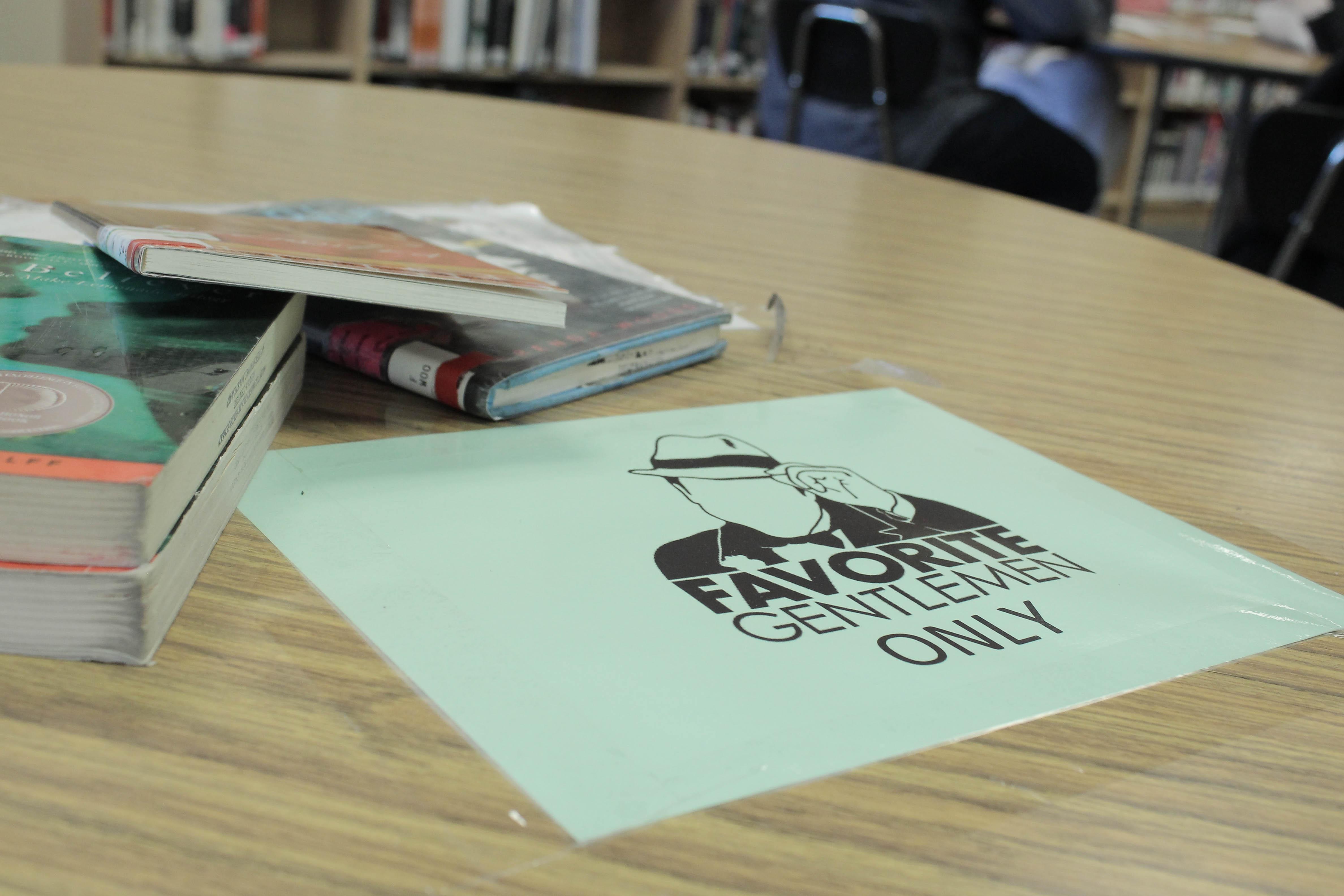 Photo: Signs like these distinguish some tables as male or female only

Photo: Signs like these distinguish some tables as male or female only

The colorful signs giving messages like "Favorite Gentlemen Only," showed up in the Media Center during the fall of this year. Media Center Assistant Ilene Catzvah came up with the idea in response to a large group of friends who loitered loudly around the back of the library. "They essentially took over the library," Catzvah said, "And it was pretty clear that they weren't studying." The Media Center staff created the gender-specific tables to force this group to disperse itself by only allowing boys to sit at half of the tables. Catzvah says the Media Center has been a much more productive place in the morning after the creation of the tables.

The gender-segregated tables have raised questions and concerns among Blazers. Jennifer, a junior, acted out against the signs with particular vehemence, tearing all the signs from their tables. "I saw a lot of stuff on social media about it, and I was like, why would they do that?" Jennifer remembered. "The next day, I was in the library and looking at all the tables, and I got angry because I just couldn't see a reason for them. At the very base level, discrimination based on gender is wrong."

While it's clear that the Media Center staff has the best interests of the library and its visitors at heart, they went too far in created gender-segregated tables. Discrimination based on gender should only take place in the most unavoidable circumstances. And these circumstances were not unavoidable.

The main failure of the Media Center staff in creating this policy was to conflate behavior with immutable attributes. When faced with a group of disruptive boys, they targeted who the offenders were (boys) rather than what they were doing (being disruptive). Other Media Center rules make it clear that staff can ask anyone who is acting out to leave. By trying to do more, they stepped over a boundary into segregation based on gender. 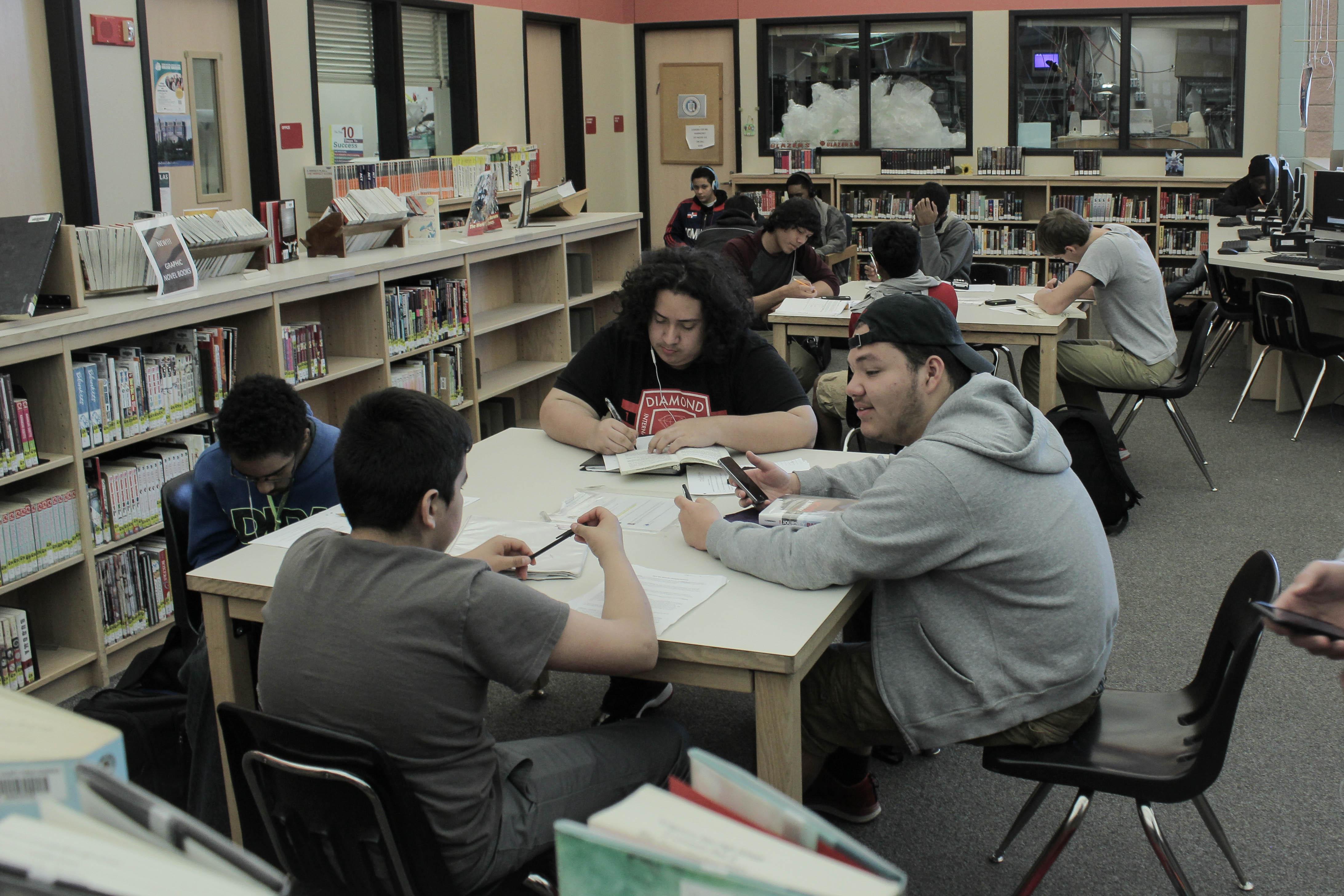 Photo: A group of students relax and socialize in the library during lunch

Photo: A group of students relax and socialize in the library during lunch

At Blair, there are few places, other than bathrooms and sports teams, where we separate boys and girls. This is for good reason. In contemporary society, men and women must be able to work with each other and treat each other as equals. The socializing role of public education includes the need to instill in young people the idea that males and females should positively interact with one-another. When a group of boys and girls step into the library together only to find that the only empty table is for boys only, it instills in them the notion that when males and females work together, disruption ensues.

To be clear, discrimination and the proliferation of gender stereotypes were not the goals of the Media Center staff. They were trying to solve a problem. But in trying to solve the problem, they stepped over a line. Catzvah is emphatic: "If a lot of students tell us that the rule bothers them, and they have other solutions, we'd listen to that," she said. So, if you believe that all tables in the library should be open to everyone, that gender should be as far removed from discipline as possible, tell your library staff.