Blazer engages in the unconventional sport of curling

When most Blazers hear the word curling, they think of either brooms, ice or hair. Even during the Olympics, curling is an event that is often times overlooked because some audiences do not even consider it a sport. But those who play and appreciate curling see the game as an activity that requires precision, skill and dedication. 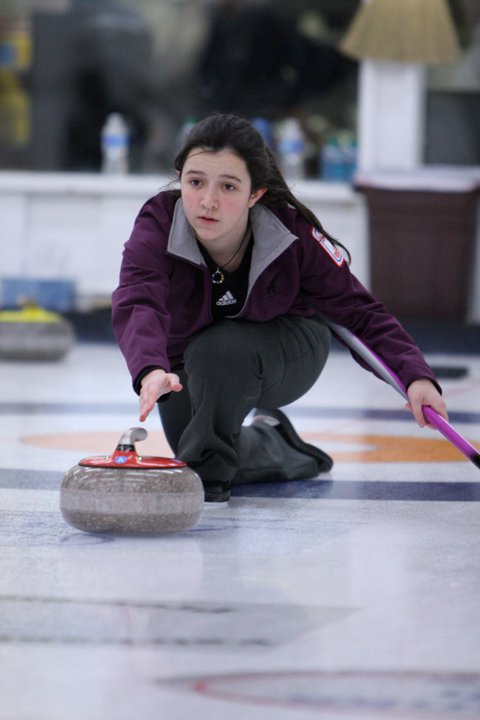 Photo: Becky Vanarsdall delivers a stone, one of her duties as the team's lead. In addition to throwing, she also has to sweep the ice.

Photo: Becky Vanarsdall delivers a stone, one of her duties as the team's lead. In addition to throwing, she also has to sweep the ice. Photo courtesy of Becky Vanarsdall.

For junior Becky Vanarsdall, curling is more than a game – it is a commitment. Throughout her nine seasons of playing, Vanarsdall has been on several teams, engaged in countless hours of practice and competed in a multitude of tournaments, most recently the U.S. Curling Junior National Championships in Fairbanks, Alaska from Jan. 29 - Feb. 5. These experiences have contributed to Vanarsdall's strong devotion to the unique sport.

Vanarsdall was only in elementary school when she picked up curling as a simple hobby. "I started curling when I was almost eight years old, so this is my ninth season," she says. Her dad introduced her to the sport after seeing it on TV while working in Canada. "[He] looked it up when he got home and found the Potomac Curling Club," Vanarsdall says.

At the time, however, the club was just getting started and was going through the process of building its facility, according to Vanarsdall. Once the club did get up and running, thanks in part to her father's contributions, Vanarsdall's entire family started curling. Vanarsdall and her brother played in the junior program while her mother participated in the adult leagues, and it was starting at such a young age that helped Vanarsdall foster a lasting love for the game. "Since it's something I've been doing for more than half my life, it's really important to me," she says.

Like most other sports, curling is a team effort and requires players of similar commitment to come together to succeed. So although all of Vanarsdall's junior teammates live several states away in New York, she has a unique relationship with each.

One of her team's vice-skips - the player who throws the fifth and sixth rocks - Rebecca Andrew, 19, grew up in Maryland and also played with the Potomac Curling Club as a young curler. Andrew and Vanarsdall met nine years ago and have since played together on various teams. "She went to Junior Nationals with me two years ago on a different New York team," Vanarsdall says.

The team's skip - the captain -Hannah Ely, 17, met Vanarsdall three years ago at a tournament. At the time, Ely was playing with the team's other vice Danica Dombroski, 20. Ely and Dombroski came together with Vanarsdall and Andrew when Vanarsdall's old team broke up. "When our nationals team split up I talked to Hannah, since we were good friends and wanted to play with each other again, and we sort of combined our teams," Vanarsdall says. 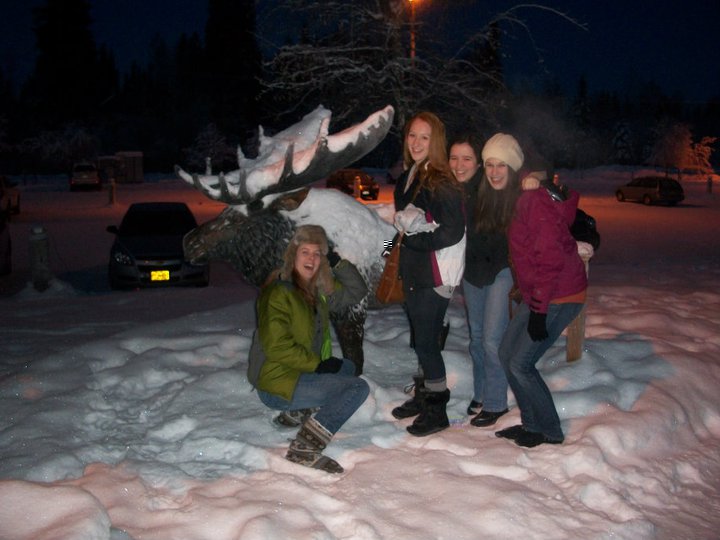 These days, the three other members of Vanarsdall's team train at the Rochester Curling Club in New York while she practices in Laurel as part of the Potomac Curling Club, which is closer to home.

Two years of hard work as a team paid off this past February, as the girls qualified to compete in the Junior National Championship. To qualify, the team had to advance from the Grand National Curling Club (GNCC) regional competition in New York. This was especially difficult because the east-coast region has the largest number of competitors. "This year our region had six junior women's teams competing, which was more than any other state or region, so we got two slots for nationals," Vanarsdall says. Vanarsdall's team received second place, which secured their position at the nation-wide competition.

But getting to Alaska required more than beating other teams. Because the girls had to travel across the country, they also had to raise enough money for thier journey to Alaska. They fundraised by having bake sales and soliciting donations from family and friends. "Some of my team members sold baked goods at a big curling event at their club, we had a donation box at my club and we set up a way for friends and family to donate online using a Facebook fan page," Vanarsdall says. All of their hard work paid off, and each team member and the coach received around $1000 to cover travel expenses.

The Alaska games were nine days of competition and required the team to play nine games against teams from all over the country. "[We] had to play nine games in the round robin, and games are over 2 hours long so we only had at most 2 games a day," Vanarsdall says.

Last year, the girls were unable to even get to the national competition, but this year they changed their usual strategy and were able to place sixth. "At nationals, we won four games and lost five, so we tied for sixth place out of ten, which is pretty good since it was our first time there as a team," Vanarsdall says.

A sport on thin ice 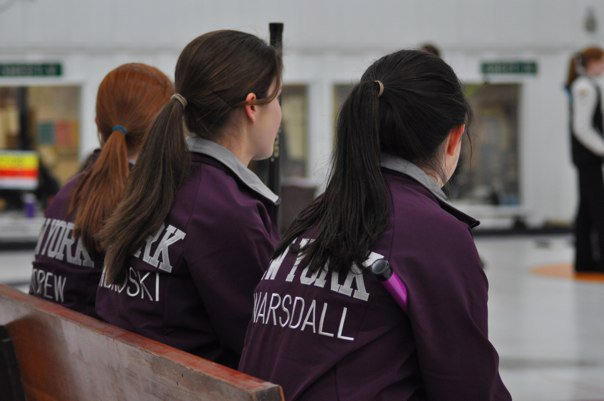 Photo: Vanarsdall's team got to watch several games over the course of the nine day tournament.

Photo: Vanarsdall's team got to watch several games over the course of the nine day tournament. Photo courtesy of Becky Vanarsdall .

Vanarsdall enjoys participating at national tournaments, but there is a roadblock for curlers who dedicate so much time to the sport. With little public support and overlooked competition, there are not as many shining opportunities for individuals like Vanarsdall to get recognition and to play competitively.

Vanarsdall plans on curling throughout college after she graduates next year. However, playing may be a bit of a challenge, considering that only around 45 colleges in the U.S. have curling clubs. "Curling is something I do want to continue in college, so most of the schools I'm looking at are nearby a curling club," Vanarsdall says.

And unlike a young soccer player who dreams of winning the World Cup or a varsity quarterback who yearns to score the winning touchdown at the Super Bowl, Vanarsdall is deterred from wanting to compete in the Olympics due to the lack of seriousness that is attached to her sport. "As for [playing] professionally, U.S. curling hasn't gotten to the point where you can actually be a professional curler," she says. "There's so much traveling involved and it's not popular enough yet that it's actually pretty expensive to keep up."

Despite the limitations, Vanarsdall still loves curling and intends to play in a womens' league after she turns 21. "I would like to keep playing competitively after I've aged out of juniors though, which would mean competing in women's playdowns and nationals instead of junior womens'," she says. With her pursuit of curling for years to come, Vanarsdall hopes to continue sweeping away the competition.