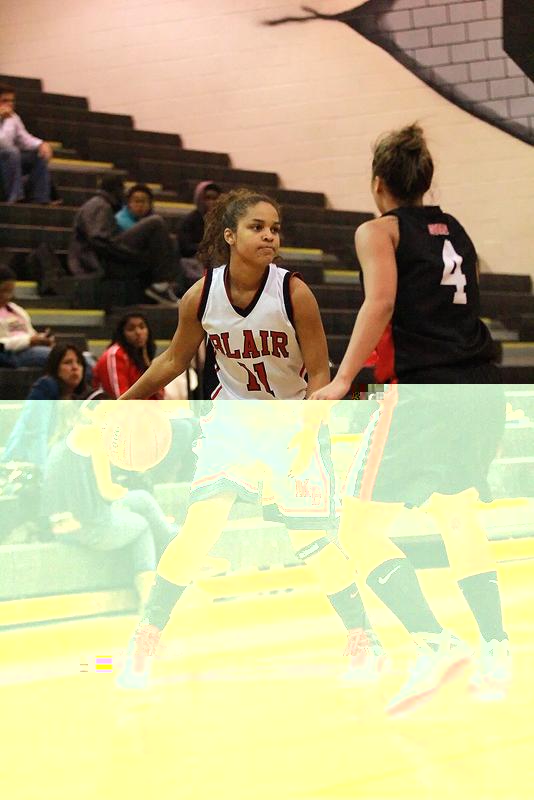 In its third home game of the season, the girls' varsity basketball team (3-2) defeated the Quince Orchard Cougars (1-5) by a score of 74-62.

Blair's first half intensity was a major factor in Monday night's win. Within the first 30 seconds of the game, senior co-captain Johanna Lopez put four points on the board. Blair went on to control the first two minutes of the game, pulling ahead early with a score of 14-2. This intensity carried through and the Lady Blazers finished the first quarter strong, leading Quince Orchard 30-13.

Head coach Erin Conley utilized a fresh set of legs in the second quarter. Shannon Healy, Melissa Romero Mimi Verdonk and Naimani Staley all played with the same intensity seen in the first quarter to increase Blair's lead to 17. Although Staley did not see a lot of playing time, she was a big asset to the team, hitting two three-pointers in the span of four minutes. Blair finished the first half up 47-27 over the Cougars.

Lopez was extremely pleased with Blair's defense and communication on Monday night. "Today's defense was pretty solid. We talked a lot and moved the ball all over the court," she said.

Entering the second half, Blair was clearly not as energetic and their play became progressively sloppier. The Lady Blazers began to foul Quince Orchard consistently, allowing the Cougars to narrow the 20-point lead. The Lady Blazers also began missing shots more frequently than they had in the first half. While the Cougars nearly doubled their score in the third quarter, Blair managed retain its commanding lead with a score of 63-48.

Although the Cougars' scoring continued into the fourth quarter, the Blazers regained some of their previous intensity and managed to hold on to their lead. Lopez and senior Morgan Chase were instrumental in maintaining the fourth quarter lead. The Blazers closed the game with a final score of 74-62. 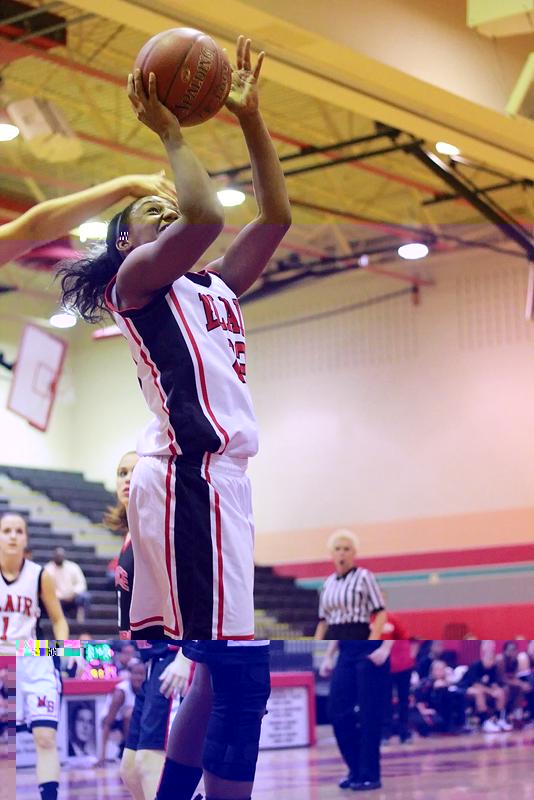 Conley believes that the girls lost focus, which allowed the Cougars to catch up in the second half. "We played well in the first half, but we had a mental lapse in the second half. Quince Orchard never gave up and I give them credit for that," Conley says.

Lopez led all scorers with 31 points while senior Myla Sapp chipped in with 18. Chase had high praise for her teammates. "The other teams view Johanna and Myla as offensive threats. We look to them in times of crisis and we all respect their ability to score major points for us," Chase said.

Chase believes that if they want to beat Paint Branch this Wednesday, they will have to work on their intensity. "We need to make sure that we keep our intensity high throughout the game. We entered the second half a little [relaxed]. We've had to work on that since Gaithersburg," Chase said.

Lopez is confident that the Blazers can win their first division game of the season. "We've been preparing for this game and as long as we keep up our intensity, we can definitely win," she said.

The Lady Blazers take on Paint Branch on Wednesday, December 21, at 7:00 p.m.