Girls' soccer comes in close in 2-1 loss against Churchill

The Blazers bring teamwork to the field, losing by only one goal

The Blazers (2-5) played a determined and strong game against the Churchill Bulldogs (5-0-1), losing by only one goal in the 2-1 game Saturday afternoon.

Blair started the game off the game with momentum: junior Alexandra Melinchok had a shot that rolled just short of the Churchill goal. The opportunity was quickly followed by a hard shot from junior Kelly which flew high over the top of the goal.

The Blazers played an offensive style in the first minutes of the game, leaving their defense slightly lacking. A little over ten minutes into the game a Churchill player gained possession of the ball, dribbled it down the field and scored from close range on Blazer senior goalkeeper Amanda Flores. 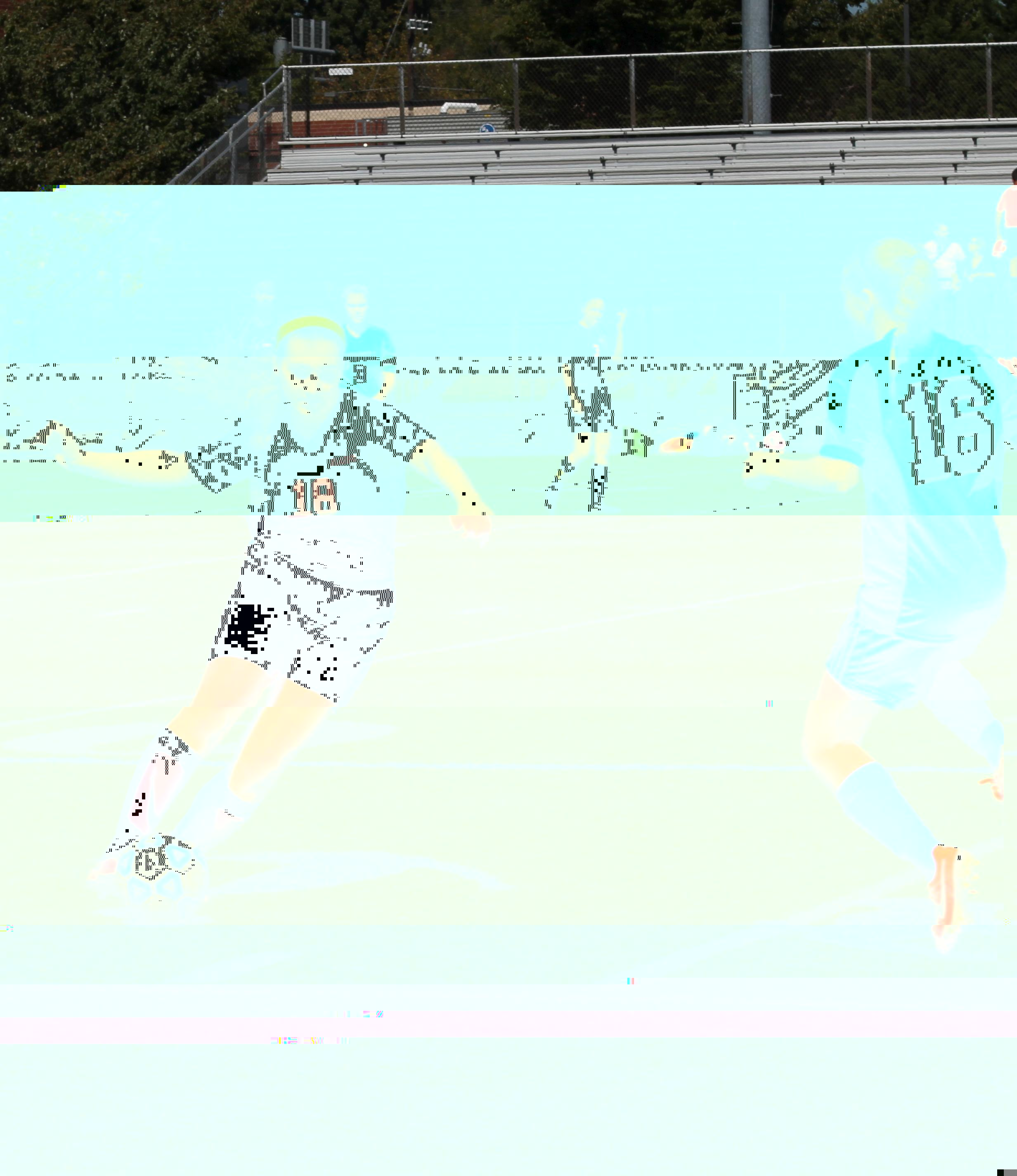 Photo: Junior Amalia Chiapperino gets ready to dribble past an opposing player.

The ball continuously switched sides of the field as both teams were equally driven. Churchill's speed got them far down the field, but Blair's determination and pressure brought the ball back.

The Blazers had a sudden burst of power and speed when junior Cady Pearson gained possession of the ball and scored on a clean, hard shot that went straight into the left corner of the net. Coach Robert Gibb was happy with the play. "She was able to steal a pass and get in behind their defense," he said. Now tied at 1-1 with five minutes left in the first half, the game became scrappier as both teams fought hard for a chance to win.

The second half was a defensive one for the Blazers. Starting the half off with two saves by Flores, the Blazers managed to keep the ball away from their goal and in the middle third. Ten minutes into the half a Churchill player managed to sneak a low shot past Flores and into the goal, giving the Bulldogs a 2-1 lead. 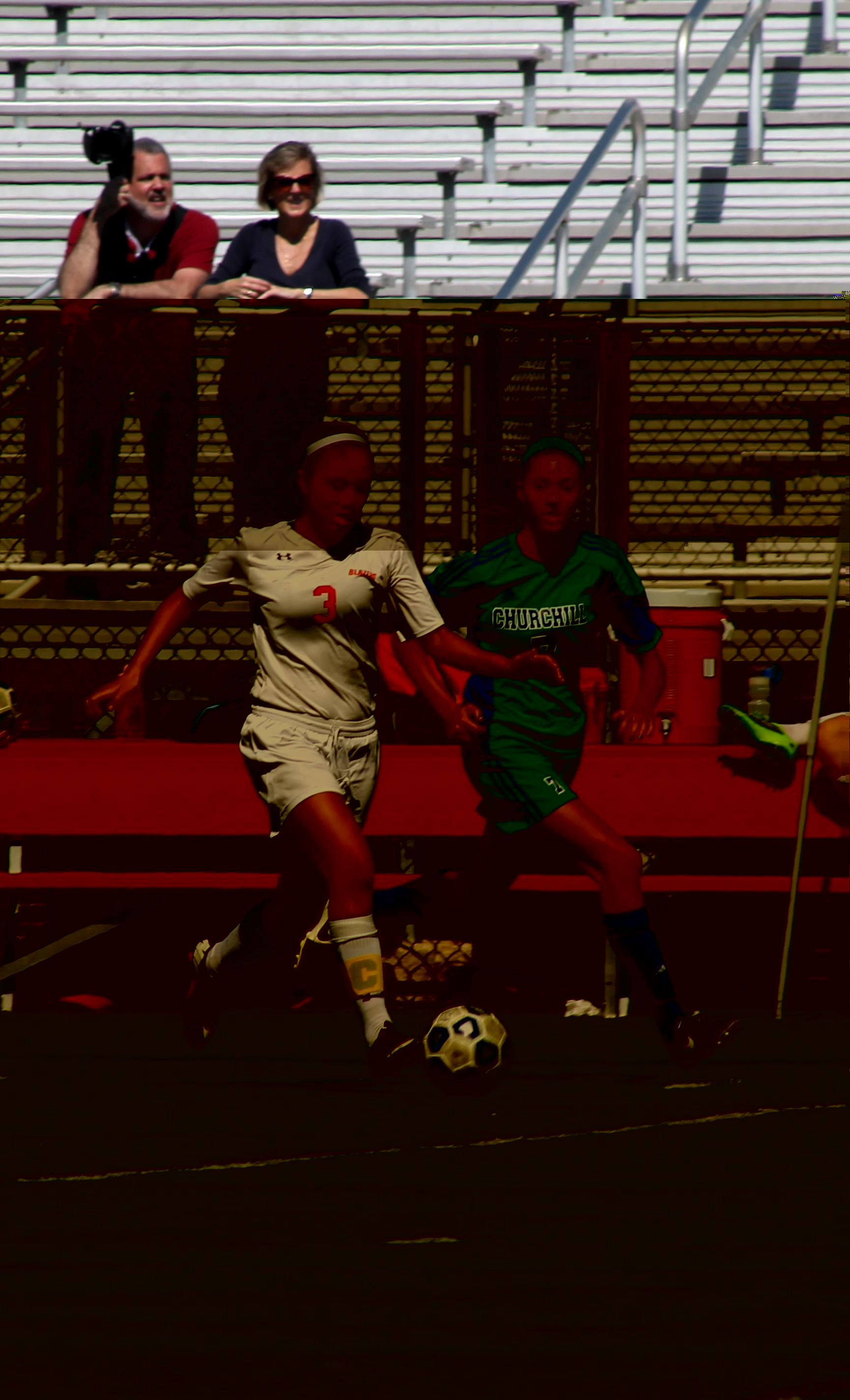 Photo: Alexis Redford-Maung Maung keeps the ball away from Churchill.

Passes back and forth from both teams defined the rest of the game. All of the Blazers were working together by the end to keep Churchill from gaining any more of a lead. "This is the most effort I've seen us put in," said junior Camille Franks. Her teammate junior Kelly Mayo also recognized the teamwork that went into the close game. "We're starting to connect on the field," she said.

Gibb has high hopes for his team, despite their losses this season. "We won the divisional title last year," he said. "Our short-term goal is to win the division this year." If the Blazers continue to bring the teamwork, determination and unrelenting fight that they brought to this game they have a chance at making that happen.