Blazers lose a 1-0 thriller in their season opener

On the first night of soccer season, the girls' varsity soccer team (0-1) lost a closely contested season opener against Bethesda-Chevy Chase (3-0), who won 1-0. The Blazers showed their strong defensive skills from the very beginning of the game. 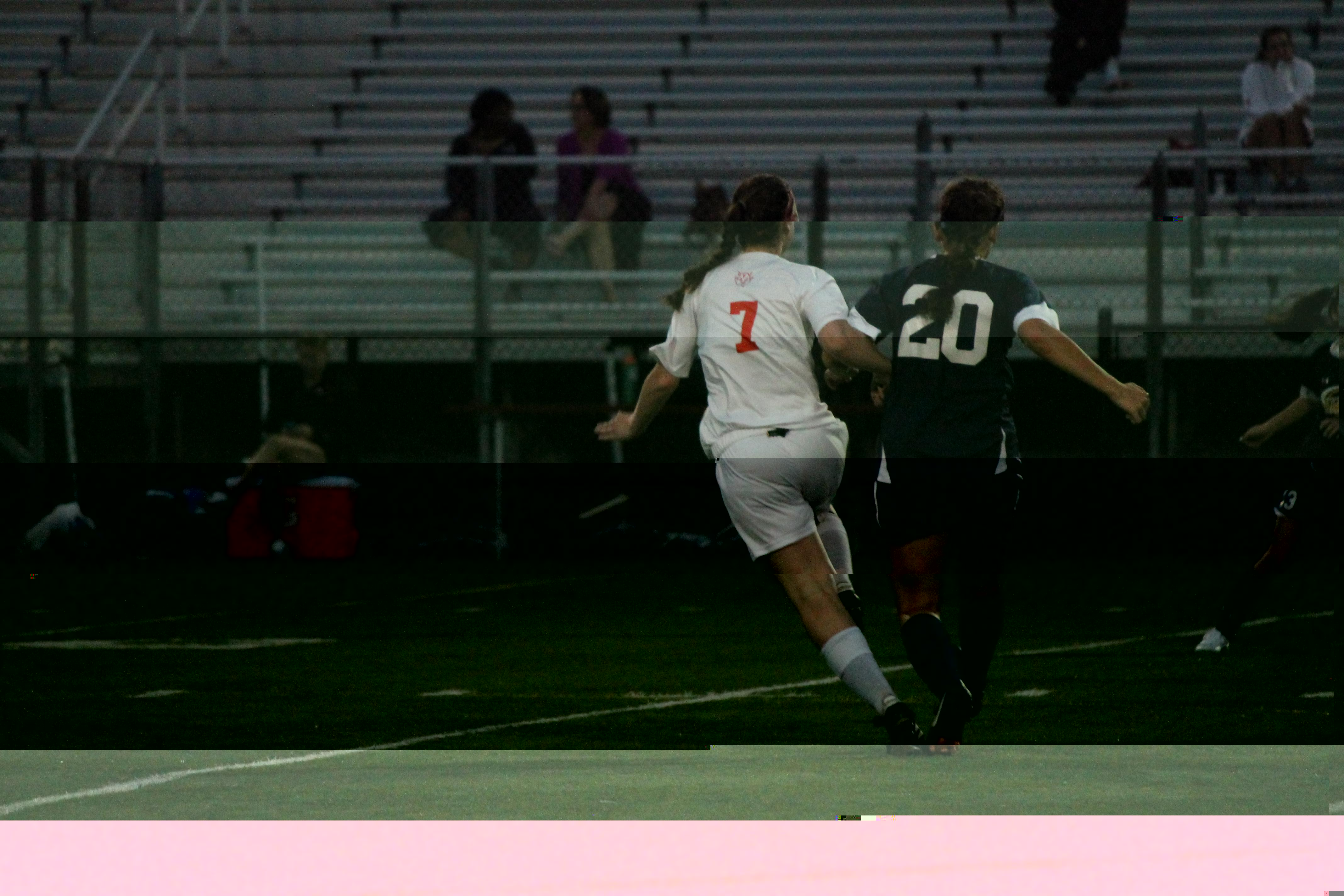 Photo: Senior captain Elyse Salpekar runs to get open for a pass

B-CC got a few shots on goal within the first twenty minutes of the game, one of which went in but was called back after offsides was called on the play. Senior goalie and captain Amanda Flores saved many other B-CC shots taken during the first half. The Blazers' defense, led by senior captain Alexis Redford-Muang Muang and junior Camille Franks stopped multiple other attempts to score by B-CC. Coach Robert Gibb recognizes that the whole team played with "great intensity" but pointed out in particular that the "the defense played outstanding."

The Blazers did start to show their offensive skills until the closing minutes of the first half with strong passing through the midfield by seniors Mikaela McCleery and Elyse Salpekar.

With the Barons in control for the first minutes of the second half, junior captain Kelly Mayo broke away with the ball and dribbled the ball down the field, getting it past the midfield and onto the Barons' half for one of the first times during the game. B-CC quickly regained possession, however, with a free kick. Within the next two minutes, B-CC got two shots on goal, both of which were saved by Flores. She wasn't able to save the next one however, which came with twenty-six minutes left in the game, leaving B-CC with a 1-0 lead.

Although defense was the leading force of the Blazers during the game, the offense certainly had a few stellar moments. Senior Taylor Bosse played strong, keeping control of the ball and repeatedly dribbling it towards the B-CC goal. The Blazers had a few shots on the B-CC goalie during the latter moments of the second half.

Gibb felt happy about the way the game turned out. "We were physical. They had better possession, but at this stage of the season, it's great," he said. He looked forward to the coming games and predicted that the Blazers would have "the usual successful season."

Despite the loss, the players also finished the game with smiles and optimism.
Mayo felt good about the way the Blazers played and looks forward to the team's prospects this season. "We have the chance to do pretty well. We can do this through hard work and never giving up," she said. Franks felt similarly and thought the team's strength this game lay in teamwork. "We worked really hard as a team, we're a soccer family," she said.