BLAZER STADIUM, OCT. 3—The Blair girls' varsity soccer team (3-6) triumphed over the Northwood Gladiators in the team's first division game The resounding win was a confidence boost for the Lady Blazers, whose previous games were narrow losses.

The starting line-up was composed largely of younger players who have seen less field time, including freshman Katie Ozeroff, sophomore Camille Franks, junior Idis Giron and junior goalkeeper Amanda Flores. Initially, the Blazers were tentative, allowing Northwood a fair amount of possession, but as the game progressed they grew bolder. Eight minutes in, junior Taylor Bosse netted a tidy shot at close range to put Blair on the board. 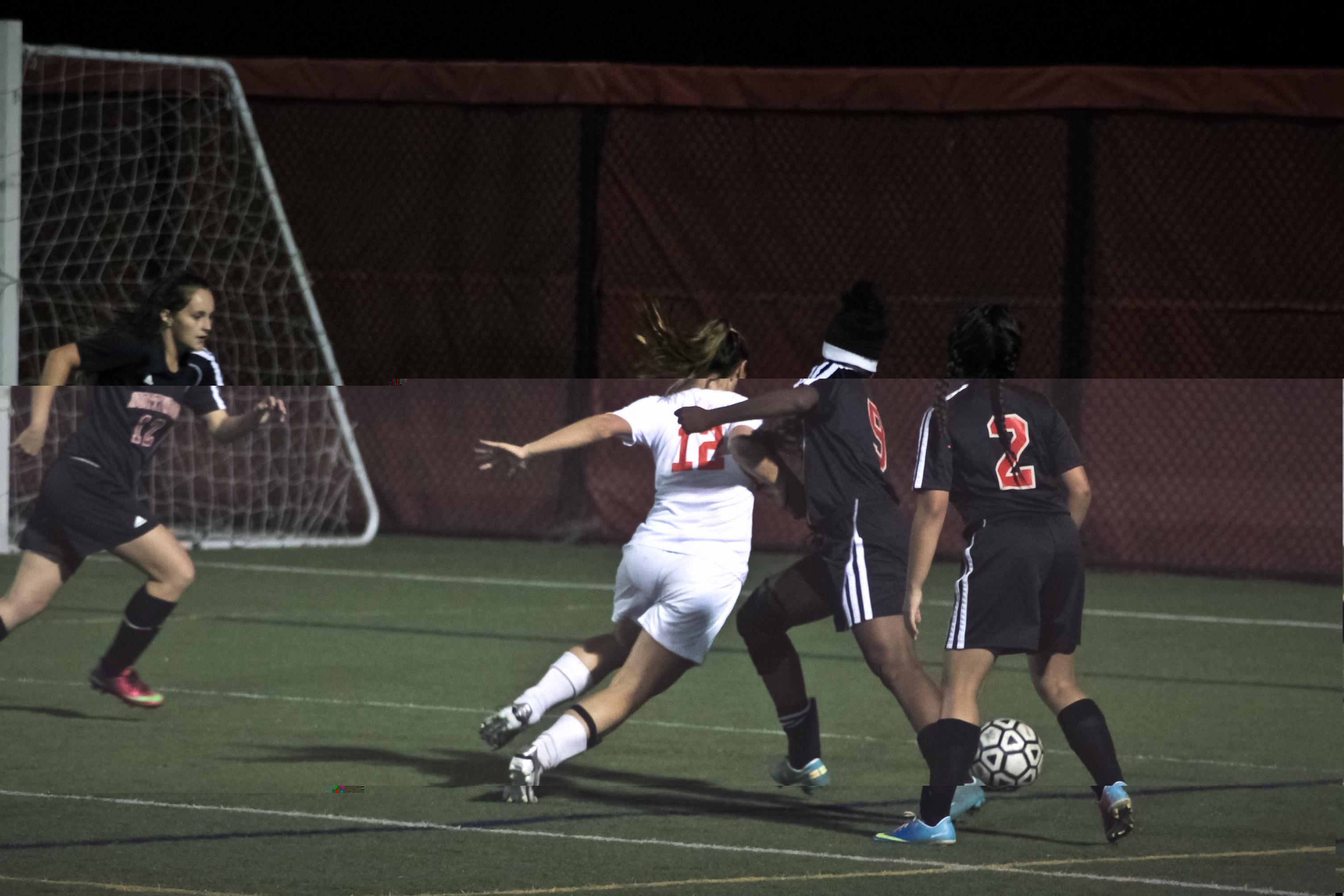 From then on, the Lady Blazers controlled the game, keeping the ball largely in Northwood's end, with the defense providing backup as needed. Gradually, more seniors and seasoned players came in. Senior captain Delia Trimble, who started, provided solid backup for both the younger and older players throughout the game. Flores barely had to touch the ball, and the defense stayed at midfield or close to Northwood's goal for most of the game. Near the end of the first half, sophomore Kelly Mayo scored at close range off a strong assist. Less than a minute later, Mayo scored again, netting the ball easily and giving the Lady Blazers a strong finish to the half up by three goals.

The Blazers' gained momentum and energy in the second half. Though they were clearly dominating the field, they were unable to penetrate Northwood's defense until 14 minutes in, when freshman Joelle Nwulu sent the ball into the far corner of the goal. Three minutes later, senior defender Adrianne Kehne narrowly scored off a good cross, with the ball rebounding into the goal. Finally, four minutes later, Mayo scored for the third time, putting together a hat trick. The Lady Blazers finished strong, effortlessly dominating the game, for a win of 6-0. 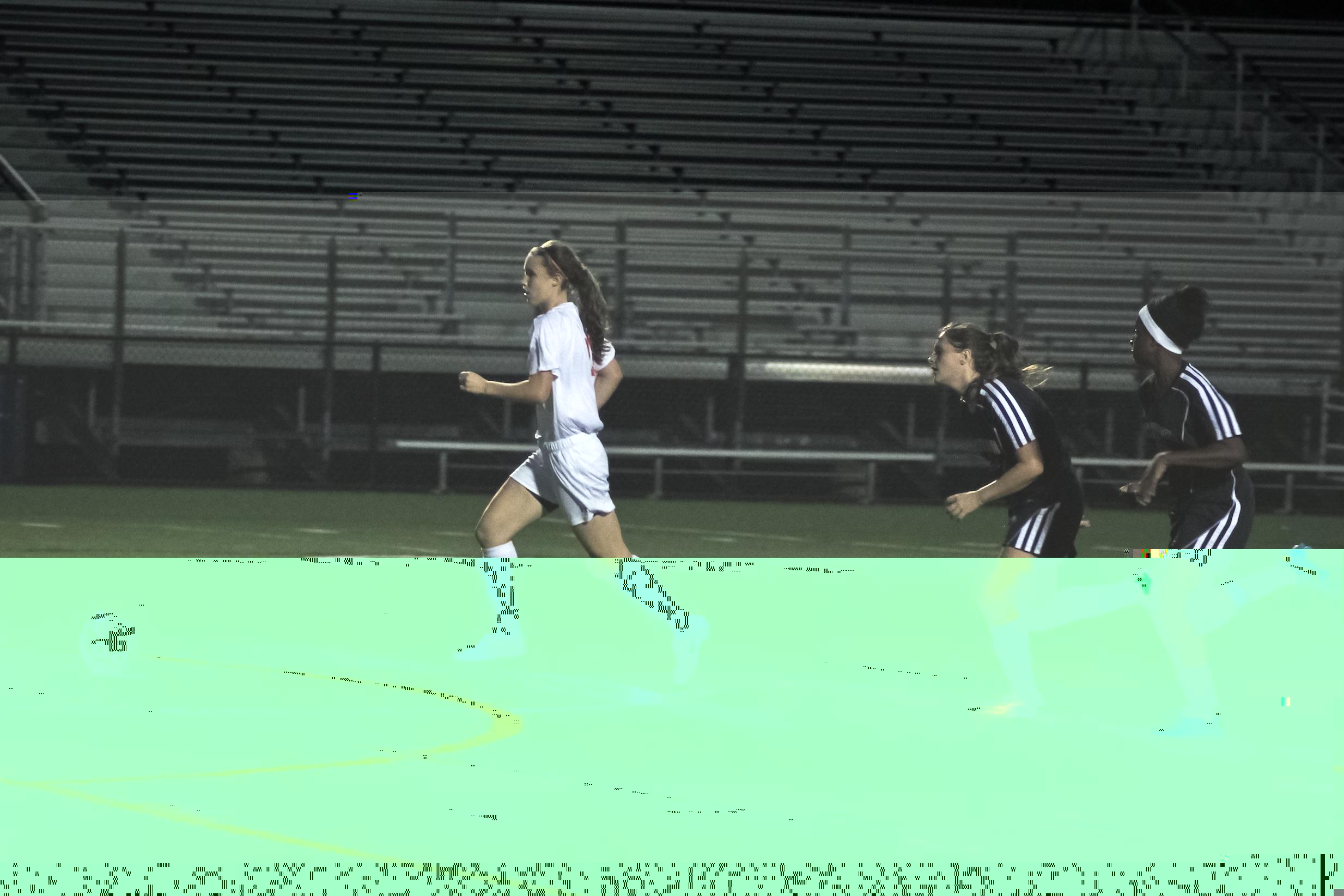 The win was gratifying for the players. "We finally got our act together. It's a real confidence booster," Kehne said. "Lots of shots on goal, and our younger players got time and experience and they did really well."

Coach Robert Gibb was especially pleased. "We've had a rough start to the season, we've played some really good teams and we've come up on the short end. But tonight we scored six goals. Everyone except [senior goalkeeper] Sadie Isakower played, and they did a really nice job," he said.

Despite the victory, the Blazers will continue to push themselves to improve. "As a team, we were playing a lot better. We had more passes, more chances. And we need to play like this against good teams," Mayo said. The team will especially work on avoiding a slow start to the game. "We need to pick up the pace. It improved, but we have to be able to bring it," Kehne said. "We need to work on bringing intensity from the first minute. The momentum from this game should let us do that."

Gibb hopes this win will serve as motivation to get another. "Winning and scoring goals gives confidence. We'll build on that," he said. "We'll focus on clean movement, good first touches, making decisions quickly, and we'll hope for at least as good a result."

Regardless of what happens in the next game, this game's triumphs are cause enough for celebration. Kehne, as a defender, rarely has a chance to make a shot, much less score. "I was not expecting it to go in. But I'm glad I went for it," she said. Mayo, as a sophomore in her second year on the varsity team, is already breaking her own records. "I got my first varsity hat trick," she said. "That was cool."

The varsity girls' soccer team will play its next home game on Wednesday, October 9 against Sherwood at 7:00.