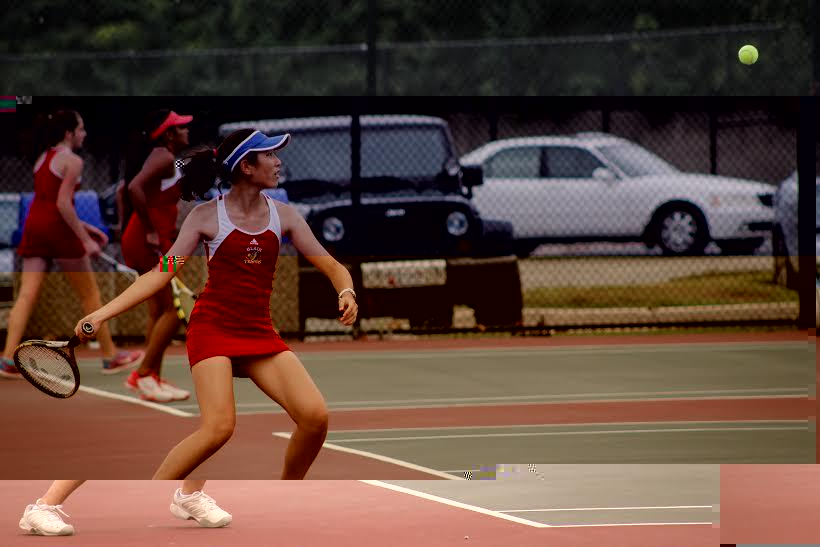 Photo: Christine Cho gets ready to return a serve.

Christine Cho gets ready to return a serve. Photo courtesy of Ben Lickerman.

The first doubles match was played by juniors and team captains Arianna Sankar and Daliah Barg, and the second was played by junior Diana Leung and freshman Christine Cho. While both duos ended up losing their matches, they showed effective teamwork throughout, which allowed for them to return many of Churchill's tough shots.

They also managed to keep an air of optimism and determination during their matches. "We stay positive even when we're losing," Leung said. "Motivation is key!" Barg said. "We're good at motivating each other when the going gets tough."

Head coach David Ngbea, while disappointed in the loss, had no doubts that the tennis team played their best. "They gave their very best and tried hard so they did play well in that sense," Ngbea said. "It's a good game as long as they have the will to fight."

Ngbea voiced his belief that both games, win or lose, can be learning opportunities for players. "After this game I realized we need to practice moving," Ngbea said. "Tennis is a running game, and they need to move their feet like Churchill's players did."

Members of the team also agreed that they learned what to improve on from this game. "I think it was less of them beating us than it was us beating ourselves," Barg said. "But I know we'll learn from our loss and look forward."

"We didn't anticipate our strokes enough," Cho said. "Now we know that we need to work on that, and we'll be better at that by the next game."

Ngbea also believed that playing Churchill was an interesting and beneficial for the team, as Churchill's girls tennis team is ranked as the number one team in the first division of the county, while Blair's team is in the second division. "I wanted to see how they would react to a strong opponent, and I could see in this game that they tried hard," Ngbea said.

The girls' varsity tennis team will play its next home game on Monday, Sept. 15 against Walter Johnson High School.