Blazers blow away Gaithersburg in the third game of the season

The girls' varsity lacrosse team (2-1) defeated the Gaithersburg Trojans (0-3) by a score of 14-4 in its third game of the season. The Blazers picked up the pace and built a lead before the first half was over, which led to their win. 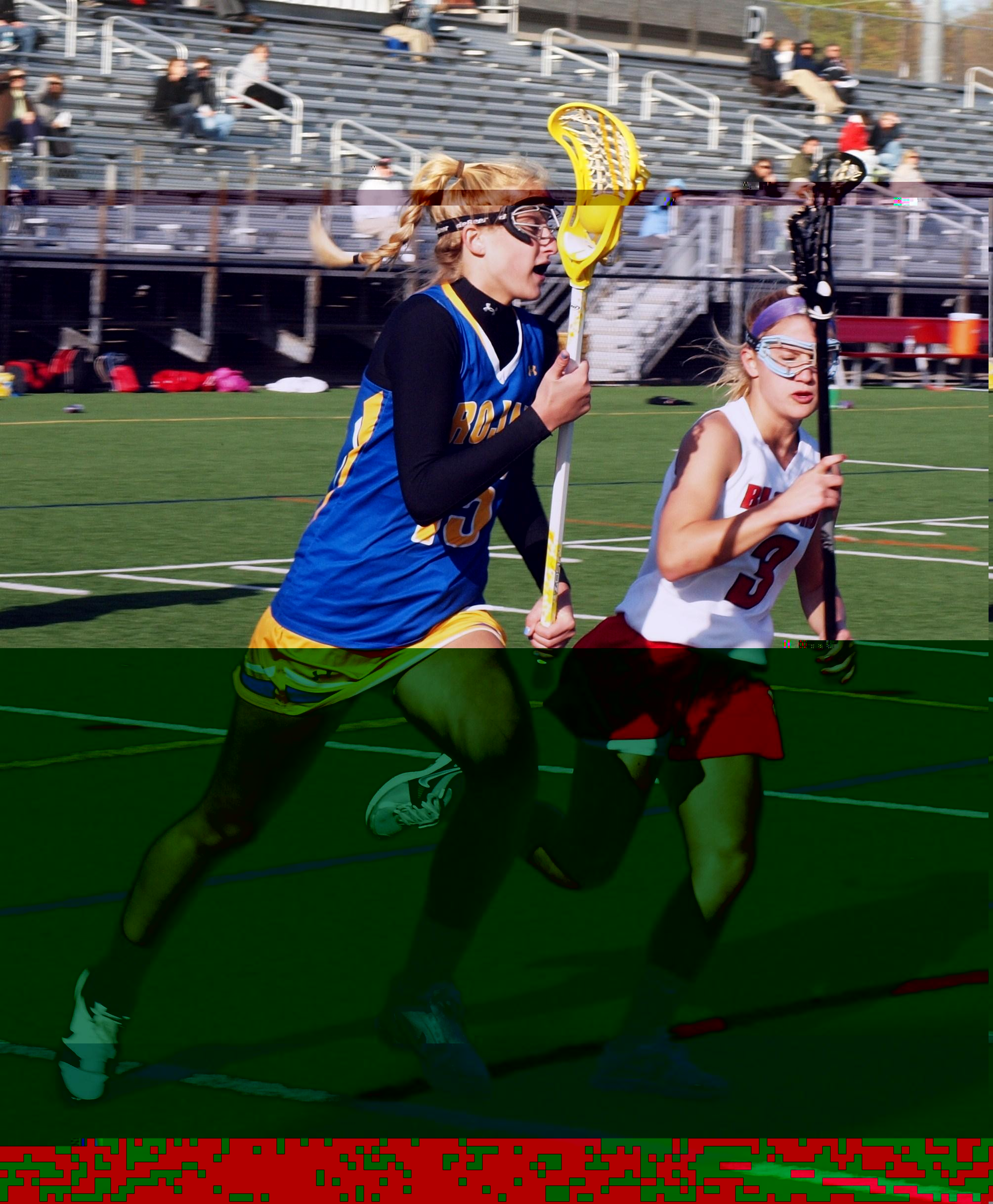 Photo: Junior Lisa Bianchini keeps up Blair's tight defense to prevent the Trojans from scoring too many goals in the game.

Photo: Junior Lisa Bianchini keeps up Blair's tight defense to prevent the Trojans from scoring too many goals in the game.

The Blazers were on the top of their game against the Trojans because they kept their defense strong. The Trojans made an effort to score, but they were unable to penetrate Blair's defense. Senior Rachel Smith made accurate passes and senior Molly Flannagan made quick saves to keep the Trojans away from reaching the net.

According to head coach Michael Horne, Smith and junior Caren Holmes had the most goals. They each scored at least five throughout the course of the game. The Trojans made most of their goals in the first half because Blair did not let them keep it up in the second. At halftime Blair was up 7-3, predicting the game's outcome.

During the second half, the Trojans could only get one goal passed Blair and did not score for the remainder of the game. The Lady Blazers, however, were able to score consecutive goals and overcome the Trojans' defensive effort.

According to Horne, the girls came together to take a strong stance against the Trojans. "It was definitely a team effort," he said. "We work hard to emphasize team and different girls really stepped up. It's a team success."

Horne hopes to have a good rest of the season and continuously have the team show as much effort as they did during this game. He is confident that the team's future games will go well. "I think we'll be in every game if we take care of the little things," Horne said.

The girls' varsity lacrosse team will play their next home game on Monday, April 16 against Paint Branch at 5:00 p.m.