Blair beats Damascus in their quickest win of the season

In their fourth win in a row and fastest game of the season, the girls' varsity softball team (5-1) defeated the Damascus Hornet (0-1). The game got off to a slow start but with solid and focused offensive and defensive players, the Blazers managed to score 5 runs in the last inning, with the final score 10-0 Blair.

Going into the game, Coach Louis Hoelmann was confident solid chemistry would help contribute to their fifth win of the season. "The team seems to be in a really good place right now. All around the chemistry we have on this team [is great]. The defense is playing well, we're hitting the ball well and everyone's contributing,” Hoelmann said.

At the beginning of the game, the Lady Blazers were going strong. At the bottom of the first inning senior Kerry Madden hit an RBI that allowed sophomore Mildred Devereux and senior Andrea Brown to score Blair's first two runs of the game. 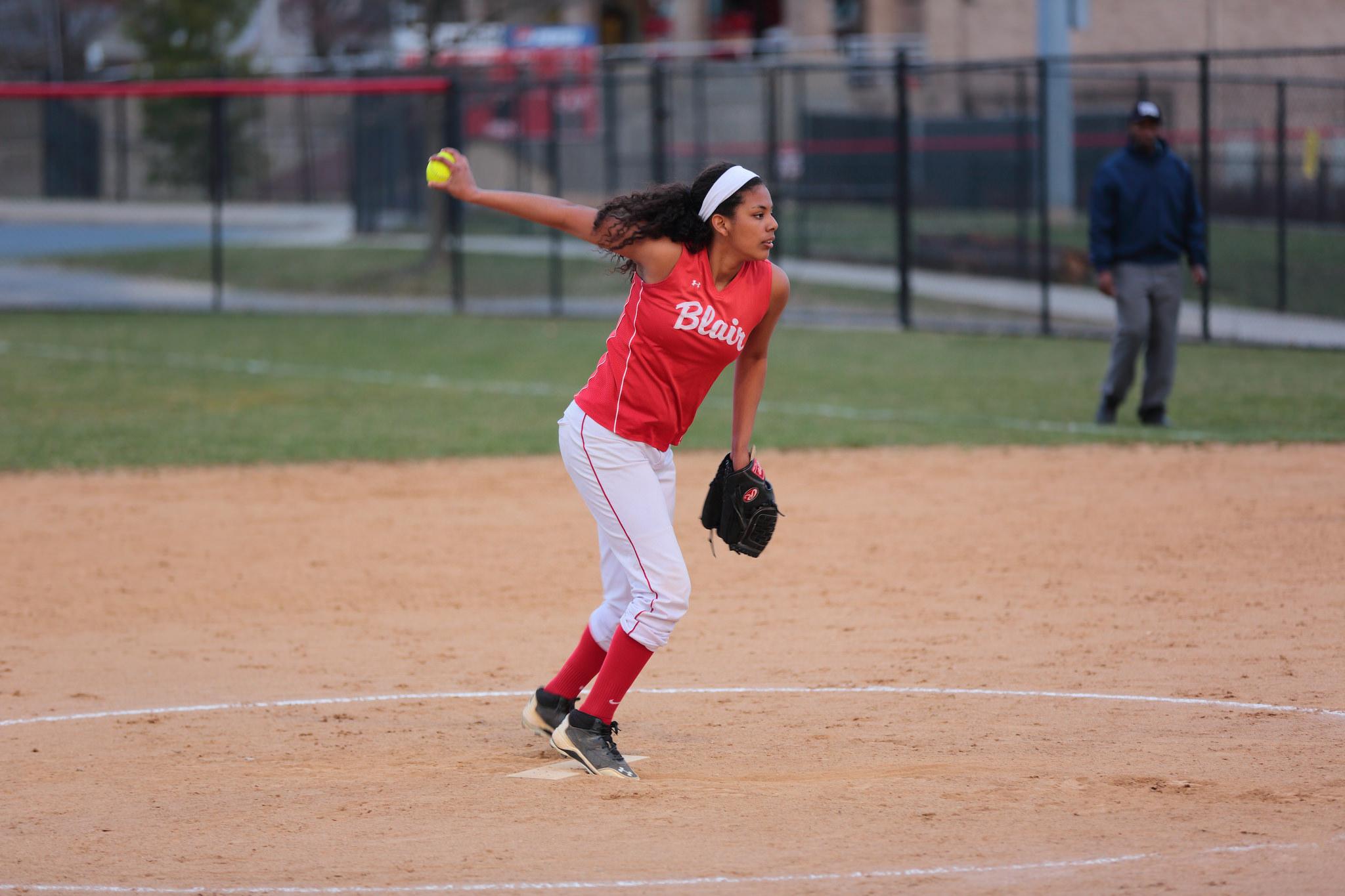 Going into the top of the first inning, Blair was up 3-0 and the Blazer's defense was moving and thinking quickly. They dominated Damascus keeping batter after batter from scoring a run. Most notably senior Camilla Arias was instrumental in preventing Damascus from scoring its first run of the game.

At the bottom of the fourth, Damascus' defensive was having trouble keeping up. The shortstop and first baseman were successful in throwing the ball to prevent base runs, but the lack of solid outfield defense was what got the Hornets in the end. Senior Maria Cruz stole second after hitting a fly ball into the outfield. The next batter, junior Reva Kreeger, was awarded first base. Afterward junior Anna Reachmack hit a line drive over first that allowed her to get a base run. With the bases loaded, the Hornets couldn't keep Devereux and Brown from scoring two RBIs in a row.

The Blazers dominated in the bottom of the fifth inning. Blair quickly overtook the Damascus defense with three of the first four players at bat getting base runs. With the bases loaded Kreeger hit a line drive RBI. Up by 6 runs, the team quickly scored four more, with batter after batter hitting RBIs. Kreeger scored the last run of the game by sliding in to steal home, and ending the game with a final score of 10-0, Blair. 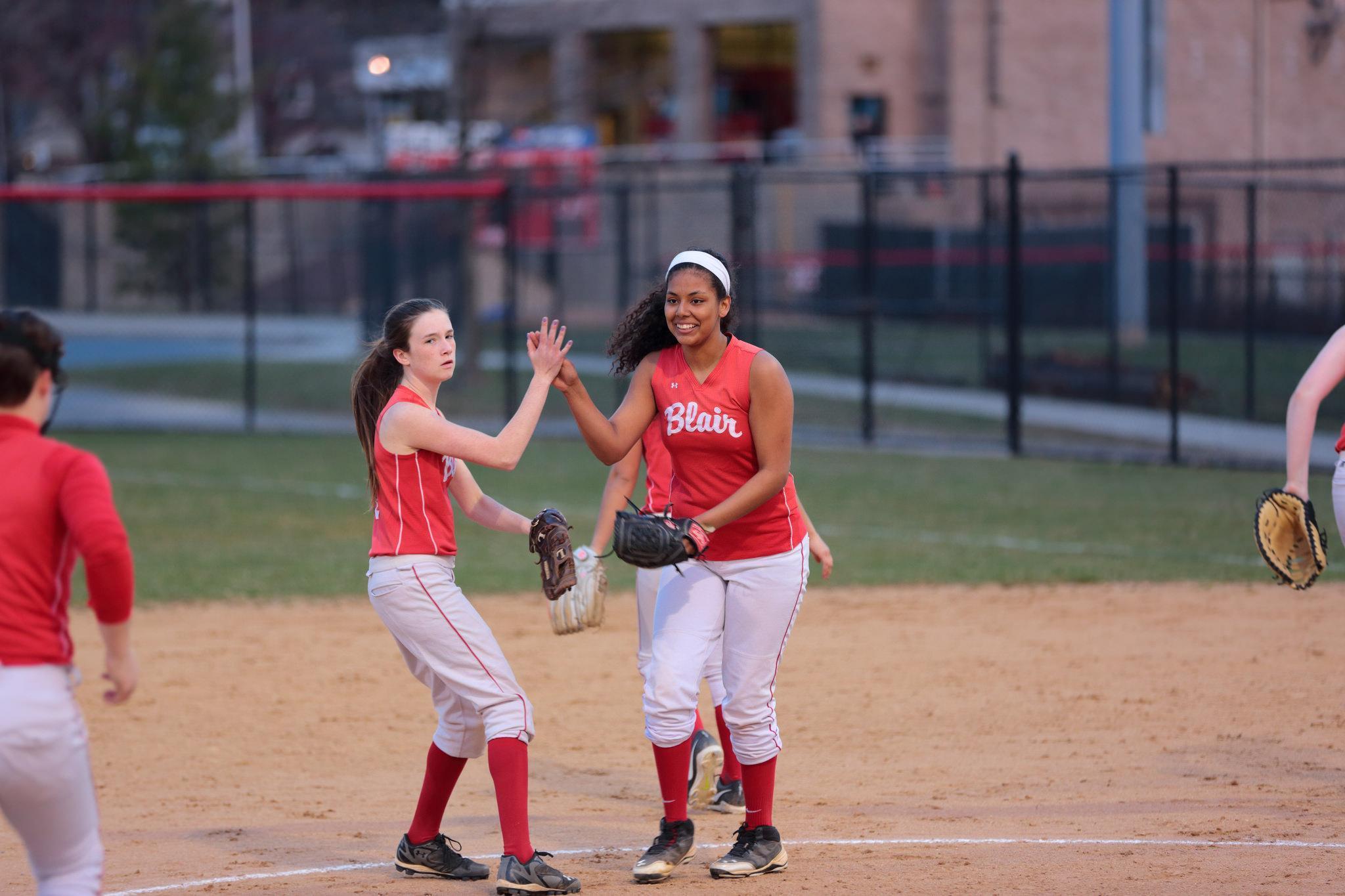 
Following their win sophomore shortstop Izzy Lott was proud of what the team managed to accomplish in such a short amount of time. "We totally kicked butt, we got a slow start with our hitting but once we get on a roll we can pull something off like that, like five runs when we need them. It feels pretty good,” Lott said.

Hoelmann was also very proud of the team and their accomplishments, but did acknowledge that the team still needs some time to grow more. "It was a total team win, we were clutch at the right time and when we got runners on base we were able to score them. We still have a long way to go and we have some things to work on but I think we're progressing each game and I'm really proud of that,” Hoelmann said.

Reva Kreeger is a staff writer on Silver Chips.