Blazers exit early in the playoffs after a strong season

Blair's girls varsity volleyball team had a strong season this year, finishing 13-6, similar to last year's record of 13-8-1. Though they were defeated in the first round of the playoffs by Walter Johnson, this season changed the Blazers' lineup orientation so that they were able to play off of each other.

Due to the addition of taller freshmen this season, the team's orientation has changed from defensive to a more all-around team. "This year was a really big change because our freshman are really tall," junior Tiffany Mao, outside hitter, said. "Previously, we were known as a short defensive team but now our orientation has changed so it's a really big difference in the style of how we play."

The team had to recover from the loss of numerous graduating seniors who were defensive specialists. They had to alter their playing orientation, and move away from a purely defensive strategy to something more all-around. "Last year we were a fresh team because a lot of seniors left before the season. Now, we have stronger bonds and are better at working together as a team," senior captain Jasmine Blassingame said.

Notable games include their senior night win against Wootton, where the team played five sets and won despite being down 7-1 in the last set, and their regular season loss to Walter Johnson. "We went to the 5th at Wootton and were losing 7-1. You almost never win that because it goes to 15 and you have to get two points for every one that they get," said Christopher Klein, who has coached the team for the past eight years. 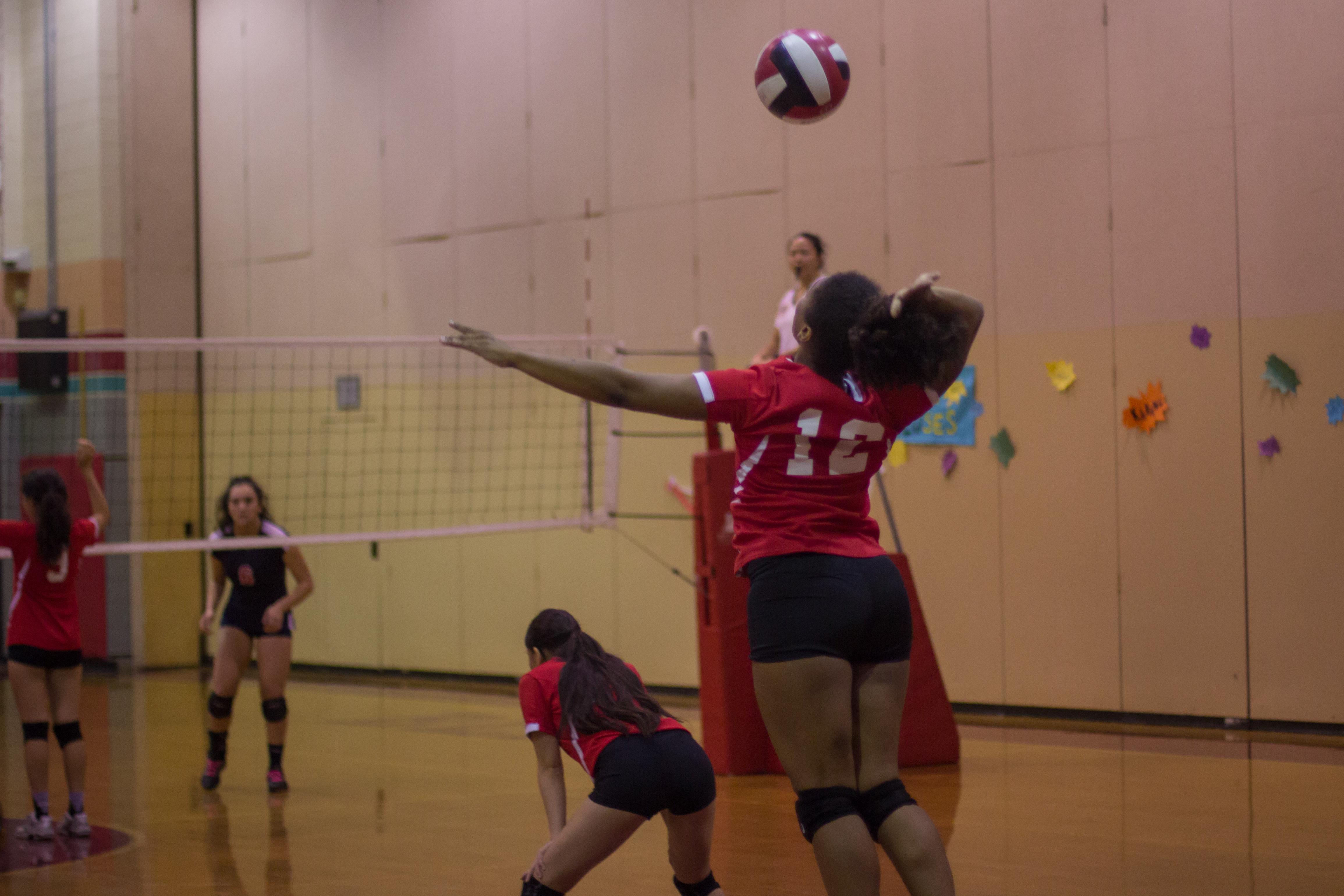 This year, the Blazers won sets against Walter Johnson, the regional finalists, for the first time in almost a decade. Klein was excited that the Blazers had the chance to play against some of the best teams in the county and the state, "It's not easy to be in the conversation with the top teams of the state, and we are," he said.

Their final game of the season was the first game of the playoffs against Walter Johnson. The Blazers lost in four sets, but the team is focusing on the positives and how to improve for next year. "It's kind of upsetting but I know that we tried our best so I'm not completely upset. We really put in our effort and we planned to go far, but you win some, you lose some," Blassingame said.

Just like the girls on the team, Klein is extremely proud of the team. "We're like a family: we grew, we got better every day, we worked really hard and it was enjoyable. I think that hard work should be the measure of a successful team, and I'm really proud of these girls," he said.