Club hopes to spread awareness about the cause

Last Monday, the Blair Global Culture club began its two week-long fundraiser to spread awareness about human trafficking and its impact on the global community. The club will accept donations during both lunches until Friday. All collected funds will be sent to the United Nations Voluntary Trust Fund for Victims of Human Trafficking. 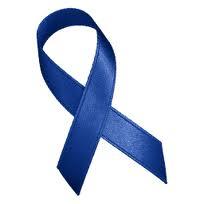 Photo: he Global Culture club is handing out blue awareness ribbons to those who donate to their fundraiser against human trafficking.

Photo: he Global Culture club is handing out blue awareness ribbons to those who donate to their fundraiser against human trafficking.

The Global Culture club wants Blair to significantly aid the global community in a positive way. It plans to use its fundraiser to help with the United Nations' (UN) 2012 Blue Heart Campaign to raise awareness about human trafficking. Club members are handing out blue ribbons to those who donate to represent their contribution to the cause.

The club's activity director, junior Khadija Mohamud, developed the idea for the fundraiser after her experience as a People to People Student Ambassador. "Ever since my trip with the ambassador group, I always felt that not only are we all responsible for informing ourselves of the cultures and traditions of others, but also for actively taking part to help our other brothers and sisters in the global community," Mohamud said.

To continue its awareness efforts, the club plans to hold an international show at Blair on May 18 where students from a variety of nationalities and heritages will have the opportunity to perform traditional acts from their home countries. Students may perform a dance, song or other cultural act. The club will put sign-up sheets around the school and hold auditions for the event at its weekly meetings.

The club hopes to raise $1,000 to $2,000 from both the fundraiser and international show, but Mohamud believes that the club's ultimate goal is to raise awareness, not collect funds. "At the end of the day, we know that the funds we make are not as important as the stories we told and the many concerned faces we saw when we asked others to give donations," Mohamud said. "This fundraising is honestly more about inspiring others to not only donate but to try and become involved in helping the global community."

Mohamud also hopes the fundraiser will encourage students to become members of the club and get involved in global efforts. The club is new to Blair this year, and is looking to expand in order to fulfill the members' goal of raising cultural awareness, according to Mohamud. "We really wanted to start a club that was activity oriented, as well as focused on educating others about diverse cultures, languages and traditions from other countries around the world," Mohamud said. "[The Global Culture] club was really formed from our past experiences of having dealt with others' ignorance on our own cultural backgrounds."

People interested in participating in the International Show can audition at the club meetings on Thursdays or they can email the event organizers at mbhsgcclub@gmail.com. Students can sign up to audition for the show in room 153 until March 29.