Lenhart and Ferrill speak about how students can get involved

Kaia Lenhart, a founder of GMMB (Greer, Margolis, Mitchell, Burns and Associates) and Girl Up, and Mikaela Ferrill, an account executive, spoke at last week's Girl Up meeting after school on March 9. Blair's Girl Up club invited both speakers in an effort to encourage and applaud all the work the club has done, as well as to give insight into the organizations.

Blair's Girl Up club is a United Nations Foundation dedicated to helping girls in others countries receive a proper education. Girl Up advocates for the girls through policy and pushes to have legislation passed, as well as raise money and awareness for their cause.

At the meeting, Lenhart and Ferrill encouraged the Blazers in Girl Up to keep advocating for girls' rights and raising money. They played videos from the organization to inspire the audience. "Social media is powerful. It may not feel like you're not doing a lot but you're allowing for your voice to be heard," Lenhart said. 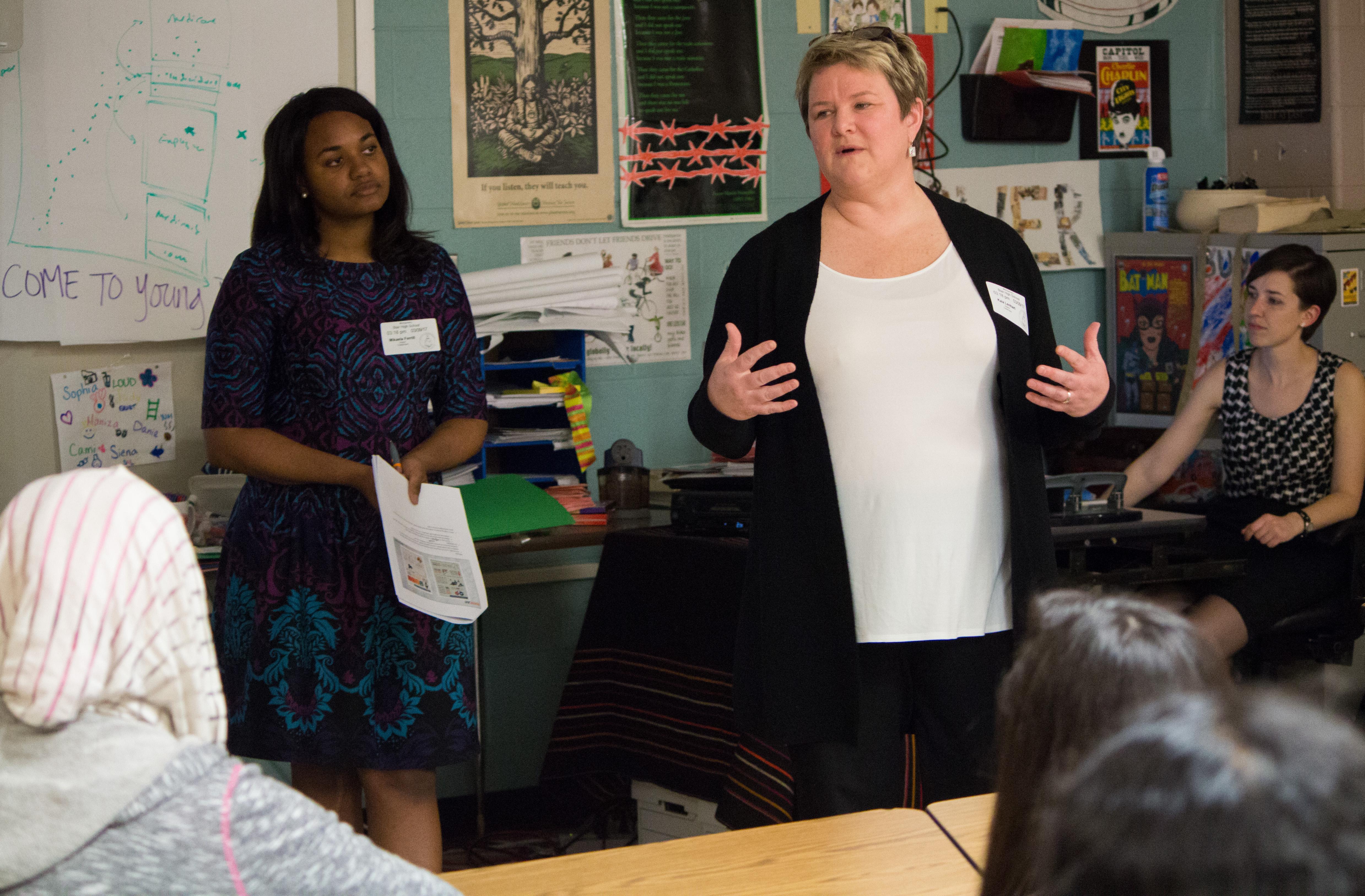 Blair's Girl Up club raises money to provide support for schooling and to provide girls around the world with fundamental rights. At the meeting, the club held a bake sale to raise money for the campaign.

In the past year, Blazers have successfully raised hundreds of dollars, through fundraisers inspired by the cause, such as selling Girl Hero grams and homemade bracelets. Emma Markus, one of Girl Up's cabinet members, contacted Lenhart and Ferrill and invited them to speak at one of their meetings.

Junior Suraya Mohamud, one of Girl Up's co-presidents, felt that it was important to teach students about the organization's history and expand their knowledge on current events taking place around the world. She also said that the bake sale was an opportunity to fundraise and a means to gain support from students gathered there that evening. 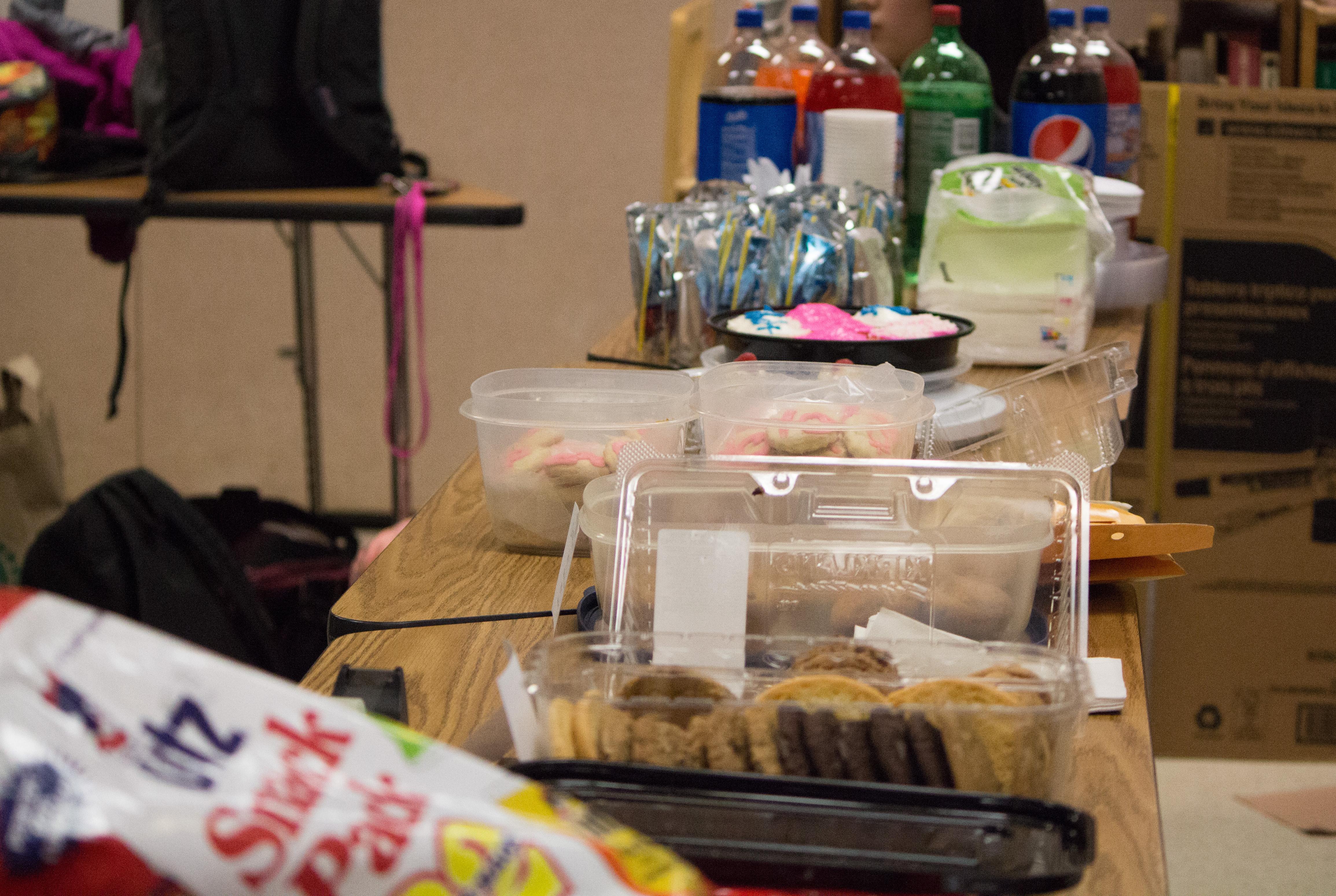 Photo: Girl Up held a bake sale in an effort to fundraise money towards girls in need.

Photo: Girl Up held a bake sale in an effort to fundraise money towards girls in need.

GMMB, an organization also spearheaded by Lenhart, is an agency that organizes political campaigns, nonprofits, creative agencies and media. The organization echoes the voices of many and uses its communications expertise to contribute to healthier kids, better schools and elected leaders who will drive society forward. The presentation demonstrated the similar strands of hope the two groups intended on instilling, and the change which they intended to create in the world. Lenhart, although very proud of the fundraising and efforts, valued awareness and knowledge as the key element and factor, "a concept so powerful" that it superseded all.

After Lenhart and Ferrill spoke, they opened up the floor to questions. Students asked about how to get more involved and expanding the club's efforts internationally. They also spoke about creating non-profits and dealing with communications with the United Nations. At the end, the two speakers handed out goodie bags for those who attended.

Sophomore Devin Sorto attended the meeting and felt inspired by the videos produced by GMMB and was glad that the speakers spoke about using student rights. "It was clear that they cared for student expression. I plan on getting more educated and attending more meetings in the future," Sorto said.

Girl Up plans on inviting more organizations. The club meets every Thursday after school, from 3:30 p.m. to 4:20 p.m. These meetings are open to anyone at Blair. "We hope to have more guest speakers in the future and hope to see even more faces at meetings," Mohamud said.