George Pelecanos, Blair parent and writer for The Wire, speaks to Blazers about his work

On Tuesday, novelist and screenwriter George Pelecanos visited Blair to speak to several classes about his experiences while working for HBO on shows such as "The Wire," "Treme" and "The Pacific." 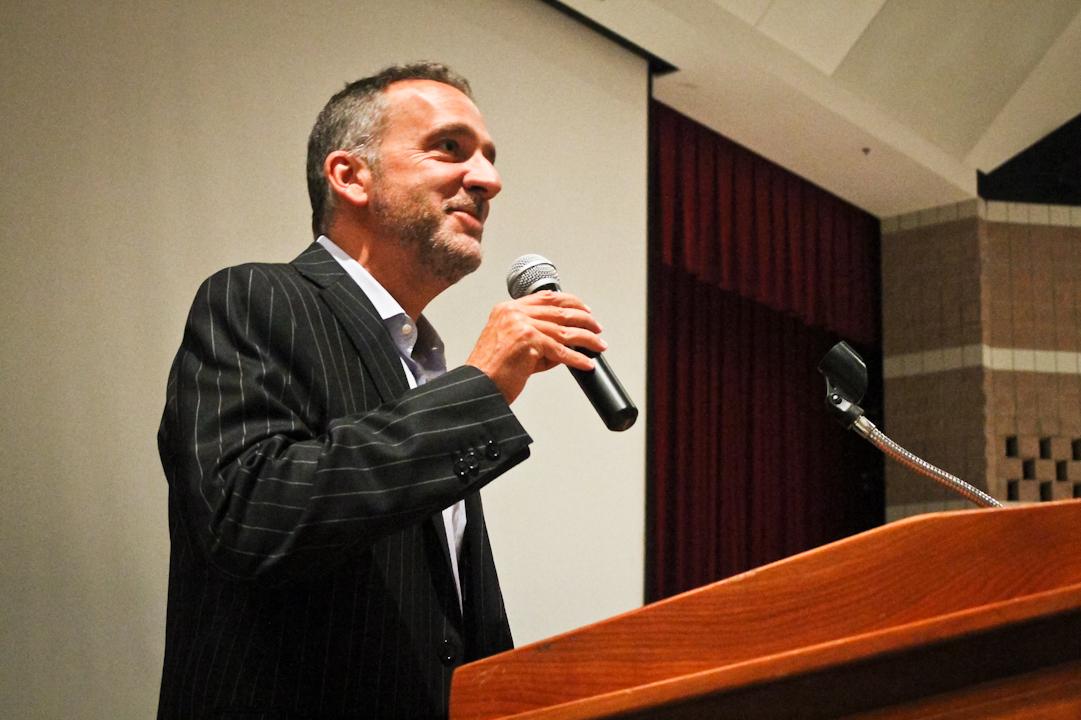 Photo: George Pelecanos speaks to students about his career as a writer.

Photo: George Pelecanos speaks to students about his career as a writer. Photo courtesy of Emma Howells.

Pelecanos, father of sophomore Rosa Pelecanos, grew up in Silver Spring and graduated from Northwood High School. "I grew up one mile from here, I graduated from Northwood...35 years ago, I was you," he said. Pelecanos then went to University of Maryland as a Film Major, but during his time there he took a writing class with a teacher that managed to change his perspective on writing, and he switched majors.

Pelecanos began his career as a novel writer and has written 18 novels to date. He continues to write one novel every year, on top of his TV work. "I give myself a page count. I do all my research up front so I don't have any excuses to leave while I am writing. It's work; you've got to treat it like a job," he said during his presentation.

He had already been writing novels full time before he was contacted to write for "The Wire," a television show set in Baltimore. "It was all happening at once: the Strange novels, D.C. Quartet. Lots of my research carried over, it was synergistic," Pelecanos said.

Pelecanos co-wrote and produced for "The Wire" through its five seasons from 2002 to 2008. He has since stayed with HBO working on shows such as "Treme" and "The Pacific," with HBO being one of the reasons. "HBO is a really great place to work, the gold standard as far as I'm concerned," Pelecanos said regarding his solidarity with HBO.

He is going to New York to begin working on "Boardwalk Empire," a show set in Atlantic City, N.J. and the Prohibition Era. This sort of travel is common for Pelecanos, who will do several months of research prior to writing anything for both his novels and shows and has an extremely strong work ethic. "Some writers think that being a writer is a license to be lazy, since they're seen the creative type. I should be sitting in Starbucks wearing a beret. I don't think that's the way it is. It is a job," he said about working and misconceptions about his job. 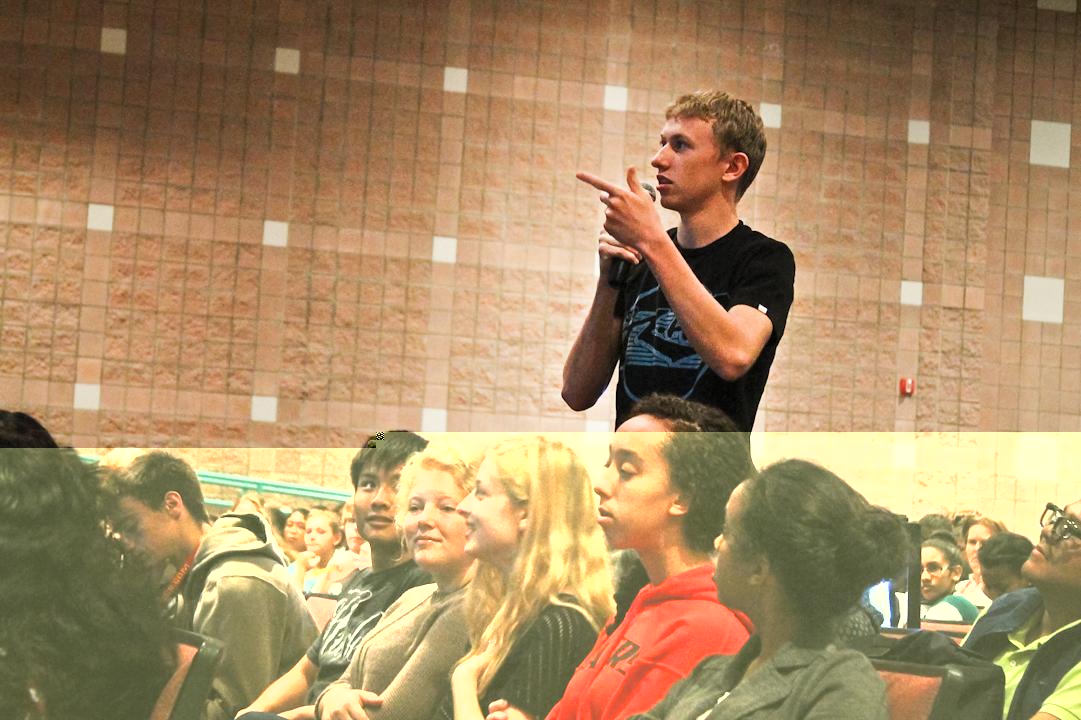 Throughout the presentation, Pelecanos imparted some advice onto Blazers based on his experiences. Close to the beginning of the presentation, he made sure to say that he had grown up around Silver Spring, "I worked two jobs for my first eight novels, and I was 42 when I was able to quit my day job," Pelecanos said about the importance of persistence.

Pelecanos finished his presentation about his life by speaking about what students should expect for the future. "Don't treat college as a place to train for a job, it's an exchange of ideas. You're not going to get that [perfect] job right away," Pelecanos said. "Just follow your dreams, follow your passion, and that's the best advice that I can give you."