Students attended the assembly on Oct. 10

On Thursday, Oct. 10, High School Nation, an organization "dedicated to helping public schools advance in music, arts and sports," hosted an outdoor arts advocacy assembly in the Blair stadium. Students had the opportunity to visit tents run by the event's various sponsors, such as Hollister, Takis and People for the Ethical Treatment of Animals (PETA). Most of the sponsors handed out free merchandise, although some required that students give them their email or social media usernames in exchange for the merchandise. 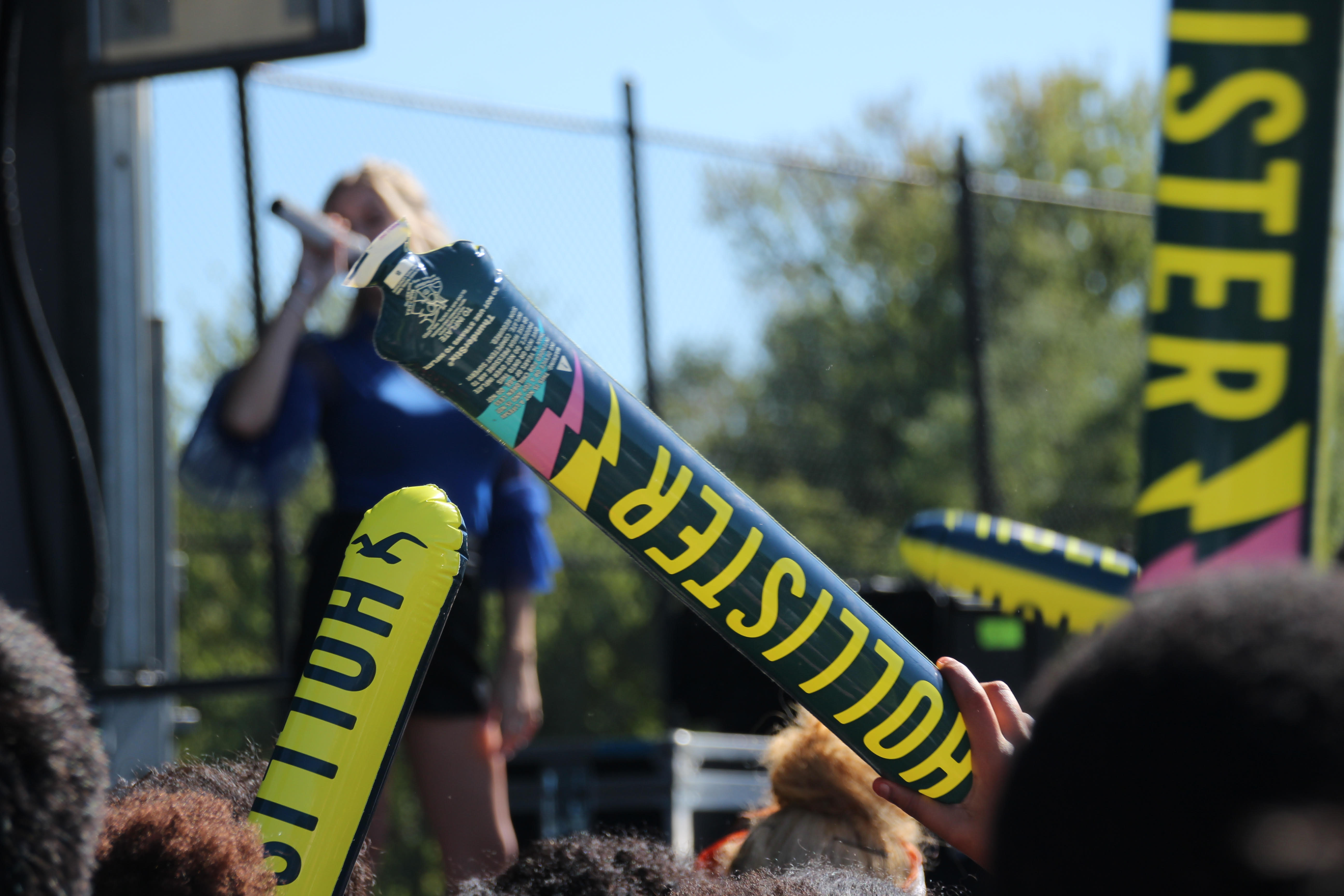 There was also a concert held during the event, featuring artists touring with High School Nation. Micah Blu, Sofi K, Jessame Berry, Carys and headliner Kerri Medders each performed their own singles and covers of other artists' songs. Students had the opportunity to meet the performers and take pictures with them or get autographs throughout the event. Blair's own SoundCloud rapper Ice Cooler, performed a few of his own songs too.

As a poms dancer, Blair sophomore Lottie Doughty thought that it was nice that the school was doing something to promote the arts. "I like that our school's paying attention to the arts because sometimes I feel like schools in general don't put as much emphasis on the arts as I'd like," she said.

Students who chose not to attend because they didn't want to be videotaped by the organization or for other reasons were permitted to stay in the building for quiet studying.

The assembly was controversial due to mixed feelings about High School Nation after it changed the headlining artist at the last minute. More about the controversy can be found here.