Hundreds of students arrive at school, still half-asleep as they walk through the front doors. They expect to be greeted as usual by the crowded and bustling Student Activity Center. Instead, they are surprised by lively traditional Mexican music performed by Mariachi El Rey, a Virginia, Maryland and D.C. based ensemble. For some students, the performance is simply an enjoyable start to their day. For others, it means much more.

Mariachi El Rey's performance kicked off Blair's celebration of National Hispanic Heritage Month, which runs from Sept. 15 to Oct. 15 and recognizes the heritage and culture of 33.9 percent of the student population. Other scheduled events include ¡Fiesta Blair!, a talent show that highlights Latin American culture, for Oct. 10 and a guest talk by Ernie G., a Latino empowerment comedian, on Oct. 12.

In the past, Blair celebrated National Hispanic Heritage Month on a much smaller scale. As Blair's Hispanic population grows, however, the administration is placing more importance on recognizing Hispanic students' backgrounds. "This is the first year we're trying to make one cohesive effort and do something that everybody is aware of and notices," assistant principal Adriana Burgos-Ojeda says. 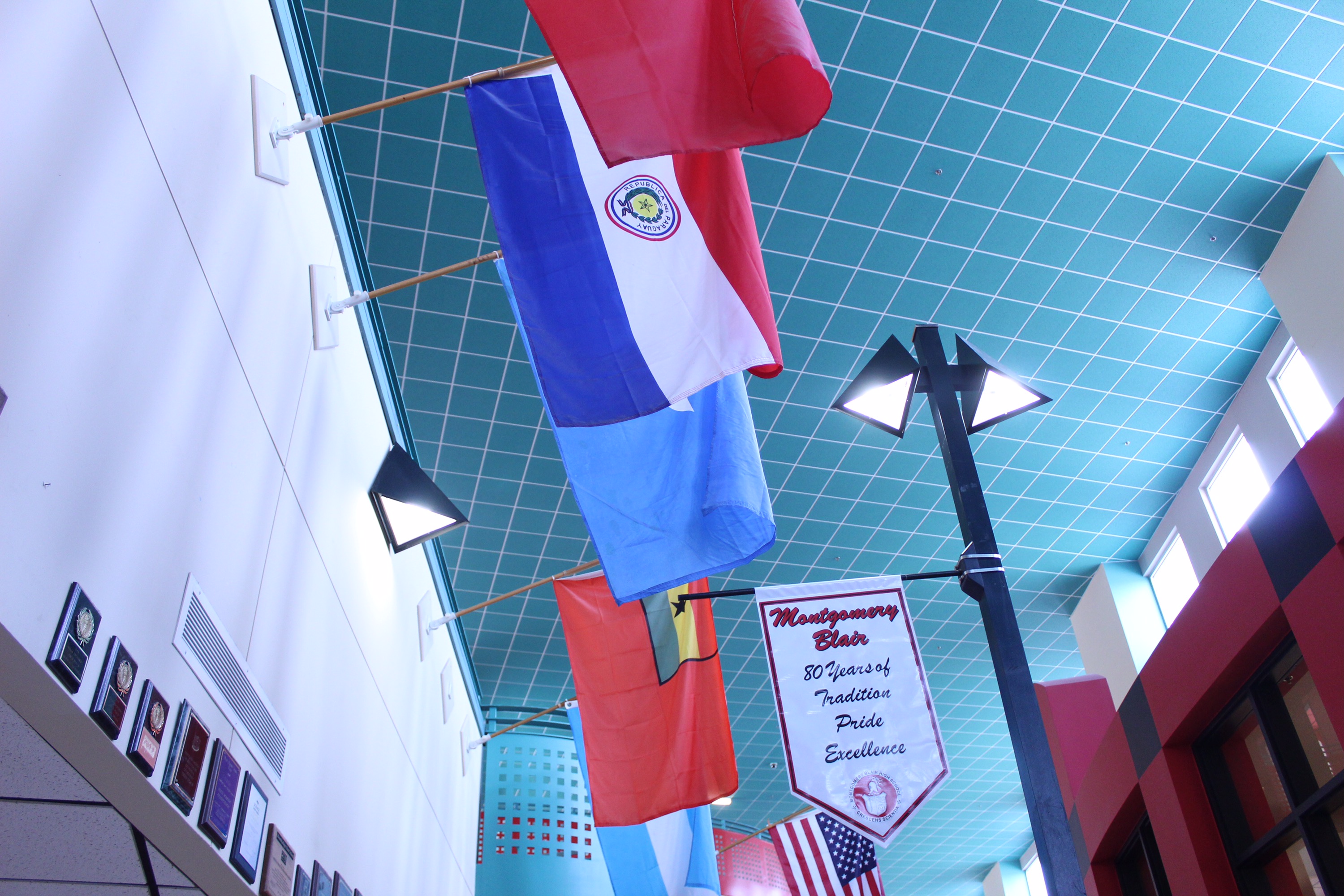 National Hispanic Heritage Month was enacted into law in 1988 and begins on Sept. 15 of every year, marking the independence anniversary of five Latin American countries: Costa Rica, El Salvador, Guatemala, Honduras and Nicaragua. The month-long celebration recognizes the stories, contributions and impact of Hispanic and Latino Americans in the U.S. around the country.

Hispanic students at Blair commend National Hispanic Heritage Month for promoting Hispanic culture among the rest of the school and strengthening their connection to their Hispanic identity. "Now in society we are so judged, but Hispanic Heritage Month makes us stronger and united as whole," junior Emely Guevara says. She emphasizes the importance of standing together in face of discrimination and prejudice from society, especially in response to issues such as immigration laws and racial profiling.

Sophomore Ashley Membreno believes that the celebration allows Hispanic students to bond together and identify with each other. "You can get to know the presence of others that are from Hispanic cultures," she says. The umbrella term 'Hispanic' applies to anyone descended from Spanish-speaking populations, regardless of race, and comprises of people from a large range of countries and origins. Hispanic Heritage Month enables Blazers to learn about their differences by exhibiting the variety of cultures and backgrounds encompassed by 'Hispanic'.

To most Hispanic Blazers, National Hispanic Heritage Month is a cause of celebration for drawing greater acknowledgment, respect and appreciation of their culture. To sophomore Mayerli Cruz, the month-long festivities mean celebrating not only her roots, but her dreams. "It represents immigrants who come to work, get a better life and become someone in the future," she says. Hispanic Heritage Month serves as a reminder for Cruz to work hard and realize the dreams of those before her.

Guevara, who is involved in ¡Fiesta Blair!, encourages schools to host similar events more often in order to broaden students' exposure to their peers' backgrounds. "Fiesta Blair succeeds at making students feel wanted and appreciated for who they are, no matter where they come from," she says. ¡Fiesta Blair!'s ability to ignite a sense of belonging and love for one's culture tells Guevara that events and the celebration of Hispanic heritage should last all-year-round.

While Guevara advocates for more events in honor of Hispanic heritage, Membreno believes that one month is sufficient to celebrate it. Membreno enjoys experiencing the various commemorative heritage months and thinks every culture deserves a turn. "I know MCPS respects Hispanic Heritage Month and wants people to know about it, but there's many more cultures that we can keep celebrating," she says.

Blair's celebration encourages Blazers to better understand each other's backgrounds and bridge the diversity among them. National Hispanic Heritage Month may only last a month, but the appreciation students gain for Hispanic heritage, cultures and traditions will remain.