On Nov. 16, guest speaker Susan Taube discussed her experiences in the Holocaust with Blair students during fifth and sixth periods in room 164. The Jewish Culture Club hosted the event to increase awareness about the impact of discrimination. 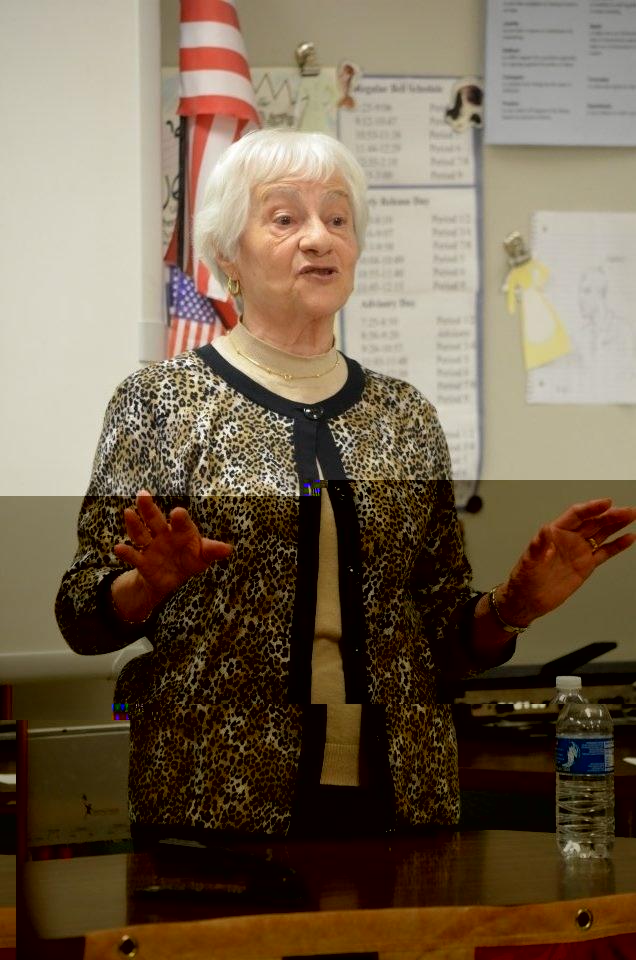 Taube spoke about her journey through several concentration camps after Adolf Hitler's rise to power in Germany, until a group of Russian soldiers finally liberated her in 1945. She described the many hardships she faced along the way, including separation from her family, near-starvation and forced labor in chemically hazardous factories and forest clearing. "You had no control over your life. You were a name, not a body," Taube said.

She also discussed the discrimination she faced befeore the Holocaust, including her prohibition from going to school, vandalism of her family's shop with messages such as "Don't buy from Jews," the repair costs for which insurance companies refused to pay, and the eventual "Night of the Broken Glass," which marked coordinated attacks against Jews throughout Nazi Germany. Taube concluded citing recent examples of violence against a group of people, such as the situation in Libya. "What happened before should never happen again," she said in her presentation.

Jewish Culture Club co-president senior Tommy Raskin said the club invited Taube to speak in order to stress the dangers of prejudice. "We wanted people to understand the conditions leading up to the Holocaust and how different forms of discrimination can get out of hand," Raskin said. He felt that increased understanding will lead to increased ability to prevent further such acts. Taube decided to speak at the event for the same reason. "We have to let people know about what can happen from discrimination, especially young people," she said.

Nina Uzick, the parent of a club member, belongs to Taube's congregation and organized the event. "When [the Jewish Culture Club] was meeting, they were talking about ideas for programming. One of the things they thought about was the lack of knowledge abut the Holocaust, and Susan was gracious enough to come," Uzick said.

Raskin felt that the event was a definite success. "We got a strong turn-out and I think what [Taube] said really resonated with people. She pointed out that countries all over the world who could have taken refugees didn't and victims paid the price for it," he said. Raskin also felt that the event met the Jewish Culture Club's overall goals. "The club is dedicated to social justice and by bringing [Taube] in, we could present to students what exactly we're fighting against," he said.