A poignant look at friendship and the music industry

The cast consists of many established stars. This is Knightley's first singing role in a film, something which is hard to believe once her pitch-perfect and unique voice is heard. Not only does she come over as a natural singer, but she also fits perfectly into the role of Gretta with her witty banter and spontaneous ideas. Levine and Cee Lo Green (Troublegum/himself), both well-known singers, are experimenting with acting for the first time in this movie. Although they both successfully portray their characters, it does seem as if they are doing little more than merely playing themselves.

While Dave is on the road in his glitzy tour bus, Gretta, Dan and the band are recording their album. Their recording journey is filled with the sound of sirens, the shouts of neighbors, the lapping of the Central Park pond and the rush of the subway in the background. The contrast between the two sides of the New York City music industry is as realistic and important to the film as the relationships between the characters are. The scenes are constantly switching from the glamorous homes and offices of successful and commercialized musicians and producers to the cramped apartments and dirty streets where Gretta and her friends make their music. This technique helps to critically examine the way music is developing today and simplifies the complicated aspects of the industry to viewers who are unfamiliar with it. 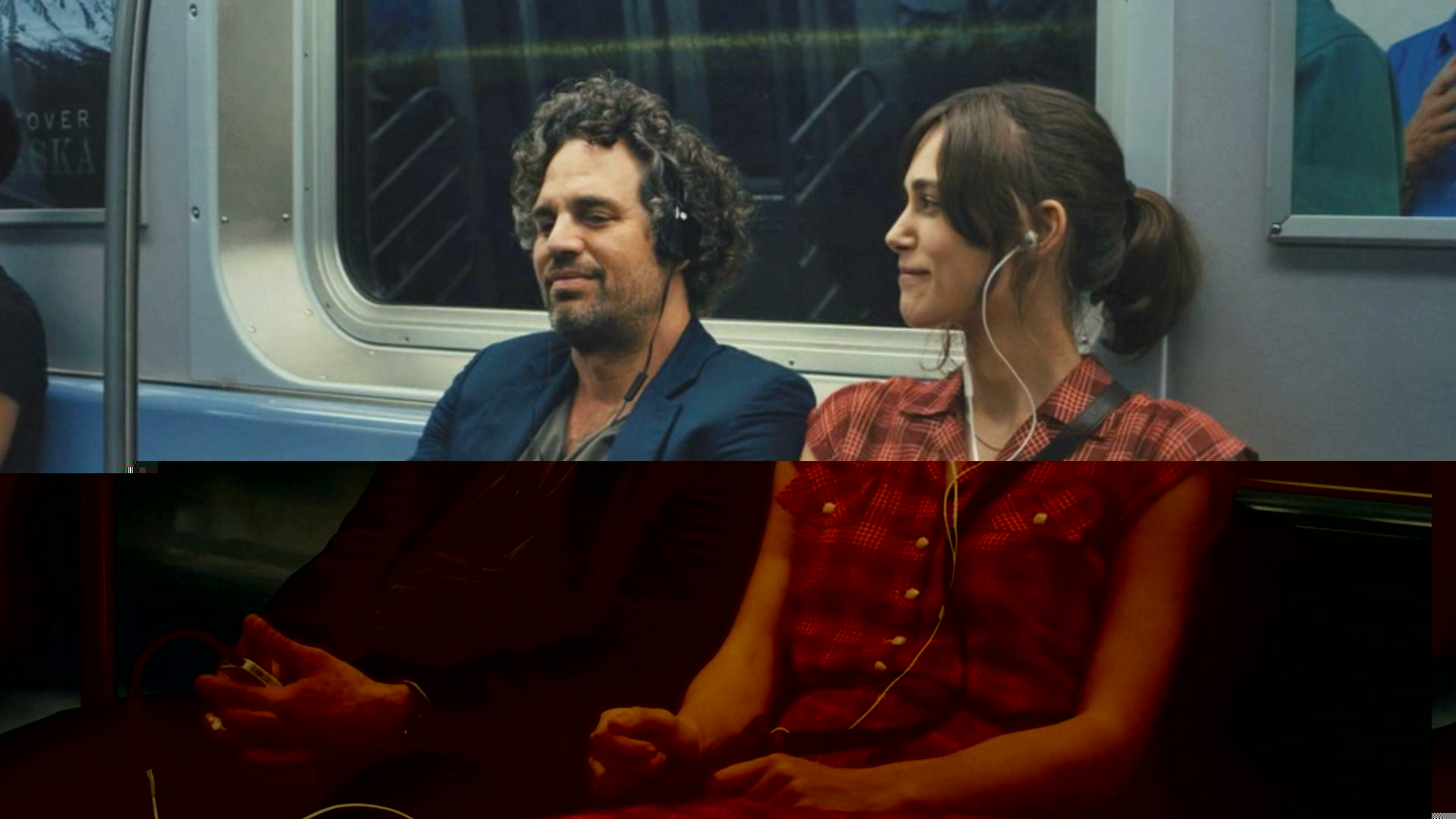 Photo: Dan (Mark Ruffalo) and Gretta (Keira Knightley) begin a friendship and a radical project of recording an album outdoors in the middle of New York City.

Photo: Dan (Mark Ruffalo) and Gretta (Keira Knightley) begin a friendship and a radical project of recording an album outdoors in the middle of New York City. Photo courtesy of nbcnews.


Writer and director John Carney uniquely makes the soundtrack a major focus of the film. The songs, written by Gregg Alexander, are mellow and poignant, and at times a bit monotonous. They do however, highlight some very moving moments in the movie. For example, when Dan's daughter Violet (Hailee Steinfeld) finally breaks out of her shell, she plays a spontaneous and rocking guitar solo.

"Begin Again” is a movie which is primarily centered around the convoluted system of the music industry and how a singer and a producer are able to break out of that, but it is also about friendship, love, and the daunting and exciting mess that is New York City.