In case of emergency

It's a typical disaster drill, students calmly exiting their classrooms in single file lines toward their designated gathering sites…Let's not kid ourselves. In reality, bright lights flash as the automated voice repeating drill instructions is drowned out and altogether ignored by the thousands of students making their way to "safety.” The monotone voice is almost always greeted by fist pumps, the scraping of chairs being pushed away from desks and choruses of "yesssss.” In light of the recent surge in disaster drills, it has become this reporter's responsibility to inform readers of the most effective ways to escape the school with all their fingers and toes.

The most common drill, the fire drill, is also, the disaster that is most likely to happen. Due to the Snowpocalypse(when in doubt, blame the snow), there are several fire drills that need to be squeezed into the ever-dwindling amount of time before summer vacation. Unfortunately, during every fire drill about half of the student population ends up imitating chickens with their heads cut off as they invariably end up at the wrong meeting place. Now that we've lost our use of Blazer Stadium and the luxury of meeting our advisory teachers on the bleachers, our evacuation is really out of whack. Directions such as "Meet near the tennis courts” really must be more specific. A five-page instructional pamphlet complete with a coloring page and a pop-up map and directions as specific as "Meet near the tennis courts on the side closest to the track about five paces from the animal-print trash can” give students a much better picture of where they need to assemble.

As if five fire evacuations will not make us disaster-ready, a few weeks ago, the school was subject to one more unusual disaster drill. This time, we prepared for the ever-present threat that a tornado could tear through the Silver Spring area and do some serious damage to the building during school hours. The administration's drill worked well enough, but if a tornado is making a beeline for Blair it will most likely damage the outer edges of the building as well as the top. Rather than evacuating the second floor first, save the poor souls stuck and vulnerable on the third floor before moving on to the rest of the school. Alternatively, a great place to keep students safe would be the legendary fourth floor pool. And then as a last resort, close your eyes, click your ruby slippers together and repeat "There's no place like home” and hope to be transported home or to some place as nice as Oz, and preferably devoid of tornados. 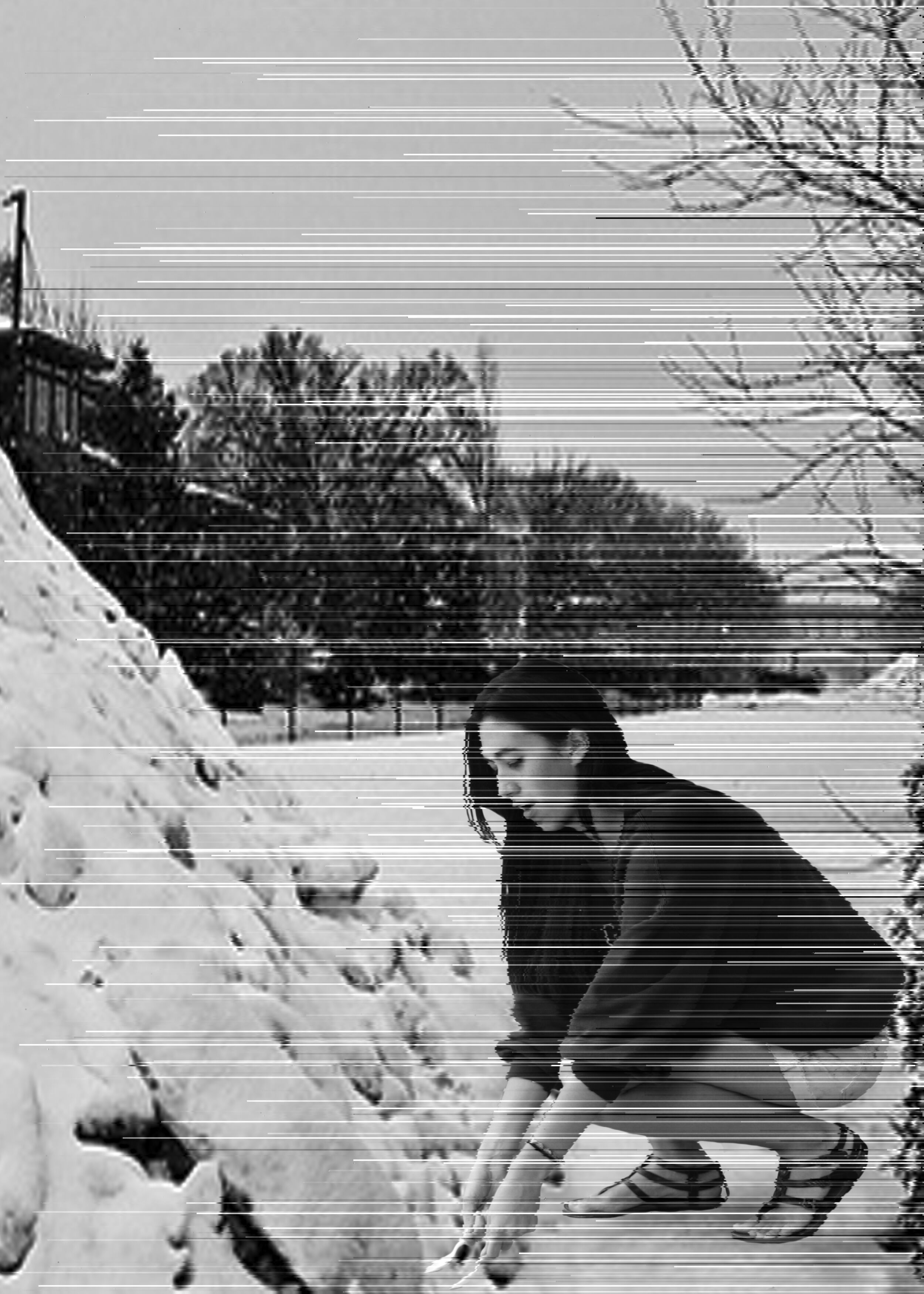 Photo: Jialin has discovered a fail-proof snow escape strategy: tunnel out by spoon.

Photo: Jialin has discovered a fail-proof snow escape strategy: tunnel out by spoon.

Now picture this, instead of being trapped at home during a monster snowstorm, the entire school is stranded in the building under several feet of fluffy, white snow. It may seem like a treat, but when people start to realize that they don't have blankets or pillows, things may take a turn for the worse. If you were stuck inside with your family for a week, you may recall the ever-growing desire to strangle your siblings. Now imagine that feeling multiplied by a thousand. Students would be forced to sleep on the cold, hard floors without even a bedtime story. And in order to escape, students would have to start carving out tunnels in the snow to make it easier for people on the outside to reach them. Without any shovels, you'll have to dig with spoons from the cafeteria. It may seem like an impossible task, but when faced with the prospect of hot chocolate covered in whipped cream and marshmallows, the job would be finished in no time at all. 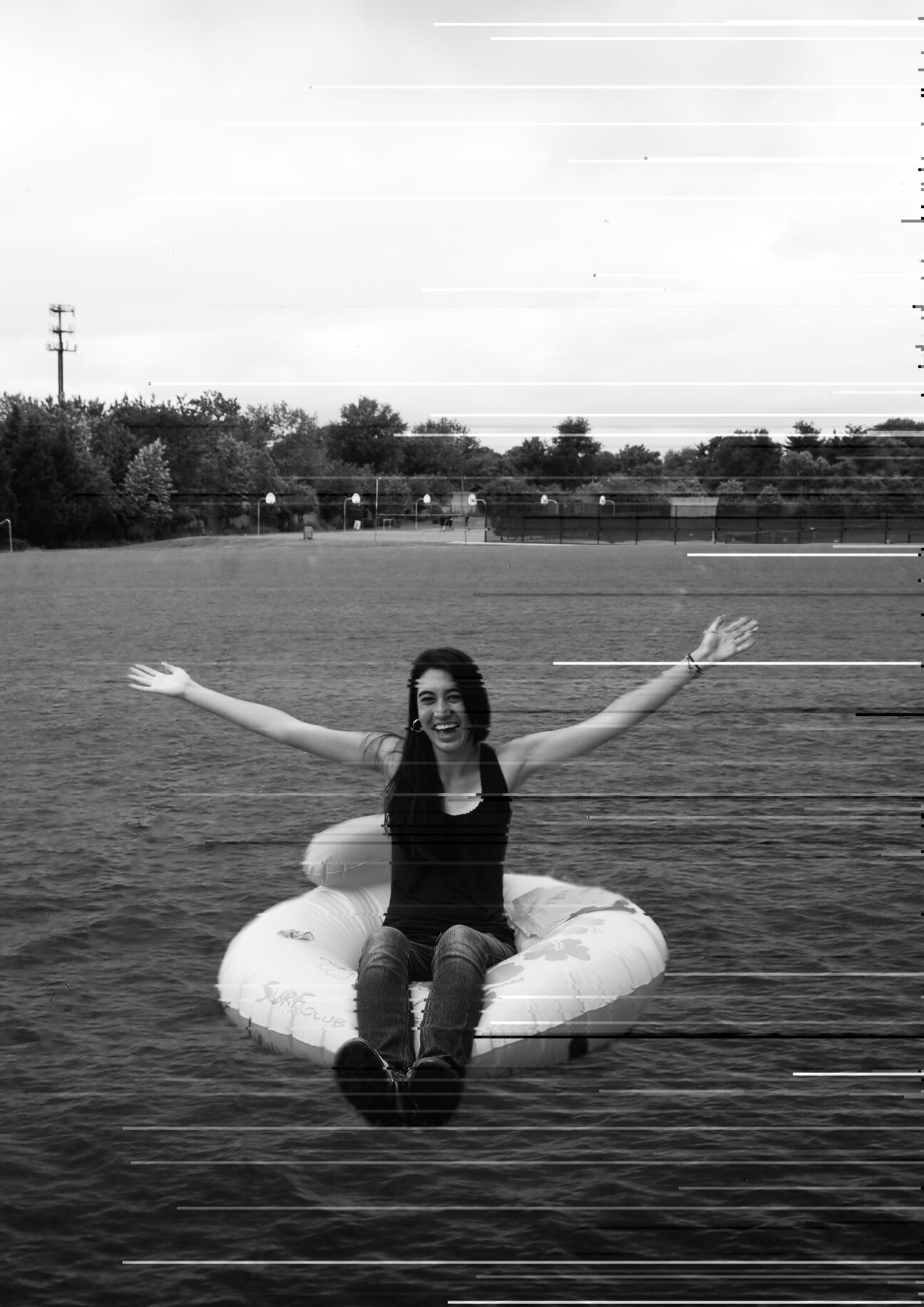 Photo: In case of megaflood, inner tubes are key.

Photo: In case of megaflood, inner tubes are key.

Although it's more unlikely than fire, tornado or snowpocalypse, we still must visit the possibility of a flood threatening the school. The amount of water needed to flood Blair would be much more than any passing showers could throw at us, but the administration needs a plan, just in case. Now at first glance, it would seem that simply ordering the first floor to evacuate to the second and third floors would quickly solve the problem. But once safely on the dry floors, the question arises of how we would escape the hallways-turned-rivers below. The answer is simple: We can all patiently wait until the teachers pass out standard issue inner tubes, along with handy-dandy paddles to help us reach safety. Once everyone is safely on an inflatable device, the hallways could double as a Lazy River. Just follow the teachers instructions (not unlike a flight attendant's demonstration just before takeoff) to successfully inflate your floatation device and depending on whether or not you receive the collapsible paddle, you can assemble the paddle and prepare for a swift getaway.

More terrifying than fire, flood, snow or tornado would be the ultimate threat to the school's safety. If the school should ever be so unlucky as to provoke the wrath of Lord Voldemort, say by threatening to dress Nagini up like a ballerina, or by standing in between him and Harry Potter, we must be prepared to defend ourselves. First and foremost, the Room of Requirement must be found so that it can provide us with wands and enchanted suits of armor that can be directed to help protect the Blair castle. Once the school is fortified against the basic spells and attacks, there is really nothing else to do but pull out your Dumbledore's Army coins and summon Neville Longbottom, Dark wizard defeater extraordinaire. If he happens to slip away for a while, never fear because he is most likely out decapitating the last of the Horcruxes to give Harry a chance to do his thang and save the Wizarding world, as well as all of us Muggles. And by Muggles, I mean Blazers.