This is not original reporting. All information has been compiled from CNN and Reuters. Silver Chips Online posts this news summary to provide readers with a forum for discussion. 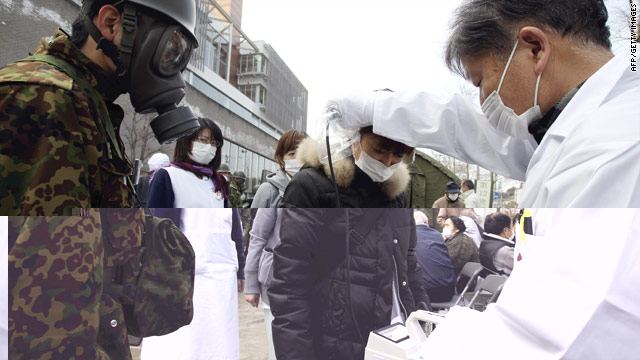 April 11 - Japanese officials increased the threat level at the Fukushima Daiichi nuclear plant from a five to a seven, the highest level on the international scale for nuclear accidents. The increase puts the incident at a level on par with the 1986 Chernobyl Nuclear Power Plant accident in the former Soviet Union; however, scientists believe the amount of radiation released is only a tenth of what was released at Chernobyl. Still, the amount of chemicals spewed into the air exceed the threshold for a top-scale event. The accident occurred on March 11 after a 9.0 earthquake and proceeding tsunami knocked out the plant's cooling systems, causing its reactors to overheat.

Tripoli, Libya
April 10 - The African Union's attempt to create an agreement with Libyan leader Moammar Gadhafi that would end the nation's civil war appeared to fall short after more launches of attacks by both Gadhafi's troops and rebel forces. South African President Jacob Zuma told the press on Sunday that Gadhafi had accepted a plan for a ceasefire to lead to peace in his nation. The same day, government attacks and violent rebel responses occurred in several Libyan cities. Zuma and four other African heads of state met in Tripoli for the talks on Sunday. 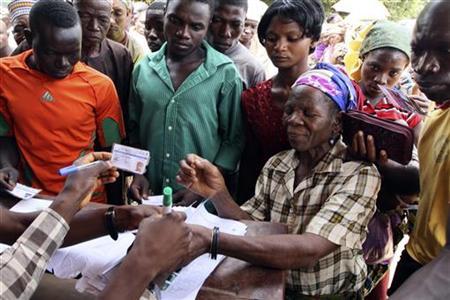 Photo: Despite a deadly bombing in the country's north, Nigerian officials called their elections on Saturday successful.

Photo: Despite a deadly bombing in the country's north, Nigerian officials called their elections on Saturday successful.

April 9 - Nigeria's first round of government elections on Saturday was deemed successful, despite violence and reported rigging. In the northeastern region of the country bombs went off at a voting and counting center and a radical Islam sect set fire to a hotel, causing the death of one politician. Still, officials declared the elections peaceful overall. The election, held to determine the officials on the country's National Assembly, was delayed from its original date of April 2 due to reports of missing ballot sheets and boxes. The country will hold its presidential election on April 16 and its gubernatorial election on April 26.

Rio de Janeiro, Brazil
April 7 - A gunman raided a Brazilian elementary school, killing 12 children and injuring about 30 others before committing suicide. Wellington Oliveira, 23, had once attended the Tasso da Silveira school in the working class neighborhood of Rio de Janeiro. Police have not yet determined a motive, though Oliveira left behind an incoherent suicide note. According to police, he told the staff that he was inside to give a lecture. After roaming the halls for several minutes he started to shoot his gun, firing about 30 rounds. About 400 people were in the building at the time. No one has yet come forward to claim Oliveira's body. 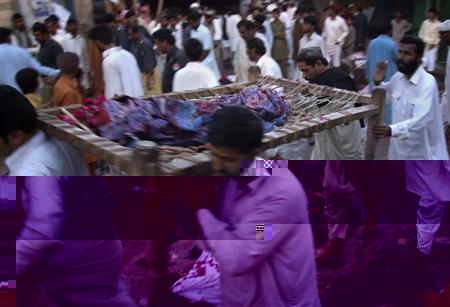 Photo: Analysts believe that the recent bombing at a Sufi shrine in Pakistan is fueled by more than just religious hatred.

Photo: Analysts believe that the recent bombing at a Sufi shrine in Pakistan is fueled by more than just religious hatred.

Multan, Pakistan
April 3 - Two Taliban bombs that exploded during a religious ceremony at a Sufi shrine in Pakistan killed at least 41 people and injured many more. Analysts believe that the militia group is no longer launching attacks solely for the purpose of religious hatred, but is now attacking in a strategic manner to weaken the Pakistani government. The Taliban follow the Sunni branch of Islam and are known for causing terror upon the Shi'te and Sufi Muslim and Christian minorities in the country.