International News Roundup for May 21- June 3

This is not original reporting. All information has been compiled from CNN, The Washington Post, the Associated Press and ABC News. Silver Chips Online posts this news summary to provide readers with a forum for discussion. 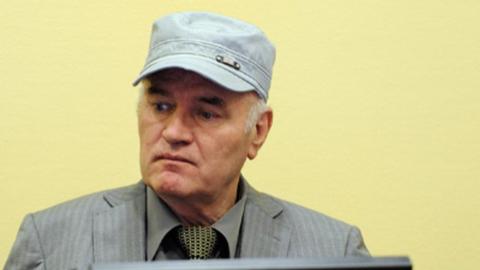 Photo: Former Bosnian Serb military chief Gen. Ratko Mladic was arraigned for charges including war crimes and genocide that occurred during the Bosnian War in the early 1990s.

Photo: Former Bosnian Serb military chief Gen. Ratko Mladic was arraigned for charges including war crimes and genocide that occurred during the Bosnian War in the early 1990s.

The Hague, Netherlands
June 2- Former Bosnian Serb military chief Gen. Ratko Mladic refused to admit to charges that he was responsible for the death of over 100,000 Muslims and non-Serbs during the Bosnian War between 1992 and 1995. Mladic is charged with genocide, extermination, murder, persecutions, deportation, inhumane acts and other crimes. He and 160 others involved in the war are being indicted at the International Criminal Tribunal for the former Yugoslavia in the Netherlands.

Sana'a, Yemen
June 3- Islamic fundamentalist rebels attacked the Yemini presidential palace last Friday. The attack injured President Ali Abdullah Saleh while he was in the presidential mosque. According to one of Saleh's speeches, the attack came while he was in talks with rebels. In response to the palace attack, Yemeni security forces raided the home of Sadeq al-Ahmar, the tribal leader who is suspected of being involved in the presidential palace attack. The attack on his home killed 10 people and wounded 35 others.

Luebeck, Germany
May 31- The rapidly developing European E. coli outbreak has killed 19 people and sickened thousands, including four suspected cases in the United States. Seventeen people in Lubeck, Germany fell ill in May, yet the exact location of origination remains unknown. Those in the United States that have been affected by the outbreak are suspected to have traveled to northern Germany and brought the infection back to the country. The Food and Drug Administration (FDA) is monitoring lettuce, tomatoes and cucumbers from Spain and Germany for the infection.

Juba, Sudan
May 27- Only a few weeks before the planned separation of North and South Sudan as two separate countries, rumors that the North planned to occupy territory along the border have spread. Sudanese president Omar Hassan al-Bashir decided to seize the border city of Abyei, which caused thousands of citizens to flee. This has also caused fears of war between the North and South over the contested region. Despite his approval of the January referendum splitting the two countries, Bashir's recent actions have led the United States to question whether or not to take Sudan off the list of state sponsors of terror.