International News Roundup for May 7 – May 20

Tripoli, Libya
May 20 – North Atlantic Treaty Organization (NATO) jets attacked three Libyan sea ports overnight and destroyed eight Libyan warships. The campaign was intended to weaken Libyan leader Moammar Gadhafi's forces, which Gadhafi used to attack civilians. The NATO attack severely reduced the power of Gadhafi's forces. According to the National Transitional Council in Benghazi, rebel forces in the western Libyan Nafusa Mountains were suffering from heavy attacks earlier this week and subsequently issued a call for help. Other attacks by pro-Gadhafi forces have occurred in Zintan which has been reporting near constant attack, killing one in every six people, according to the International Medical Corps. 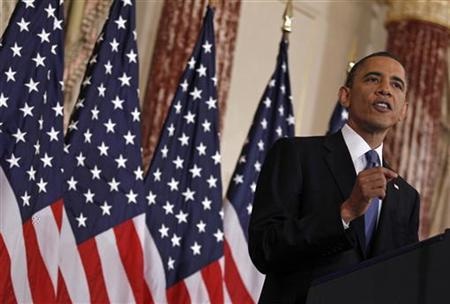 Photo: On May 19, President Barack Obama gave a speech which suggested the Israel-Palestine border return to its 1967 lines.

Photo: On May 19, President Barack Obama gave a speech which suggested the Israel-Palestine border return to its 1967 lines.

Washington, D.C.
May 19 – After President Barack Obama gave a speech about the state of the Palestinian and Israeli tension, anger arose in the Middle East from the president's suggestion for the states to return to their 1967 borders. The president's suggestion was intended to present a solution to resolve the conflict and ensure Israel's existence as a democratic state. This settlement would require Israeli military to leave the West Bank and would not permanently establish a territory for Jerusalem. President Obama is scheduled to hold a conference with Israeli Prime Minister Benjamin Netanyahu who was furious with the preposition and called the 1967 boundaries "indefensible."

Madrid, Spain
May 18 – Protests erupted in Madrid's central Puerta del Sol plaza on Wednesday against the economic crisis and high unemployment level. Social media networks fueled the protests where the demonstration was organized. The protests informed people to gather in the streets before the elections took place. The demonstrators protested the 21 percent unemployment rate and the record breaking high of 4.9 million unemployed people. Thousands of people came out to protest and a few hundred had camped out the night before. 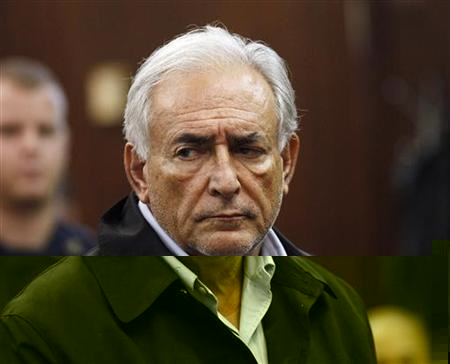 Photo: Dominique Strauss-Kahn, leader of the International Monetary Fund, was granted bail and released from jail after he faced charges for sexual assault.

Photo: Dominique Strauss-Kahn, leader of the International Monetary Fund, was granted bail and released from jail after he faced charges for sexual assault.

New York, USA
May 14 – Former International Monetary Fund (IMF) chief Dominique Strauss-Kahn was arrested on allegations for sexual assault of a maid in his New York City hotel room on Saturday. Since his arraignment on Monday, Strauss-Kahn has been held in the Rikers Island jail complex under suicide watch. He was charged with seven criminal charges but was granted bail on Thursday and released from jail on Friday. He will stay under house arrest and security watch in an apartment in Manhattan. Feeling compelled to step down from his position, Strauss-Kahn officially resigned as the IMF chief on Thursday due to pressures.


Allison Daitch. "Are you a mod or a rocker?" "No, I'm a mocker." I'm Allison, a.k.a. Allie. I love The Office, How I Met Your Mother, Seinfeld and Harry Potter. I could live off of Cosi TBMs and Signature Salads, with the occasional Quattro Formaggio pizza thrown … More »