Nnamdi moderated the conversation between the community and Montgomery County Public Schools (MCPS) officials on school boundaries, diversity and the achievement gap. The discussion was recorded as an installment of The Kojo Nnamdi Show's 20th-anniversary celebration.

The evening began with a mock debate between members of the Springbrook High School debate team on whether or not increasing diversity in MCPS would close the achievement gap. One side argued that diversity allows students to be "exposed to the challenges, world-views and experiences of students from a broad range of ethnic, economic or racial groups." The other side countered that while redrawing district boundaries may increase diversity "in the optical sense," they are unable to close the opportunity gap in practice. 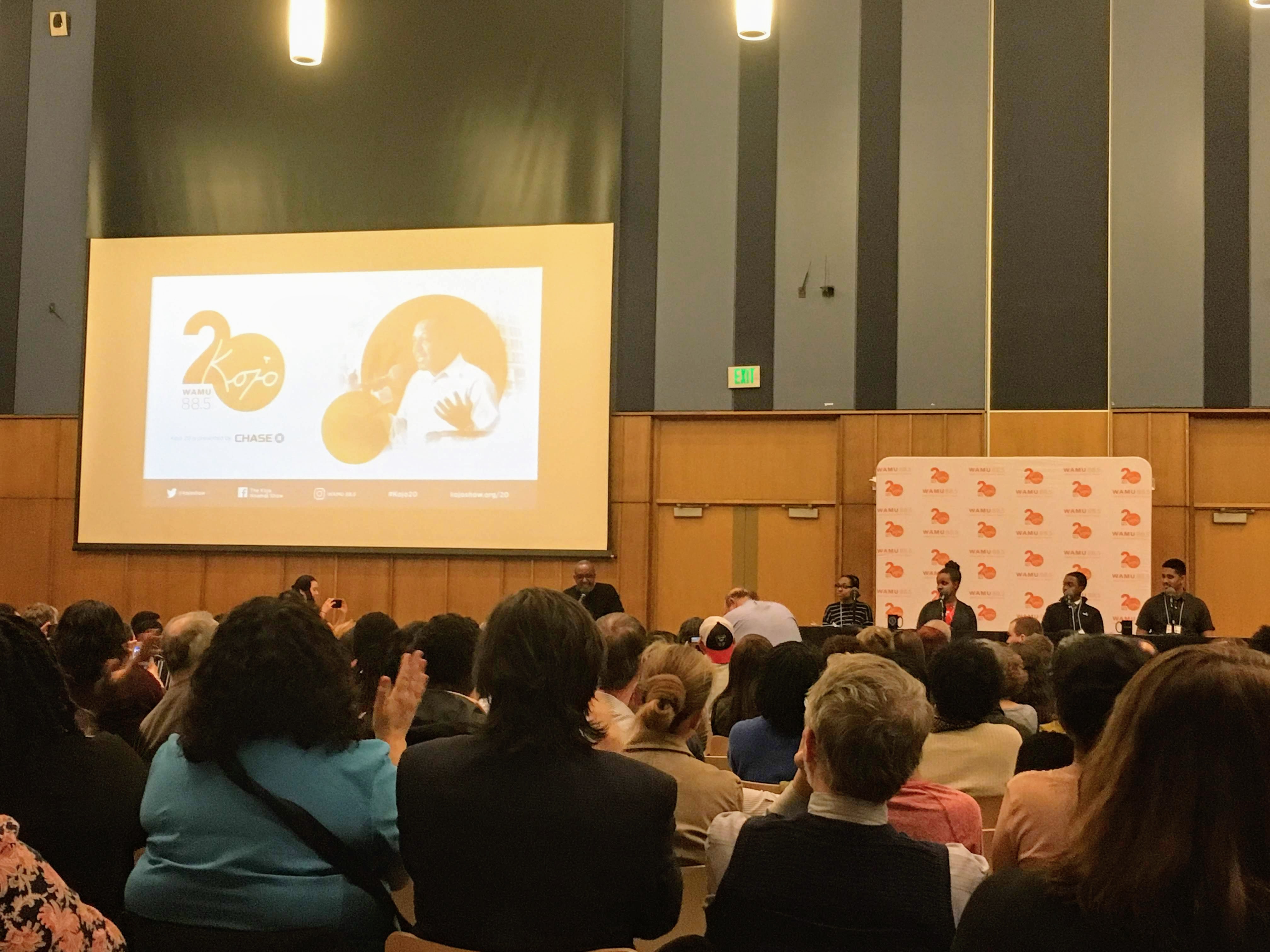 On Jan. 8, the Board passed Tadikonda's proposal calling for a countywide school boundary analysis. According to Tadikonda, the study ensures that the Board is "looking at the county as one big picture" in regards to facility utilization and student body diversity issues. The data will arm the Board to make informed decisions about boundary changes.

Alvarenga argued that boundary changes are not the answer. "I don't think tearing communities apart, busing students from one neighborhood to another neighborhood just to make it look better on paper is good," he said. Due to the large growth of minorities in Montgomery County in the last 50 years, he believes the county's demographics will continue changing. "It's an organic thing that's going to continue happening in Montgomery County, and I don't think we should force it and spend millions of dollars to make it look the way it's going to look as it continues to grow," he said.

Attending students also shared their thoughts about intraschool diversity and how it impacts their experiences at school. "I've seen that despite the diversity in the numbers at my school, friend groups have still been extremely segregated and prejudiced against each other. Something we really need to reconcile as a county going beyond optical diversity is changing our cultural view of who can be excellent and who can achieve," Richard Montgomery freshman Uma Fox said.

Community members brought up concerns about factors besides diversity that widen the student achievement gap, such as unstable housing, large student-to-teacher ratios and the consortiums.

Listen to the show on NPR or PlayerFM.