The girls' varsity basketball team (2-0) narrowly beat the Kennedy Cavaliers (0-2) Friday night by a score of 46-44. In an extremely close and physical game, the Lady Blazers made up for missed opportunities with determination in the last nerve-racking minutes. 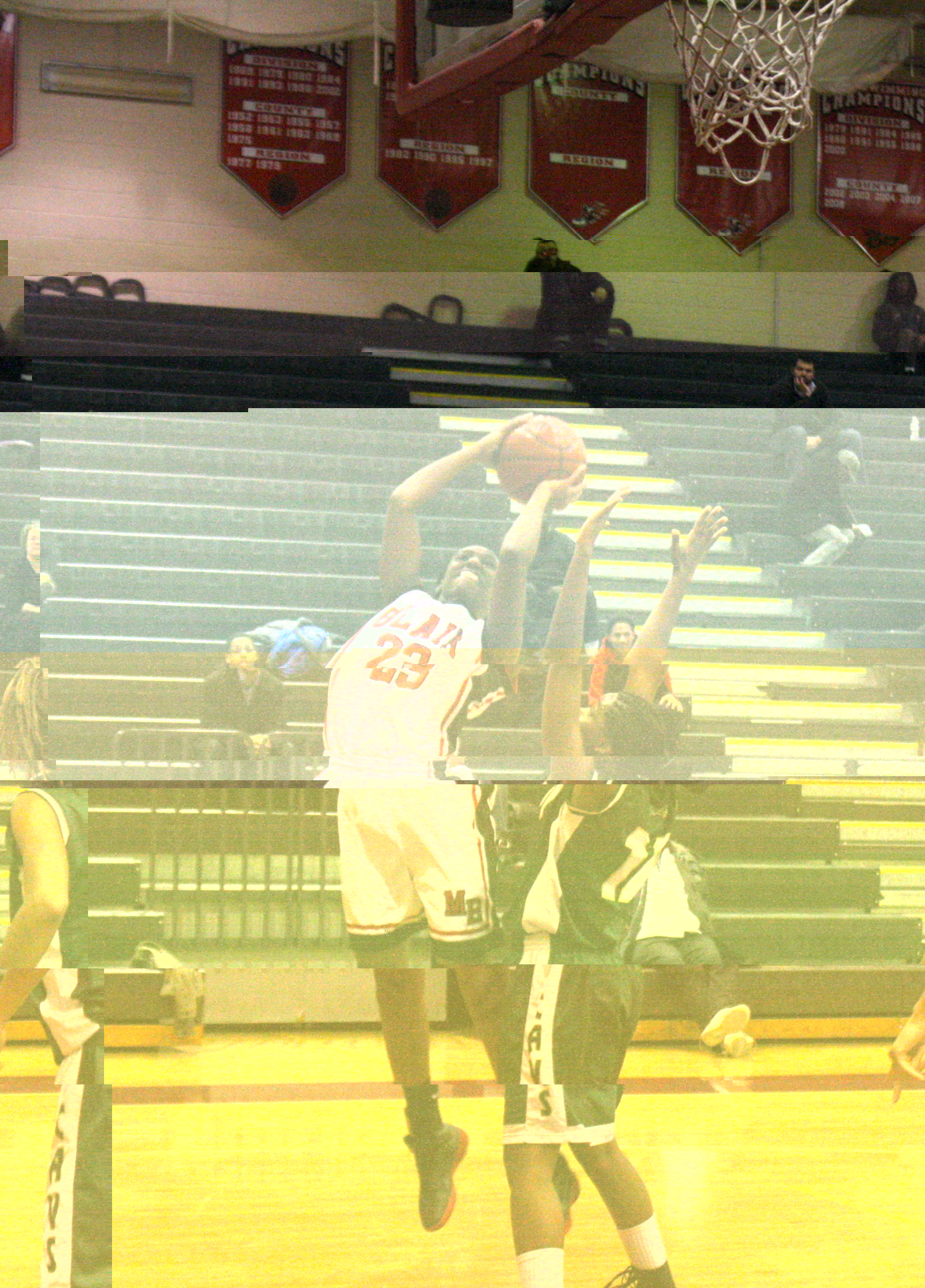 It was in the last five minutes of the game, with the score tied because of Kennedy's successful free-throws, that Blair fought its hardest. Junior forward Johanna Lopez scored the game-winning basket with two seconds left on the clock.

Though in the lead for most of the game, the Lady Blazers appeared overwhelmed by the Cavaliers' resilient aggressiveness and style of play. Blair defense was slow to cover Kennedy's well-positioned offense and had a hard time breaking Kennedy's possession. But when Blair had possession of the ball, they made good use of it and scored numerous points.

The game was full of fouling that allowed both teams to gain many points through free-throws. Junior Morgan Chase led the Blazers with the highest number of winning free-throws: five out of seven. Midway through the fourth quarter each team had racked up ten fouls, and so the double bonus rule (in which for each additional foul the other team gets 2 free-throws) was implemented.

As a result of the double bonus rule, Kennedy sunk two free-throws and tied with Blair. The two teams battled back and forth until Blair seized the ball and implemented a strong offensive press. With two seconds remaining Lopez scored the final, game determining basket. 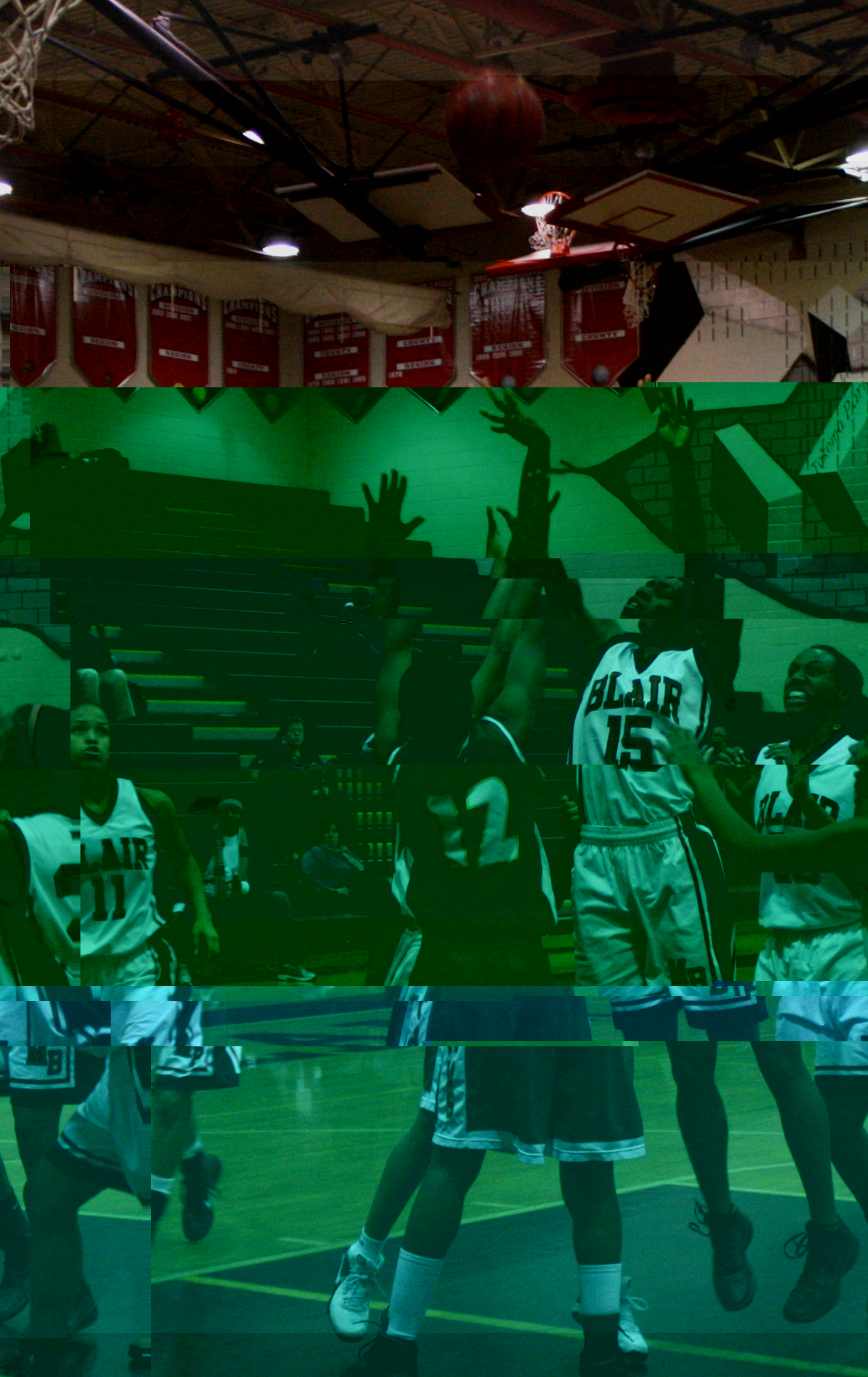 Photo: Senior Forward Sarah McMillian, flanked by her teammates, attempts to shoot past a Cavaliers' defense.

Photo: Senior Forward Sarah McMillian, flanked by her teammates, attempts to shoot past a Cavaliers' defense.

Lopez thinks that this final play was a culmination of the improvements Blair made throughout the game. "The press helped turn the game around. At first defense was slow, but it definitely picked up. We were getting more steals and our offense wasn't as rushed," she said. Lopez felt that the end of the game trap was the critical play.

Constant back-and-forth play allowed the Lady Blazers to work together as a team. Junior point guard Gabrielle Smith tag-teamed with senior forward Sarah McMillian to defend the basket. The Blazers also built off of their teammate's excitement. After one person scored the entire team would take on that offensive aggressiveness. Lopez scored the most points throughout the game (16) and junior point guard Myla Sapp came in a close second with 14.

Blair had fallen into a fourth quarter slump in which Kennedy scored 13 points consecutively before they were about to rally and get the win.

Head Coach Erin Conley celebrated the team's determination throughout the game, but saw many factors to work on in the future. "The best thing was that we were persistent until the last few seconds but we need to work on our shooting, layups and running offense," she said.

The girls' basketball team will play their next home game on Monday, Dec. 20 against Wheaton at 7 p.m.