Several bills currently in the Maryland General Assembly are intended to expand the definition of criminal harassment to include text and other forms of electronic messaging, in addition to messages sent via social networking sites. The Assembly met on Jan. 19 to discuss these proposals. 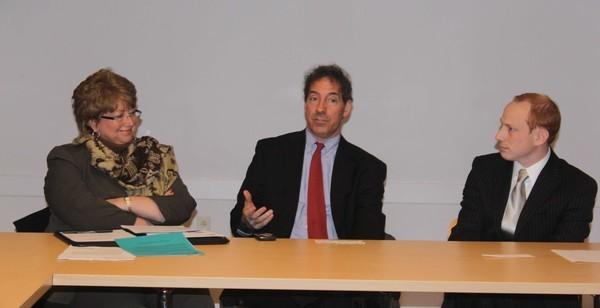 Harassment sent over email is the only type addressed by the current law. Delegate Mary Washington (D-43) of Baltimore supports a bill designed to expand the law to include any electronic transmission of information or data that Maryland law considers harassing or obscene. "Under Maryland law, Facebook didn't exist," Washington said in a press release. Washington's bill is currently being debated in the House. Twenty-two other states have passed laws similar to Washington's proposal.

Senator Jamie Raskin of Takoma Park is sponsoring a State Senate bill identical to Washington's bill. In terms of social networking, Raskin and Washington's bills would only apply to messages sent privately or posted on a private profile. However, if the offensive or derogatory messages are posted on a public website or blog, they will not be covered by the bill because such expression can be considered free speech. "You cross the criminal line when you take that message directly to that person through telephone, email or texts," Raskin said in the press release. A State Senate hearing for Raskin's bill was set for February 2.

The Maryland branch of the American Civil Liberties Union (ACLU) opposes Washington's bill because of its vague definition of the term "harassment", according to Melissa Goemann, the Maryland Legislative Director of the ACLU. "Expanding the scope of the statute in the way that this bill does would serve to further exacerbate the problem," Goemann said during a Jan. 19 hearing on the bill.

Senator James Brochin of Towson also filed for a bill that seeks to regulate electronic harassment. Brochin's bill contains a more concrete definition of the electronic devices that the law would cover. According to the Gazette, the bill prohibits sending electronic messages that are intended to "terrify, intimidate or harass another person" or "place another person in reasonable fear of injury or physical harm to that person or the property of that person."

According to The Gazette, Brochin's bill doesn't apply to a peaceable activity that intends to express a political view or provide information to others. He filed his bill in response to one of his constituents, who told him that her ex-husband was continually harassing and intimidating her electronically. "We're trying to find legislation to deal with technology that the founders couldn't envision," he stated in a press release.