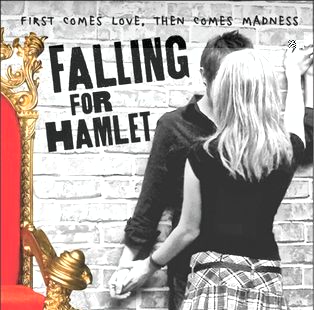 The inspiration for the novel came from Ray's love of the original play and a production of "Hamlet" performed by Washington's Shakespeare Theatre Company. The theater company performed a modern dress version of "Hamlet" that left a big impression on her. While watching the show, Ray noticed the unorthodox approach to the play, which piqued her interest. "I loved that they were wearing jeans and sweatshirts and such, but they were doing all the lines of the original Shakespeare. As the play progressed, it became really clear that the themes of friendship, love, betrayal, jealousy and revenge made sense in any era," Ray said.

The production of the play made Ray think about why a modern day Ophelia would want to kill herself. This then led her to think about a twist, which resides in her novel. "What I didn't like about the production was Ophelia's madness and possible suicide. I couldn't figure out why a modern girl would go nuts and kill herself over a boy," Ray said. "On my way to the subway after the show, I kept thinking about her and asking, 'Why would she kill herself?' By the time I got to Silver Spring, the question had morphed into, 'What if she didn't?' Thus the story was born."

"Falling for Hamlet" is from Ophelia's point of view, unlike Shakespeare's version, because Ray believed that Ophelia directly speaking to the readers rather than to other characters shows how her character grows from experiences. "Ophelia needed a new ending, and I thought the best way to tell her story was in her own voice. Her attitude and way of speaking were quite strong in my mind from the beginning," Ray said.

Ray did not always plan to be a writer in the past, but rather a director or a teacher. She studied directing in college later but decided to be a teacher. Ray teaches students in the Humanities and Communication Magnet Program within EMS. She also directs the school plays at EMS. Ray has been teaching for 15 years, three of which have been at EMS. Her middle school students even helped her throughout the book's development. "The class I had two years ago even got to help work with me on titles…In fact, it gives me a bit more room to make fun of their complaints about re-writing a single paragraph when I show them my 375 pages of re-writes," she said.

Ray would like to write more modernized stories based on Shakespeare's works and other classics. "I love modern twists on known stories, and love the challenge of transferring them to a different setting," Ray said.

Additionally, Ray has a kid-friendly Facebook page called "Michelle Ray writer" where she and others post about her writing. On her site she includes a page about herself, books, Shakespeare, teaching, news and reviews, comments and a contact page. "It's an interesting forum because it shows where my head is at any given moment. I hope it gives insight into how long the publication process is and how rocky the creative process can be," she said.

For more information regarding "Falling For Hamlet" or about Michelle Ray, please visit her web site.